After blogging for so many years, it's easy for some of my older posts to fall through the cracks and not get the love they deserve. 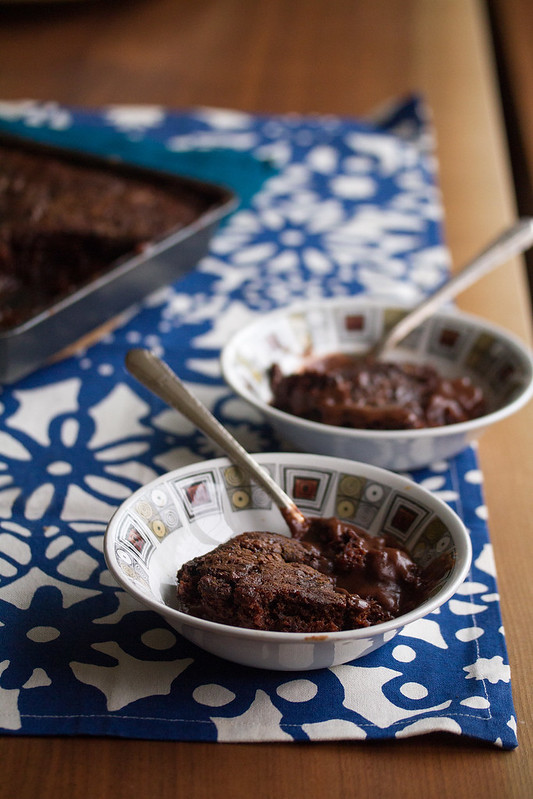 For instance, look at my Warm Raspberry-Chocolate Pudding Cake. It's the kind of recipe that should get pretty regular traffic - it's stupidly easy to make, tastes amazing, and it's super chocolatey.

What more could anyone ask for? (Okay, maybe a million dollars and a pony, but I haven't figured out the recipe for that.) 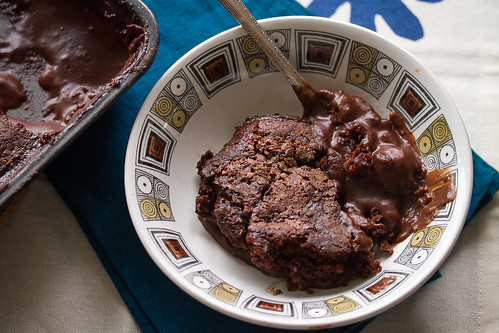 And yet, it gets basically zero clicks on any given day. Just goes to show that trying to figure out what kinds of recipes people are actually interested in is a weird and unpredictable business at the best of time.

(In case anyone's curious, my perpetually popular posts are Quick Salmon Chowder, Lemon-Ricotta Pasta with Seared Scallops, and Portuguese Braised Peas with Eggs, which tells me you guys are waaaaay more into the savoury stuff.)

Despite all that, it really felt like this oldie-but-a-goodie deserves a second shot at fame, so I decided to dust it off and give it a little makeover in honour of National Chocolate Day. 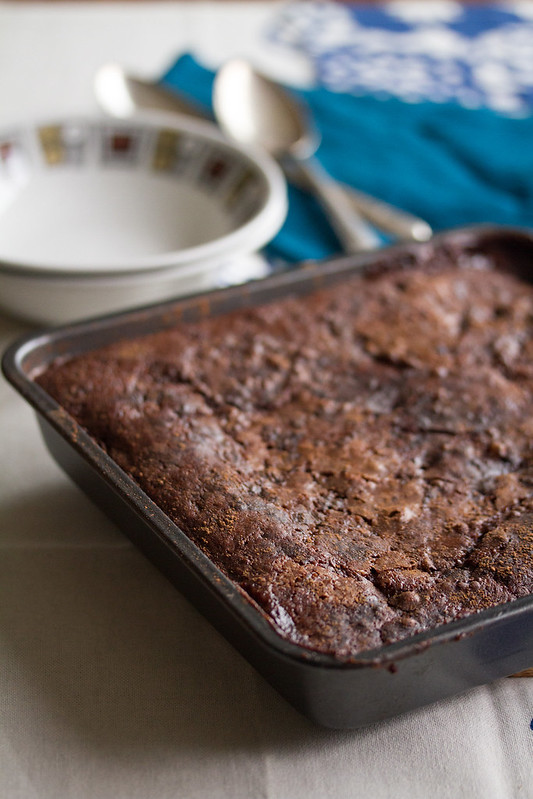 Like the original, the version magically bakes up into layers of fudgey cake and the gooey pudding sauce, but swaps out the raspberry swirl for a Mexican-inspired blend of cinnamon and chipotle.

And because I couldn't stop there, I used piping-hot coffee instead of boiling water to give the sauce a little more depth and flavour. 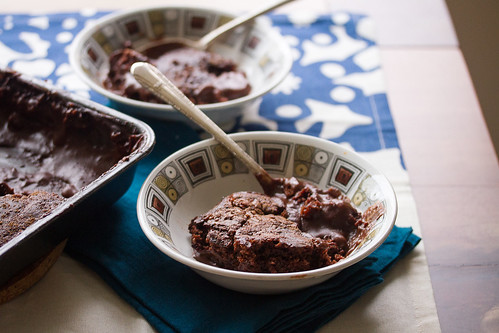 While I don't recommend eating this cake straight from the oven, like I did, I do recommend making it ASAP and eating it as soon as it's cooled down to a more manageable temperature. Top it with a dollop of whipped cream if you're fancy, or just eat it as it is.

As far as second chances go, I'd say this one's a keeper.

This old-school dessert magically separates into a layers of fudgey cake and a warm chocolate sauce. Cinnamon and chipotle powder give the sauce the same spicy kick as a mug of Mexican-style hot chocolate. 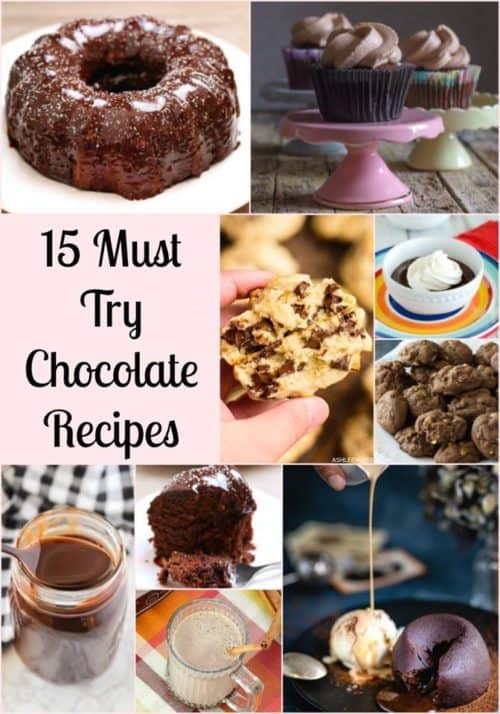 We’ve got 10 brand-new recipes from the Celebrating Food crew:

And to round things out, 5 more oldies-but-goodies from my archives that deserve a little love: