Ever get a song stuck in your head that won't come out? That totally happened to me as I was trying to come up with a title for this post... no word of a lie, I spent the next two days with "Nacho Man" playing on loop in my mental playlist. 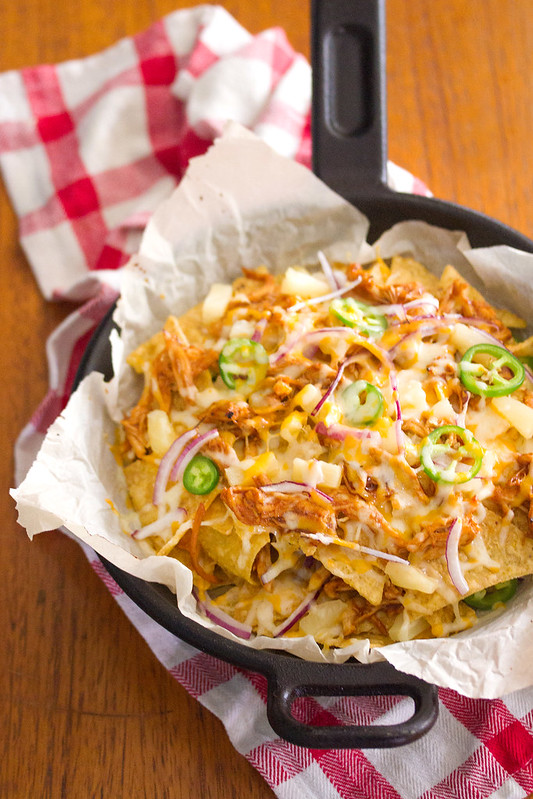 I guess there are worse things to have on the brain than a bad case of nacho fever, though.  Like that one week I spent humming "Mambo #5" uncontrollably.

Or the way that my father would randomly hum "Strangers in the Night", which I only learned much later in life was an actual full-length song and not just "doo-bee-doo-bee-dooooooo". (All dads do this, right? Or is it just mine?)

And of course, there's Baby Shark, a tune so insidious that the name alone is enough to make every parent I know run away screaming. 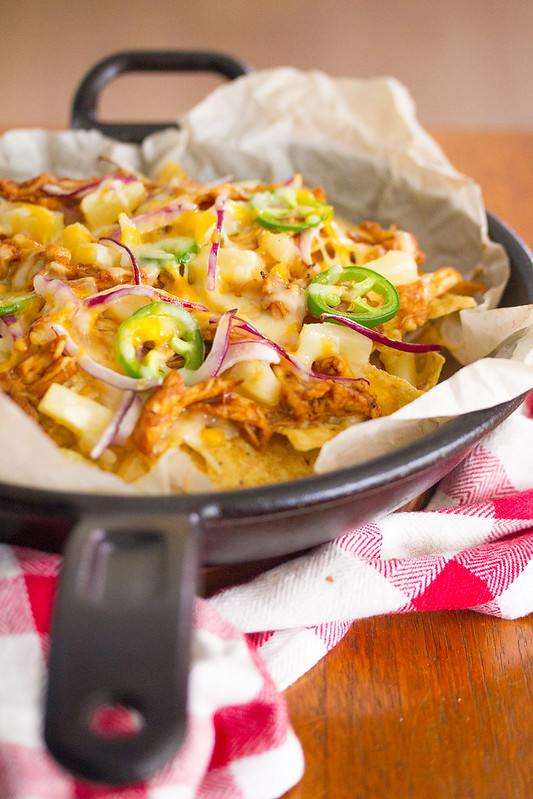 Incidentally, I've also had a major craving for these nachos stuck in my head for the last few days, because apparently gobbling up an entire skillet on my own wasn't enough.

I know that not everyone agrees with pineapple in savoury dishes, but I happen to have a long-standing love affair with Hawaiian pizza, which is why I decided to try using the same flavours for a fun twist on the usual nacho toppings. 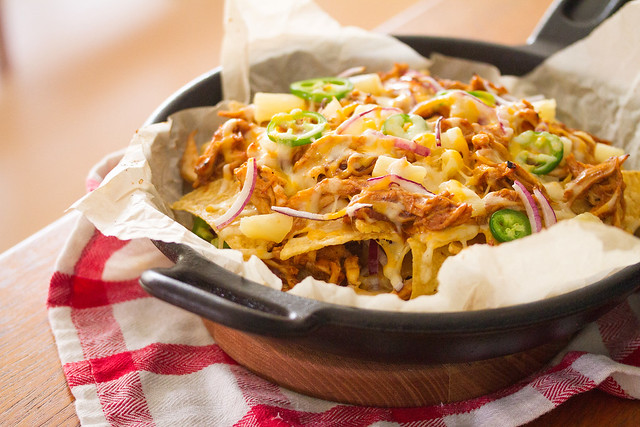 Everything is piled high, two layers deep in a cast-iron skillet, to make sure that there's plenty of toppings to go around. (After all, nobody likes a naked nacho!) The cast iron skillet also acts as a serving dish, because it holds in the heat from the oven and keeps the nachos bubbly hot until the very last chip has been snapped up.

The added bonus of this recipe is that it's really fun way to transform your leftover roast chicken into something completely different, though you can always buy a quarter rotisserie chicken if you don't want to wait that long. 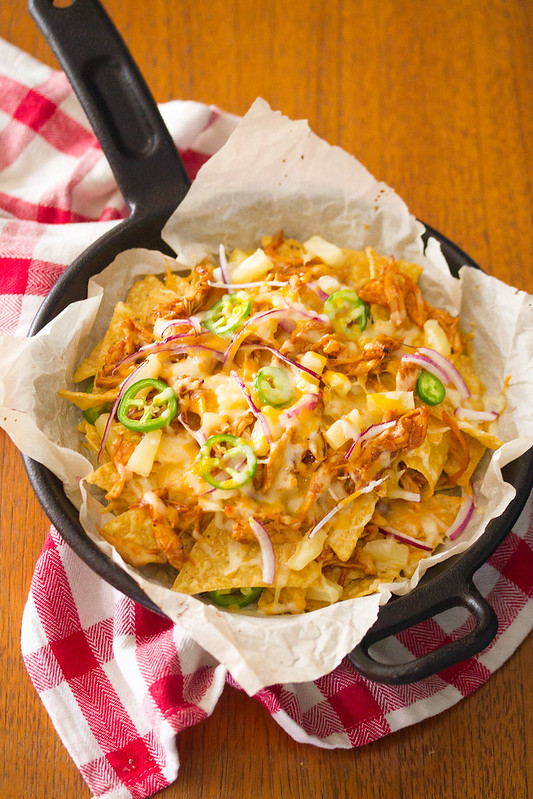 Let's just say that you might just find yourself randomly thinking of these for days after they're done. Eat your heart out, Mambo #5.

These sweet-and-spicy nachos are topped off with saucy barbecue chicken, pineapple, red onion, jalapeno and loads of cheese for a fun twist on the game-day favourite. For a milder variation, swap out green bell pepper for the jalapenos.

If you don't have a cast-iron skillet kicking around, you can also use any round oven-proof dish or even a baking sheet.

It’s National Nachos Day! To celebrate, I’ve joined up with some of my favourite bloggers to share 10 tasty nacho-flavoured treats.

Here's what the Celebrating Food crew cooked up for you this month: