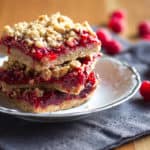 Lately I've been spending a lot of time puttering around in the garden, taking advantage of having all this extra time at home and doing my best to channel my grandmother's green thumb.

My grandmother's skill with growing food was pretty much magical, or at least that's how it seemed to be when I was growing up. 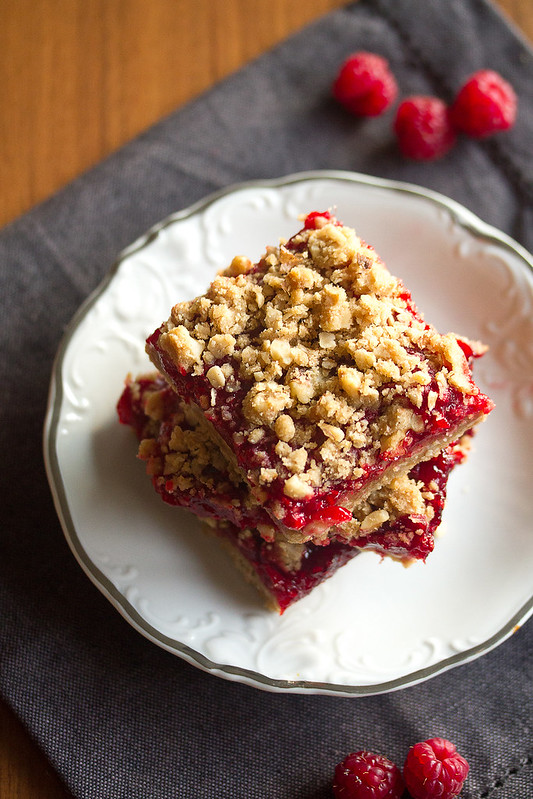 Her ability to grow things was legendary. She could cut up potatoes from the store and dig up a fresh crop of baby potatoes a few short weeks later, and grew the most delicious green beans I've ever had. Her magic touch even worked indoors, coaxing even the most temperamental of African violets re-bloom.

And now that I have a home of my own, I've tried to carry on a small part of that legacy with my little garden patch.

It's not much, but I've filled the garden beds with green beans, carrots, cucumbers, squash, and salad greens, and decorated the deck with pots full of herbs, radishes and hot peppers to help spice up our meals. 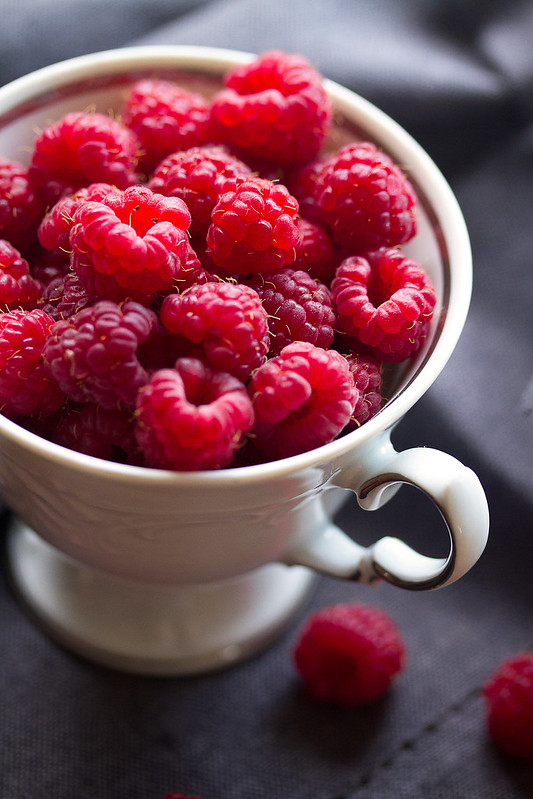 Rhubarb and Raspberries - A Perfect Match

These old-fashioned crumble bars showcase two other crops my from garden in their bright ruby-red filling - raspberries and rhubarb.

My backyard raspberry patch has been loving the hot summer weather and non-stop sunshine, and has delivered a bumper crop so plentiful that I don't even know what to do with it all.

The rhubarb has been a little more restrained, but I've still been able to harvest enough to make a batch of these bars, which is a perfectly good showing for a three-year-old plant.

The combination perfectly encapsulates the flavours of the season. It's fresh and jammy and bright, a tangy counterpoint to the buttery sweetness of the oatmeal crumble that does double duty as both the base and topping. A sprinkling of chopped walnuts is entirely optional, but oh so delicious.

Technically, these are intended for dessert, but I think they're perfectly suitable for breakfast too. I mean, aren't they just a fancier version of a bowl of oatmeal with a raspberry and rhubarb topping? (OK, I know that's a stretch, but at times like these we could all use a little extra treat.) 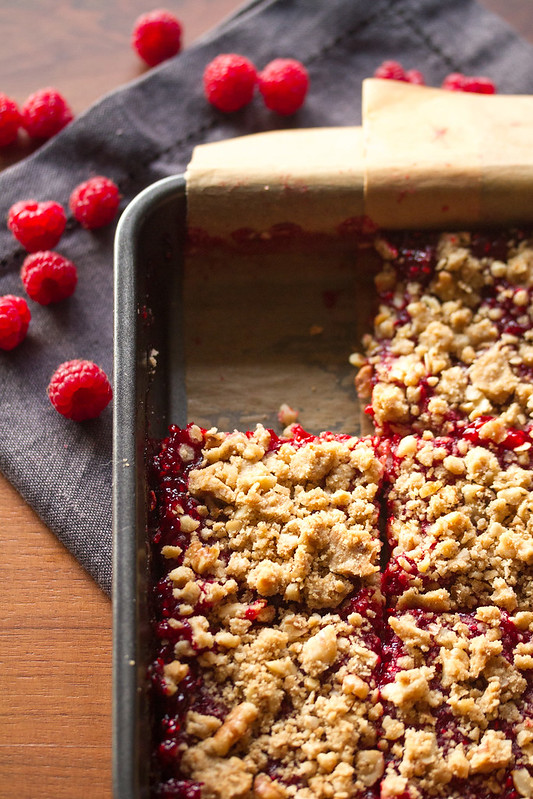 While I like to think this particular combination is pretty dang close to perfection, there are a few different ways to play around with this recipe depending on what you've got kicking around. 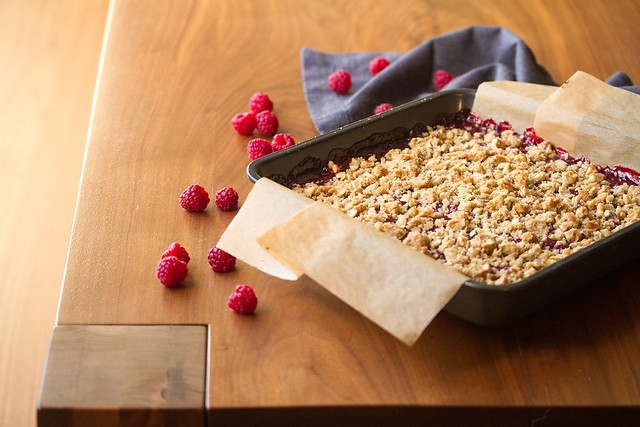 If you're also dealing with a bumper crop of berries, here are a few more recipes that will allow you to make the most of your bounty:

Tangy and sweet, these bars combine a walnut crumble topping with a ruby-red raspberry and rhubarb filling in one irresistible bite-sized package.