Earlier this year, I made a decision that I was going to start eating more fish - partially because I'm trying to eat a healthier diet in general, and partially because I wanted to challenge myself by going outside of my culinary comfort zone. 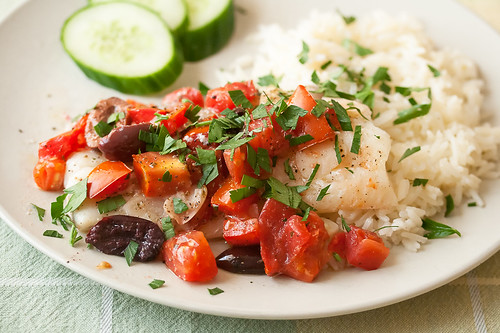 It's not that I don't like fish.  Quite the opposite, really - I'm pretty sure that being half-Portuguese means a deep and abiding love for salt cod is coded into my DNA, right next to the genes that resulted in my unmanageably thick curly hair and my tendency to use my outside voice even when indoors.

It's just that fish is never at the top of my mental folder of potential meal ideas when I'm wandering around the grocery trying to come up with a reasonable weeknight dinner. (Then again, that might be more of a reflection on the quality of supermarket fish, rather than the limitations of my repertoire... but I digress.) 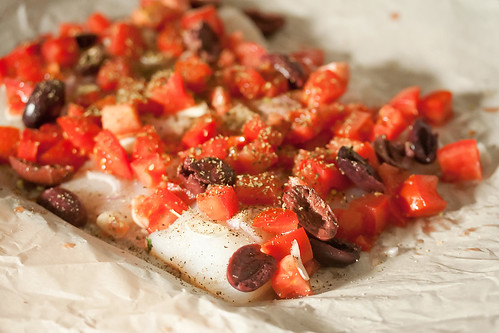 I'm getting better at it, though.  There have been a few experiments - some good, some not so good, and even a few I'd consider an outright success.

One of my new favourites is these parchment packets.  I suppose I could have made them sound fancier by saying they're made "en papillote", seeing as saying anything in French automatically makes it a million times fancier, but the fact is that this isn't a particularly fancy dish as far as I'm concerned. 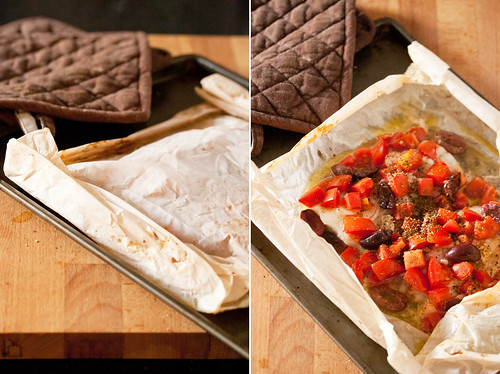 It's actually downright simple.  Like most meaty white fish, wild cod is really just a canvas for other flavours - in this case, a rather textbook Mediterranean-style topping of tomatoes and olives with garlic, olive oil, white wine and oregano. (The only thing missing is capers - I omitted them for The Boy's sake, but if you're a fan, a handful of capers would be a brilliant finishing touch.)

When you wrap it all up in a parchment pouch, though, something magical happens - the paper traps all the moisture, steaming the fish in its own juices, leaving it perfectly flaky and moist and deliciously flavourful. 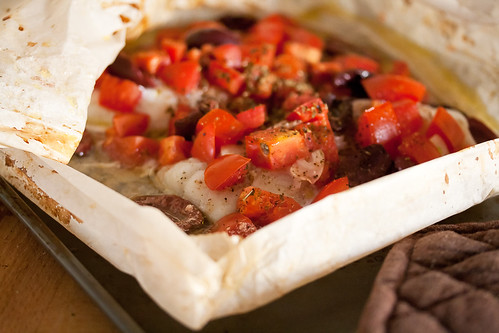 And did I mention that the whole shebang is done in just about 30 minutes, including the time it takes to bake? Not too shabby.

Add a sprinkling of fresh parsley, a simple rice pilaf and a green salad, and you might just find yourself wondering why you don't eat fish more often either.

Print
Prep time
10 mins
Cook time
15 mins
Total time
25 mins
I make this recipe with wild cod fillets, but any firm, mild white fish will do - tilapia, halibut, haddock and snapper are great alternatives, or even a more delicate fish like sole. For a fancier presentation, the fish filets can also be baked in individual packets, rather than a single big one as I did here.
Author: Isabelle Boucher (Crumb)
Recipe type: Main
Serves: 2
Ingredients
Instructions
Wordpress Recipe Plugin by EasyRecipe
2.2.7
« Flame On: Grilled Potato Salad
Secret Recipe Club: Coriander Planked Salmon with Cilantro-Yogurt Sauce »
28 shares