A couple of weeks ago, I came home from a weekend trip in Ottawa to find a goodie basket had been dropped off by the wonderful folks at EarthFresh Foods, filled with everything I'd need to participate in the 2012 Klondike Rose Foodies Contest.

The challenge? To create an original recipe highlighting their Klondike Rose potatoes, a delicious yellow-fleshed potato with bright pink skin and a buttery, slightly sweet flavour. 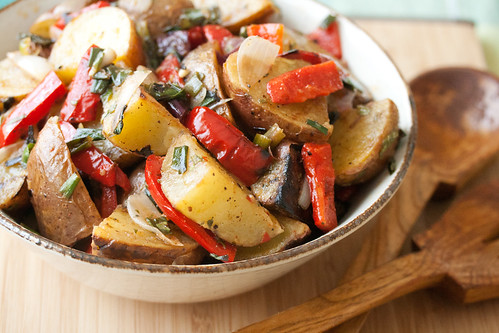 I decided I wanted to make a recipe where the delicious flavour and texture of the potatoes could really shine through: a potato salad.

Not just any ordinary potato salad, though, but a summery version that embodies everything that's wonderful about this time of year.

How to Make a Contest-Worthy Potato Salad

Most potato salads aren't very interesting. They're just a mushy mess of overcooked potatoes loaded down with heaps of mayonnaise and with little else to liven things up besides chopped celery or hardboiled eggs.

(Though I'm not judging you if you happen to like this kind of potato salad. You do you! But I'm trying to win a contest here.)

First, I've swapped out the heavy mayo with a zippy mustard-and-herb vinaigrette that lets the naturally sweet flavour of the Klondike Rose potatoes shine through. Then, to break up all that boring beige, I've added purple spring onions and red peppers for pops of bright colour and flavour. 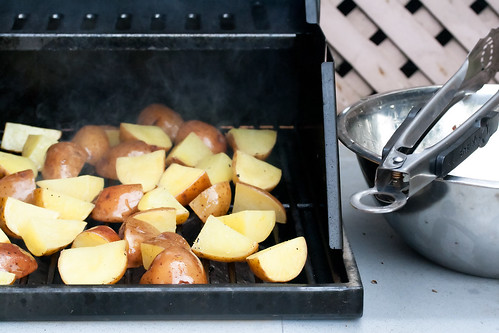 Get Your Grill On

Since BBQ season is in full swing, I decided I'd switch things up a little by grilling all of the vegetables for my salad.

As it turns out, the Klondike Rose potatoes are perfectly suited for grilling. Just a few minutes on a hot barbecue brings out their natural sweetness, and adds a subtle smoky flavour.

Same goes for the spring onions and red peppers, which take on sweet and smoky flavours all their own from being lightly charred on the grill.

If you don't have access to a grill, you can get similar results by roasting all of the veggies under a hot broiler until they're nicely browned, though they won't get quite the same smoke-kissed flavour as you get from the barbecue. 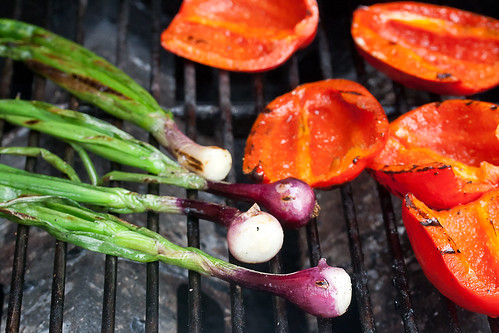 What to Serve With Grilled Potato Salad

Standard-issue church lady potato salad, this ain't. It might not fit in at a church basement potluck, but it's just perfect for a sunny summer evening in the backyard.

The obvious choice of accompaniment is something else you can throw onto the grill at the same time as the rest of your ingredients.

Personally, I'm partial to a juicy grilled steak, though we've also served it up with Mennonite smoked pork chops from the farmers market. And if you're grilling for a crowd, it's also quite delicious with plain ol' burgers and hot dogs.

For that matter, I wouldn't rule out the church basement potluck, because I'm pretty sure it would be a hit there as well. 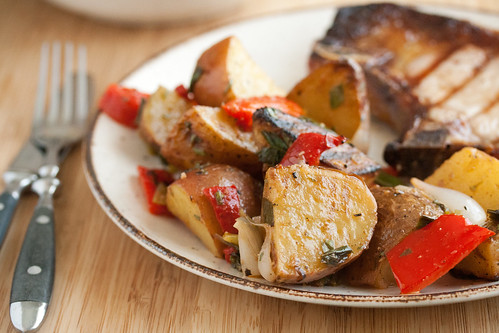 Trust me. Next time you're in the mood for potato salad, put away the mayonnaise jar and fire up the grill instead.

You'll be ever so glad you did.

Disclosure: In exchange for my participation in the Foodies for Klondike Rose Challenge, I was provided with a basket of ingredients and a grocery gift card by EarthFresh.

Grilling takes ordinary potato salad to the next level. A tangy mustard and herb vinaigrette pairs perfectly with the smoky and sweet flavours of charred spring onion and roasted peppers. 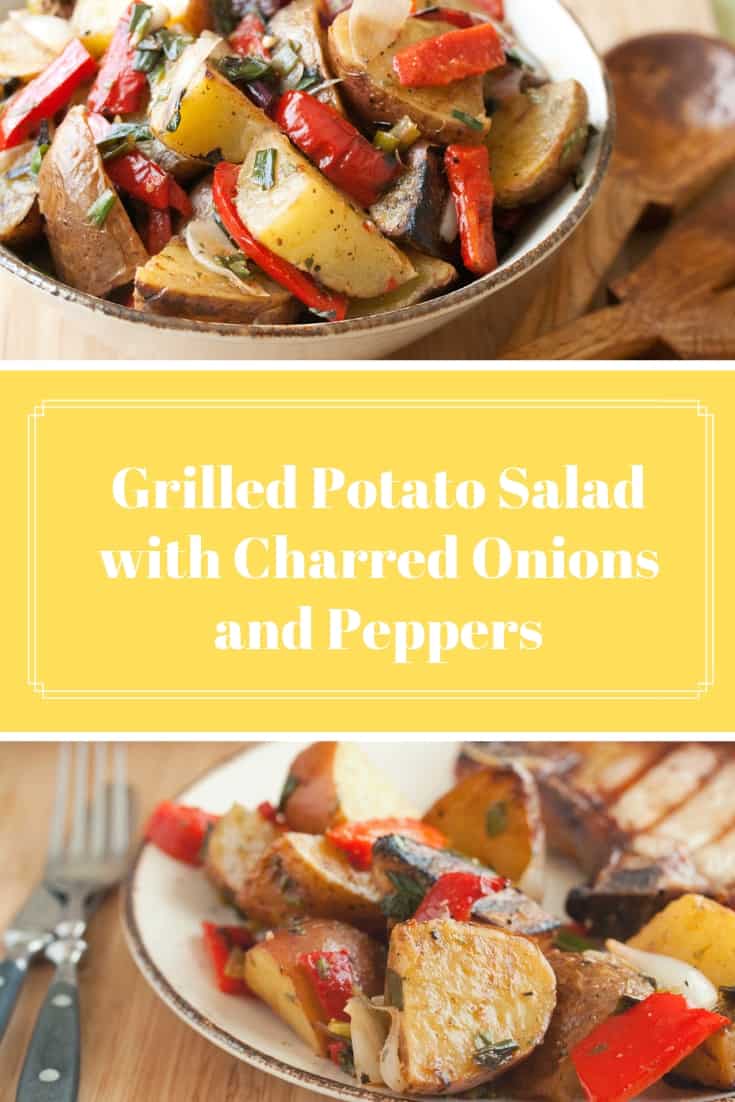