It's hard to believe it, but Easter is just around the corner. For most people, that usually means eating stupendous quantities of chocolate, but I get waaaay more excited for all of the festive breads, and most especially the hot cross buns. 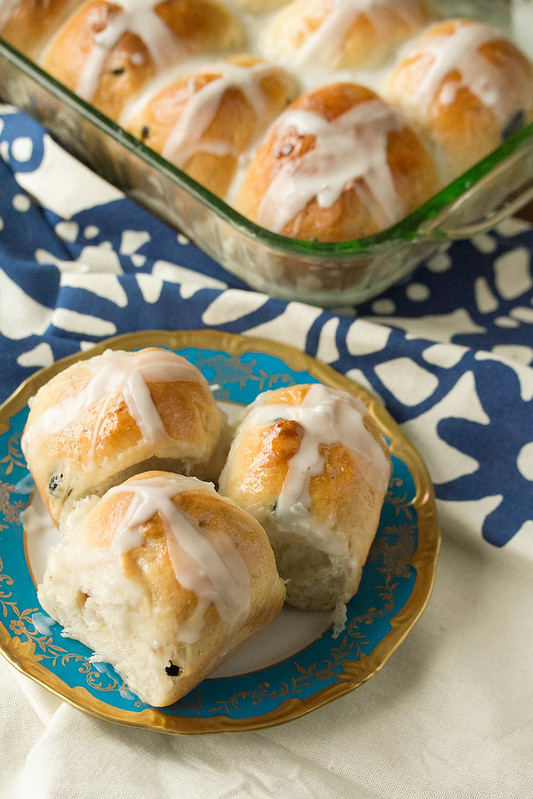 Most bakeries carry traditional hot cross buns this time of year, but I much prefer to make my own so that I can play around with different flavour combinations. What can I say? Making new twists on old favourite is kind of my shtick.

Over the years, I've tried a few different variations on the classic hot cross bun, ranging from fairly straightforward cherry and lemon buns all the way to some totally off-the-beaten-path savoury bacon and green onion buns.

However, I have to say that this year's version might just be my favourite of all time. 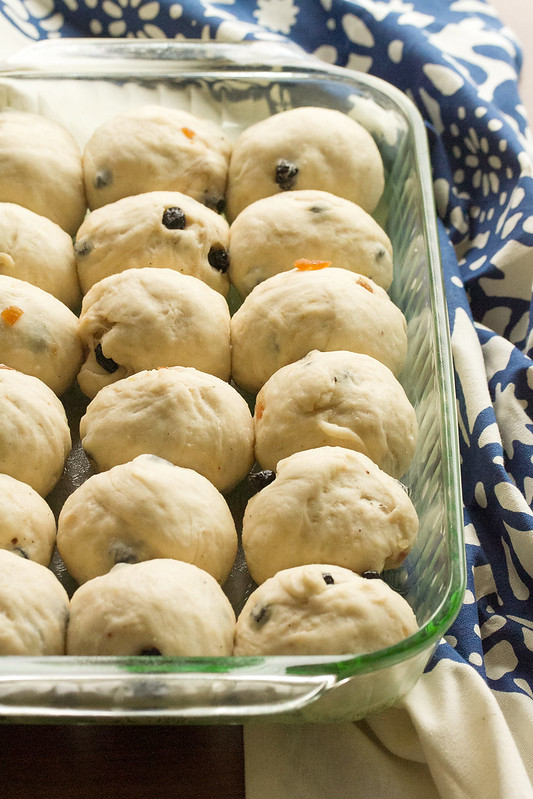 It started with a simple brioche dough, which I flavoured with almond, lemon zest and nutmeg. Then, I add in a generous sprinkling of dried blueberries and the remnants of a container of candied lemon peel that had been lurking in the back of the pantry. There's just something about blueberry and lemon together that feels so perfectly spring, don't you think?

The blueberries are clearly the star of the show, with the almond and lemon flavours politely playing a supporting role, all wrapped up in a pillowy soft dough that's got just the right amount of sweetness to hold everything together.

Once you've made your own, I promise you'll never want to go back to those dry, tasteless hockey pucks they sell at the grocery store! 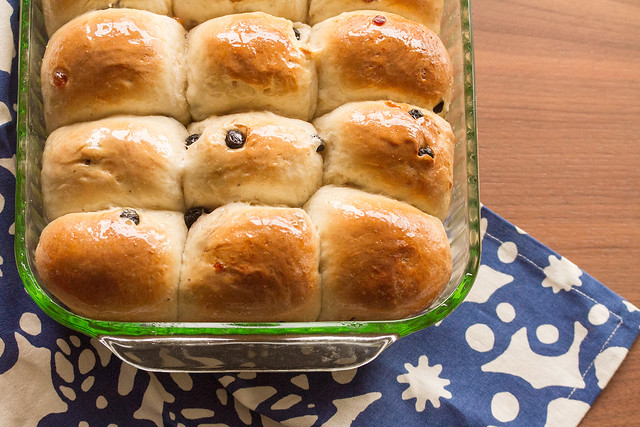 Hot cross buns are a traditional British treat that has been around since the Middle Ages, though nowadays you'll find them pretty much anywhere the British Empire once ruled, including here in Canada. Like many of the other special holiday breads that are made throughout Europe to celebrate Easter, these buns were typically baked on Good Friday to mark the end of Lent.

The traditional recipe for hot cross buns is flavoured with a combination of raisins, candied citrus peel, and a blend of spices (usually cinnamon and allspice, sometimes nutmeg, ginger and/or clove).

However, almost any kind of dried fruit can be used if you're not a fan of raisins or candied peel. Today, you'll find everything from apple-cinnamon to sticky toffee to chocolate chips baked up into hot cross buns. 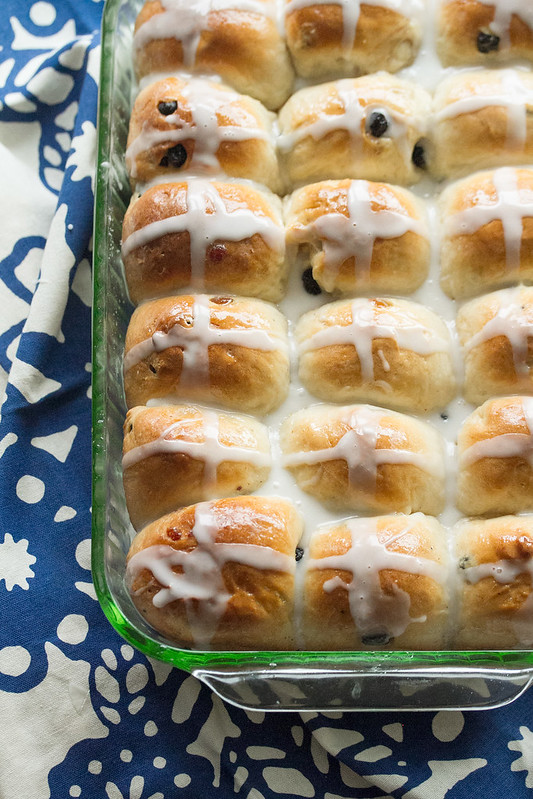 The symbolic cross pattern is usually made by piping a paste of flour and water onto the buns just before baking, though some recipes (this one included) opt for a simple icing cross instead to add sweetness to the finished buns.

Apparently, there's an old wives' tale that a bun baked on Good Friday won't go stale for a whole year. I have my doubts about that particularly superstition, but it's not like I had much opportunity to put it to the test, since most of the buns disappeared before the day was done.

(However, I can vouch for the fact that the addition of almond flour to the dough will keep the buns tender for an extra day or two, which means they make a delightful breakfast the next day.... if you have any left by then, that is.) 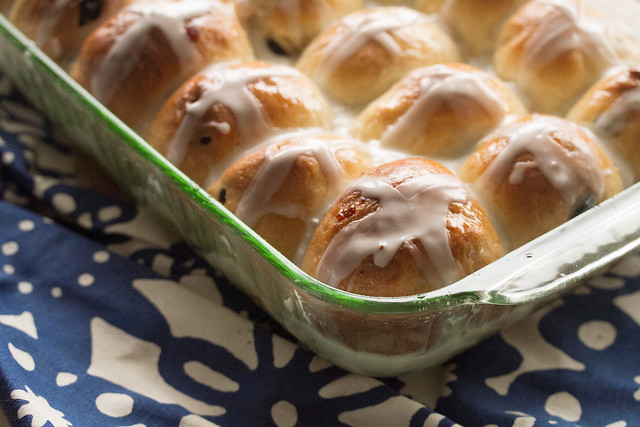 Busy Morning Ahead of You? Try the Overnight Rise Method!

Like most sweet buns, you can do most of the prep work the night before to make your life easier in the morning.

Just prepare the dough as directed until you've shaped the buns and arranged them in the baking dish, then cover tightly with plastic wrap and place in the fridge to rise overnight.

The next morning, pull the buns out to warm to room temperature while you preheat the oven, then proceed with the remaining steps in the recipe. It's that easy!

These new-school hot cross buns trade the traditional raisins and heavy spicing for a fresh spring-inspired combination of blueberry, almond and lemon.

Prepare the Glaze and Bake the Buns:

Make the Icing and Decorate the Buns: