Sometimes, the most wonderful things happen when you start with two great things and combine them together into one glorious whole that's so much more than the sum of its parts. 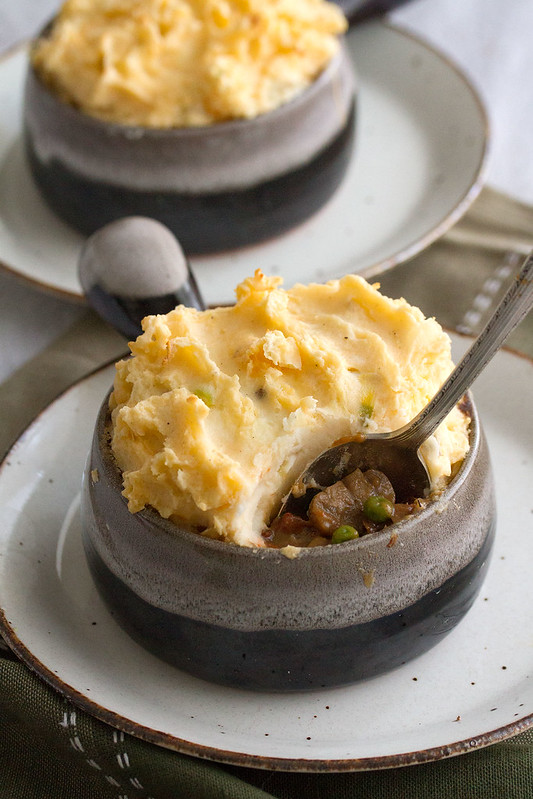 OK, scratch that last one. Calculator watches are actually more lame than the sum of their parts, which are already pretty lame to begin with.

But seriously, I love me a great mashup. And that goes doubly so for this crazy good comfort food mashup. It came to me in a flash of inspiration one day, as I was sitting in an Irish pub near the office, trying to decide between the Guinness stew and the shepherd's pie, and wondering why I couldn't just get both.

Which, as it turns out, is totally doable. (Just not at the pub. Apparently the kitchen doesn't like it when you try to freestyle with their menu. Hmph.) 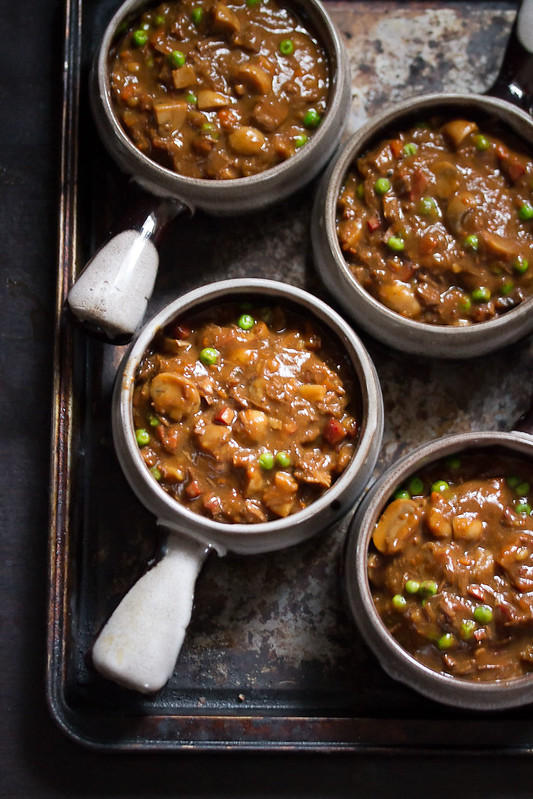 Two Pub Classics, Together at Last

This combination of two pub classics is basically the best of both worlds. It's basically savoury Irish-style beef and mushroom stew in a rich Guinness gravy nestled underneath a golden-brown mound of creamy garlic-cheddar mashed potatoes, all baked together into bubbling hot deliciousness.

Not that you could go wrong with either of the originals, but something pretty magical that happens when you combine them together. We're talking comfort food squared, people. 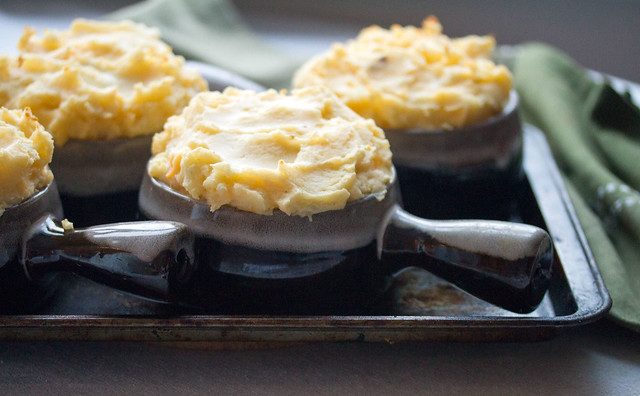 The Difference Between Cottage Pie and Shepherd's Pie

Most people in North American use the term Shepherd's Pie to refer to any saucy pot pie topped off with a mashed potato filling. However, if we're going to get really technical here, this is actually a Cottage Pie.

So what's the difference between the two? That comes down to the filling - a Shepherd's Pie is made with lamb or mutton, because that's what a shepherd would have on hand (seeing as they raise sheep and all), whereas a Cottage Pie can be made with any kind of meat. In both cases, the pie is always finished off with a topping of mashed potato.

This is a relatively recent distinction, however, as the two terms were used pretty much interchangeably through to the end of the 19th century. So I feel it's perfectly acceptable to call this a Shepherd's Pie, despite the fact that it's made with beef. 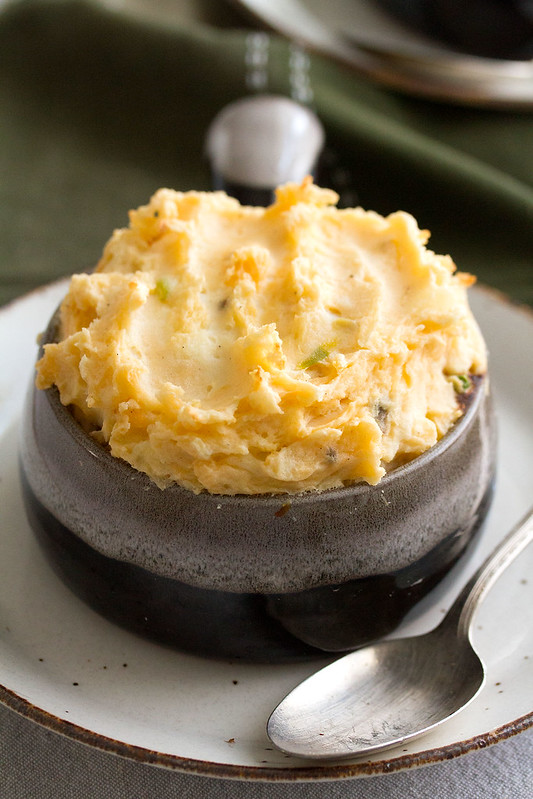 Making This Recipe in Advance

I'm not going to lie. These pies are a labour of love. A labour of savoury, cheesy, saucy, stick-to-your-ribs, warm-you-all-the-way-through love that is worth every single minute you will spend making them.

Thankfully, you can spend most of that time kicking back and relaxing while the stew is simmering away. Or, even better, you can cut down your prep time by making the filling in advance. Once that's done with, the rest of the process is basically as easy as... well... pie.

You can prep the stew up to 3 days in advance, and store it in the fridge in an airtight container until you're ready to assemble. You don't even need to warm it up... just let the stew come to room temperature before continuing on with the recipe. You can also freeze the stew for up to 3 months, though the mushrooms will get a little mushy.

Whatever you do, wait until the day of to make the mashed potato topping and assemble the pies. It's a pretty quick process, and mashed potatoes generally taste best the day they're made. 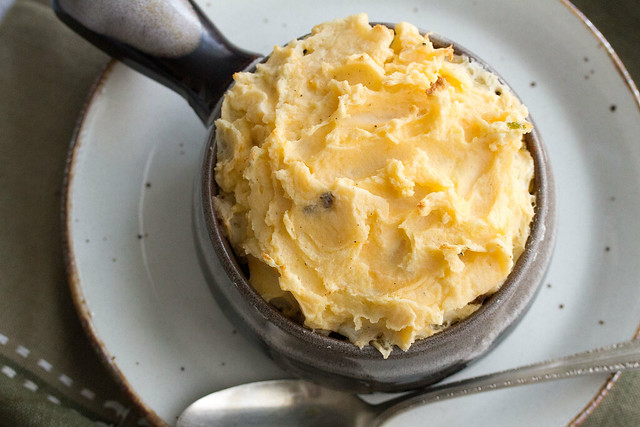 Served bubbling hot from the oven with a pint of Guinness, these beauties are pretty much the closest you can get to a semi-authentic Irish pub meal without leaving the comfort of your own home. Which, when you think about it, is a pretty awesome mashup all on its own.

Prepare the Filling (can be done up to 3 days in advance):

Make the Topping and Assemble the Pies: