Poor canned tuna.  It gets a pretty bad rap, don't you think?  We mix it with globs of mayo and smush it between slices of white bread to make sandwiches, toss it with cooked noodles and cream of mushroom soup to make casseroles, and smother it with handfuls of shredded cheese to make tuna melts. 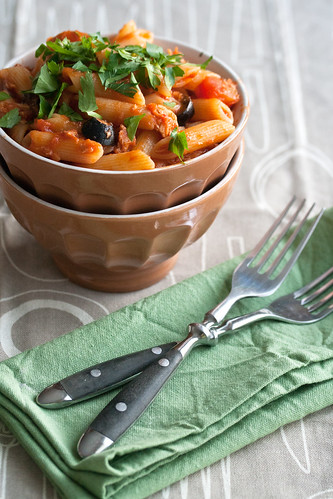 Fresh tuna is fancy and extravagant and worthy of a special occasion. Canned tuna is cheap and functional and worthy of a frantic I-need-dinner-on-the-table-in-20-minutes-flat Thursday night.

I'm as guilty as anyone else, mind you. Back when I was a broke-ass university student, canned tuna was a regular staple in my diet, mostly because I could stock up on large quantities whenever I found a good sale. The fanciest I'd ever get with my tuna is a quick-and-dirty pasta puttanesca, which consisted of a can of tuna, a jar of marinara sauce, some drained capers and a handful of canned black olives, which I'd then toss with whatever pasta I happened to have on hand. It was quick, easy... and most important of all, dead cheap. 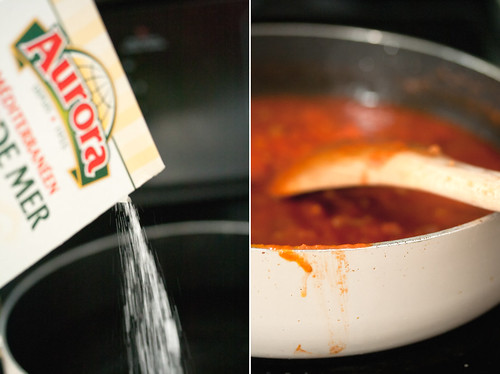 Now that I can afford to spend a little more on my grocery bill, though, canned tuna is a once-in-a-blue moon thing for me - usually when I'm feeling under the weather and a craving strikes me for a freshly toasted tuna salad sandwich with a cup of soup.

This recipe from Aurora Importing might just change my mind, though. For one, their Allessia brand oil-packed tuna comes in a pretty glass jar to show off the big chunks of tuna within, which have a rich, meaty flavour that's nothing at all like the canned tuna of my university days.  Plus it's ridiculously fast - from start to finish, I had dinner on the table in 20 minutes flat. 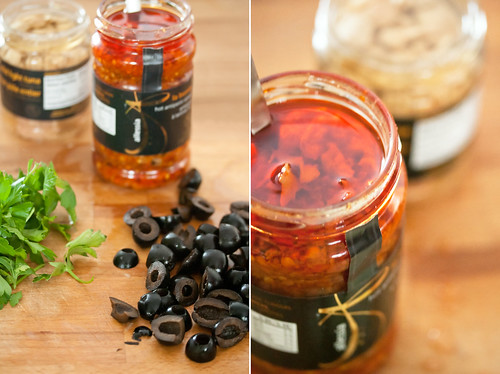 The only change I made to the recipe was to add some canned black olives, and a sprinkling of red pepper flakes for added spice. The La Bomba antipasto spread also gives the dish a depth of flavour that belies its short cook time, along with a mellow heat - feel free to adjust the amount to suit your preferences. (Also, there's something rather awesome about a spread whose name literally translates to "The Bomb"... because it is.)

Even The Boy gave it his seal of approval and inhaled an entire bowl, which is rather impressive when you consider he normally wouldn't touch canned fish with a ten foot pole. Looks like canned tuna might just be making a comeback at my house! 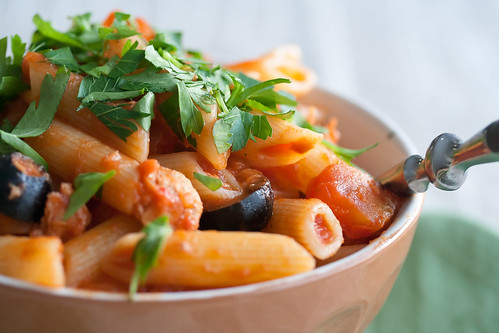 Disclosure: I was provided with all the ingredients needed to make this recipe by Aurora Importing in exchange for writing this post.  All opinions are 100% mine.

This recipe was part of this month's Recipideo Roundup for Aurora Importing - this month's contest is now over, but I'd highly recommend subscribing to their channel so that you can take part in next month's competition.  All you have to do is watch the Recipideo, make the featured recipe at home, then submit a photo of the finished dish. There's a $50 certificate for My Italian Cantina up for grabs each month!

Print
Prep time
5 mins
Cook time
20 mins
Total time
25 mins
This is how Italians do fast food... a simple tomato sauce with tuna and olives that can be whipped up in the time it takes to boil a pot of pasta. It just doesn't get any easier than this!
Author: Adapted from Aurora Importing
Recipe type: Main
Serves: 4
Ingredients
Instructions
Wordpress Recipe Plugin by EasyRecipe
2.2.1
« Part of a Complete Breakfast: Multigrain Apple Muffins
Noodling Around: Spicy Peanut Noodles with Ground Beef »
7 shares