I feel like parsnips are seriously underappreciated. I know they don't look like much, but what they lack in appearance they make up for in the flavour department.

They're little bit sweet and a little bit nutty, and pair beautifully with all sorts of fall and winter flavours. 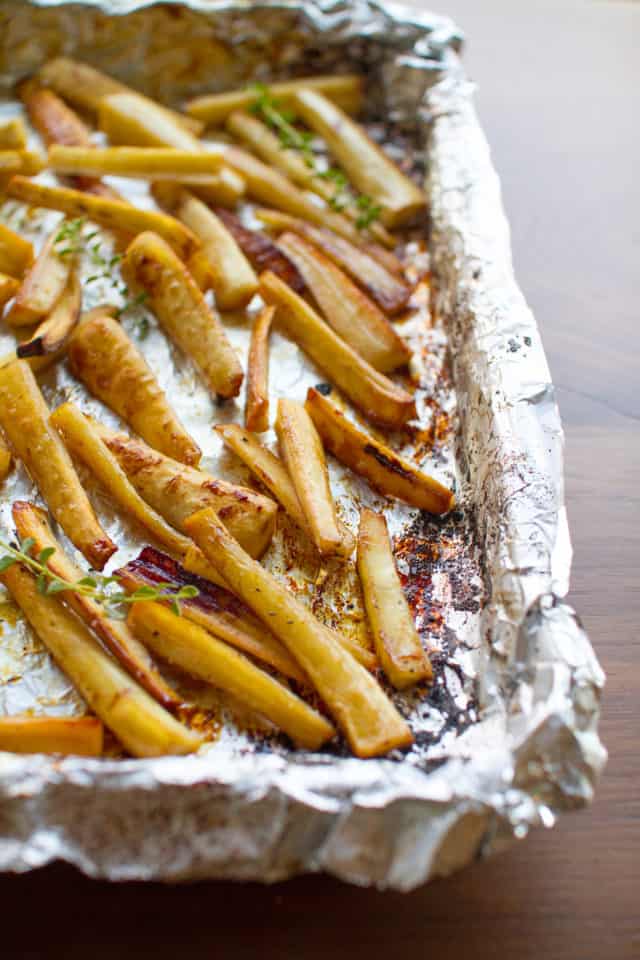 Parsnips are often served as a soup or puree, or braised in soups and stews, but my hands-down favourite way to enjoy parsnips is to roast them until they're meltingly soft and dark brown around the edges.

Cider-Roasted Parsnips is the Perfect Side Dish for Fall

Roasted parsnips are an essential dish in British cuisine, where they're commonly served with the traditional Sunday roast and are one of the trimmings that often accompany Christmas dinner.

This version takes the traditional roasted parsnip recipe and adds a little splash of sweet apple cider and maple syrup for a boost of fall flavour. As they bake, the cider reduces into a glossy glaze that bumps up the sweetness level, though a dash of cider vinegar balances things out by adding a much-needed pop of acidity.

The beauty of this dish is that it looks beautiful and tastes amazing, but requires just a handful of ingredients and minimal prep work. No fuss, no muss. 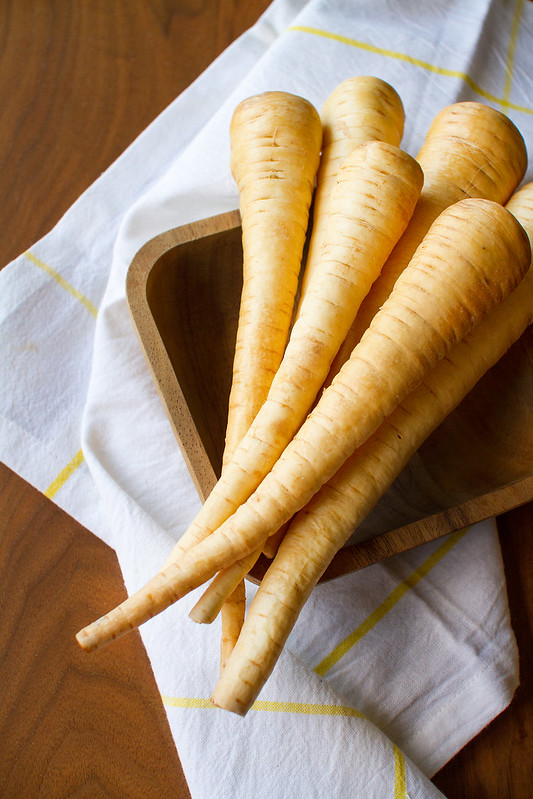 How to Prepare Roasted Parsnips

Roasted parsnips are one of the simplest side dishes you can prepare this time of year. To achieve delicious caramelized perfection, you just need to follow this simple formula: 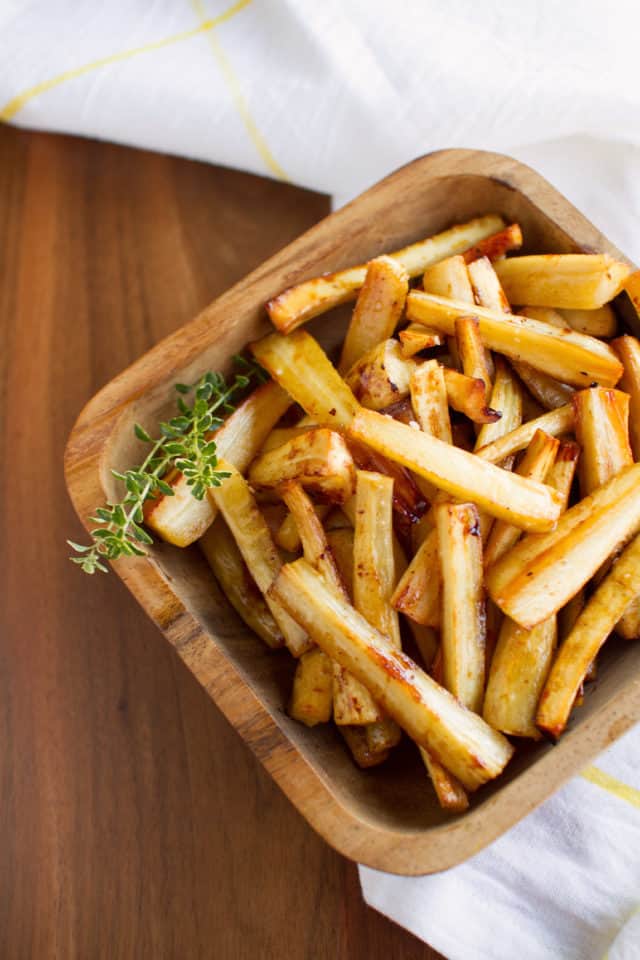 While roasting is by far and away my most favourite way to enjoy parsnips, they're equally delicious in soups, stews, casseroles, and yes, even dessert.

Here are two oldies-but-goodies from my archives that feature parsnips:

And here are a few more delicious parsnip recipes from some of my favourite bloggers:

A splash of apple cider and maple enhances the natural sweetness of roasted parsnips in this easy-as-can-be side dish. Perfect for pairing with roast chicken or pan-fried pork chops.