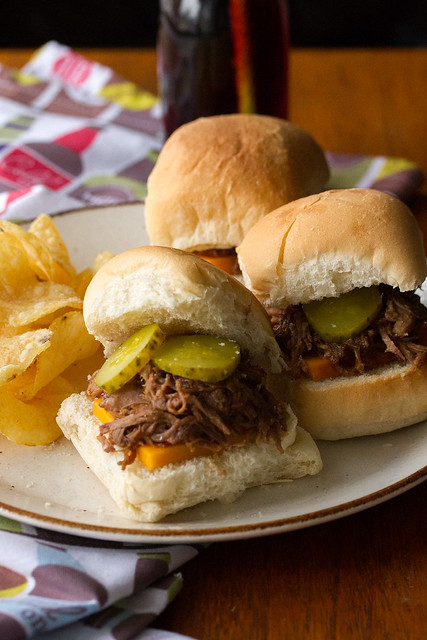 When it comes right down to it, though, my biggest source of happiness is all wrapped up in one person. The one guy who still makes my heart go pitter-patter after more than 10 years.

Sure, he has a bad tendency to lose track of time, he loads the dishwasher all wrong, and he doesn't have six-pack abs... but he's still perfect to me. He's patient and kind, he tells wonderfully terrible jokes, and he's pretty much the only thing that's kept me sane through the crap life has thrown at me these last few weeks. 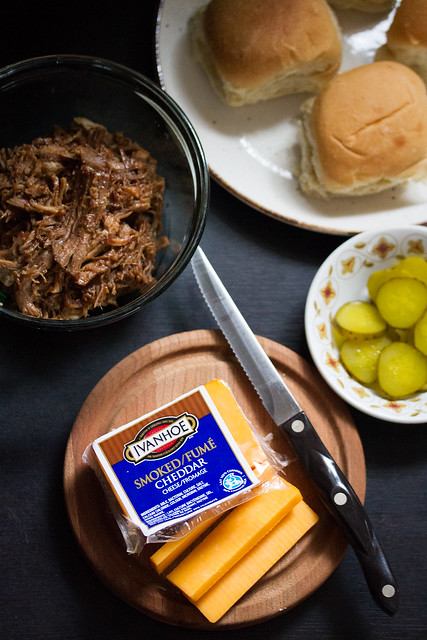 And since this month's theme for the Gay Lea PTPA Ambassadors is "dude food", I decided this was the perfect excuse to come up with a culinary tribute to my favourite guy.

I may do most of the cooking, but he's no slouch in the culinary department. Early on in our relationship, he wooed me with thick-sliced french toast, vegetarian curries, and tasty stir-fries. And even now, he's much better than I am at coaxing our temperamental espresso machine into pouring the perfect shot. 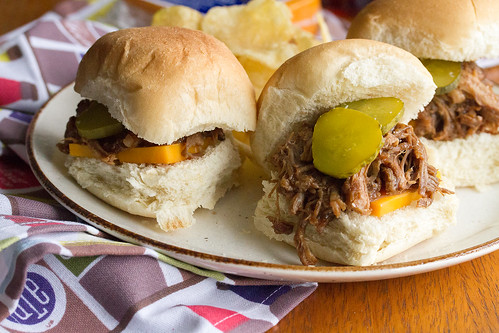 However, his real passion is his beloved charcoal barbecue. The man has yet to meet a chunk of meat he couldn't smoke into tender, juicy submission.

So, when it comes to an edible ode to all of The Mister's favourite things, a pulled pork slider seems like a very good place to start.

Problem is, it's the middle of winter, so there's no way in heck I was going to go outside and barbecue a pork shoulder in -15C weather. (You know that Meatloaf song? Well, that's what I won't do for love. Sorry.) 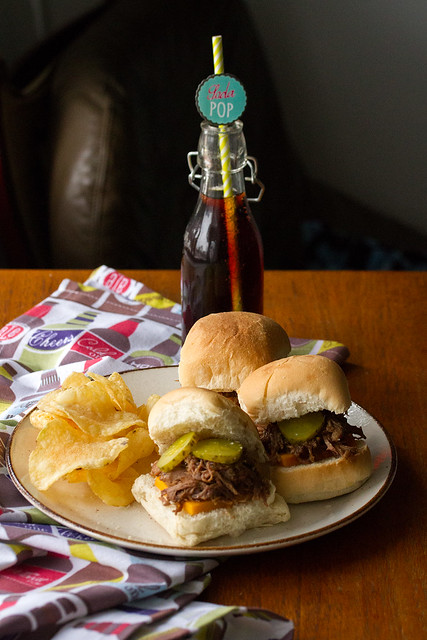 So instead I went the smart route, and simmered a boneless pork shoulder in the slow cooker until it was fall-apart tender.

A can of root beer, another one of The Mister's favourite things, adds sweetness and a subtle spice, while my homemade honey-chipotle barbecue sauce adds sweet heat and a hint of smoke.

Then, I layered in a little more smokiness with slices of Ivanhoe smoked cheddar, an Ontario-made aged cheddar cheese that's smoked over real hardwood for a naturally smoky flavour. After all, a serious barbecue afficionado deserves a seriously smoky sandwich. 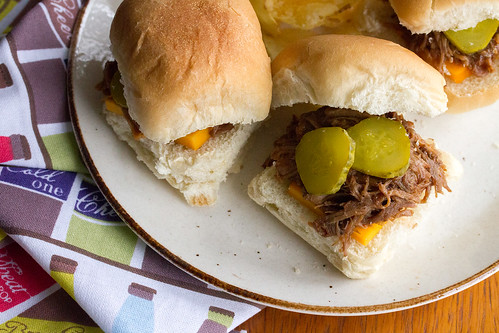 The final crowning touch? Thinly sliced kosher dills as a bright, tangy counterpoint to all that sweet-and-smoky porky goodness.

(Not to mention that pickles are The Mister's very favourite thing in the entire world. Whenever I make sandwiches, he immediately reaches for the pickle jar.)

So there you have it. All of the Mister's favourite things - barbecue, smoke, root beer, and pickles - all piled up into a delicious bite-sized package of sweet and smoky deliciousness. Perfect for tailgating, game day snacking, Netflix binge-a-thons, lazy weekend afternoons, or whatever else makes your favourite dude (or dudette) happy.

The sweet-and-smoky pulled pork filling for these sliders is a cinch to make - just five ingredients and a few hours in the slow cooker is all it takes!

Instant Pot Version: In Step 1, cut the roast into two pieces, and season both halves with salt and pepper. Place in the pressure cooker, and pour in the root beer. Cover and cook on high pressure for 45 minutes, then allow the pressure to release naturally for 10 minutes before manually releasing the remaining pressure. Continue with the recipe as directed, using Saute mode to warm through once the pulled pork and barbecue sauce are mixed together.