On January 19th, we said goodbye to Ariel, our scrappy little tabby cat. 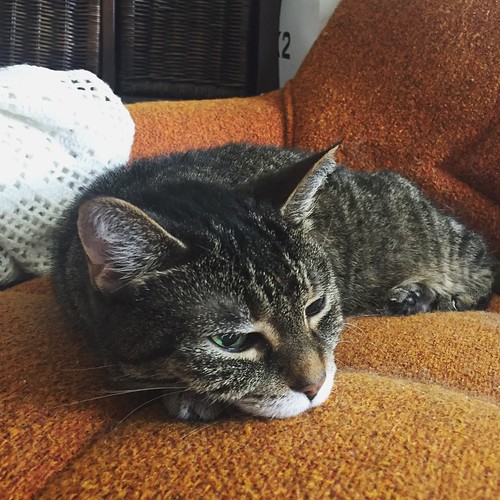 Ariel first came into my life in 2003. She was already two years old by then, but so small and scruffy that I first mistook her for a kitten - a scant 8lbs of pure stubbornness, with a scrappy personality that far outweighed her tiny size.

Despite my best efforts, she was never much of a snuggler, though she'd begrudgingly accept a little scritch under the chin or behind the ears if she was feeling particularly generous. And every once in a blue moon, she'd jump up into my lap, though she'd always stay tightly wound and ready to spring away at the first sign of unacceptable affection. 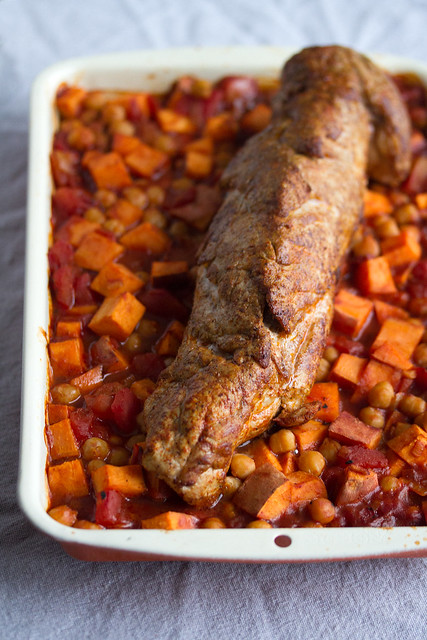 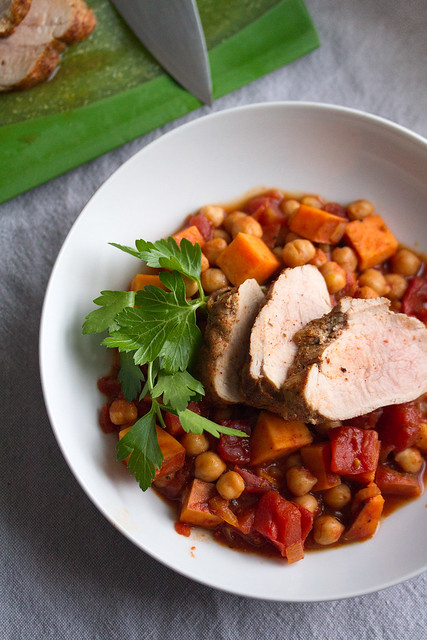 You could say we grew up together, Ariel and I. She followed me from a tiny one-bedroom basement apartment in Wychwood, to a second-floor apartment in the Annex, to a cozy little house in Greektown. And she followed me as my four-year going-nowhere relationship finally ran its course, through the messiness of dating in the big city, and eventually into meeting and settling down with the Mister. 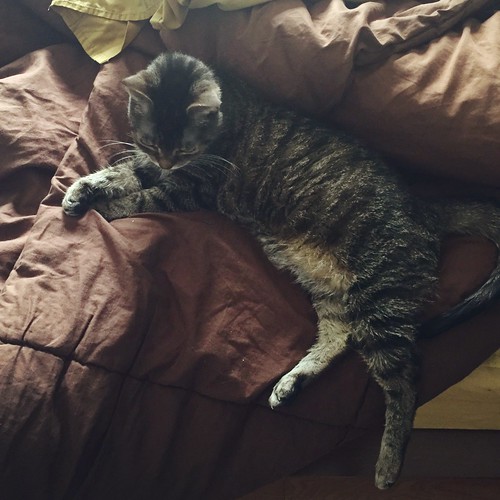 There are so many stories to tell from those 13-ish years we spent together.

Like how she was so jealous of the Mister when he first came into my life that she decided to express her dislike by jumping onto the bed and peeing on his foot. Twice.

Or how she once jumped into my bed in the dead of the night to gift me with a very dead, slightly chewed-on mouse. 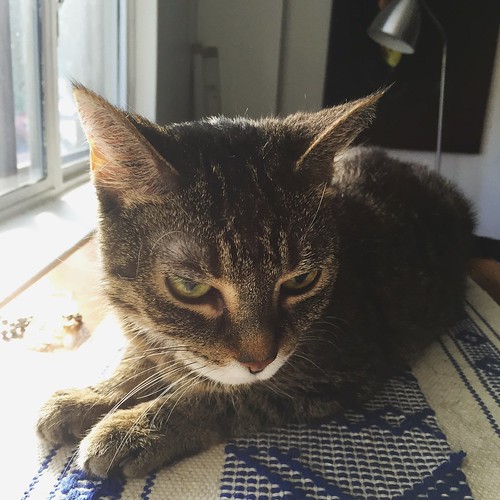 Or how she'd follow us into the bathroom and perch on the edge of the tub, just so she could watch the water swirl down the toilet bowl.

Or how she curled up beside the Mister to stand guard when he came home from an outpatient procedure, stoned out of his mind of Propofol, and fell fast asleep on the couch. 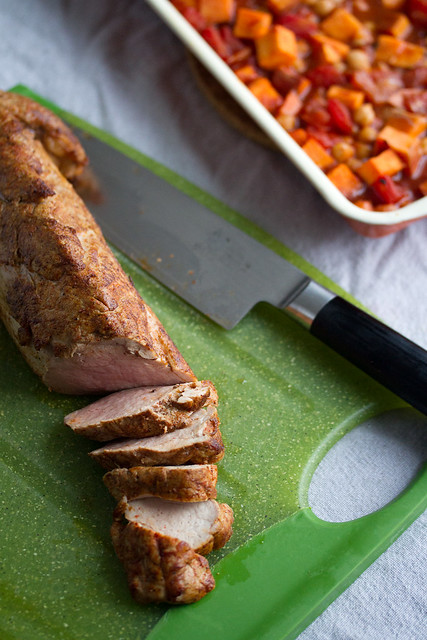 But most of my Ariel stories revolve around her insatiable obsession with human food. And not just the usual things cats are supposed to love, like roast chicken and canned tuna, but also some unexpected things, like white sandwich bread, sweet potatoes and canned corn.

But best of all, she loved chickpeas. Even weeks later, I still half-expect her to come galloping into the kitchen when I open a can. 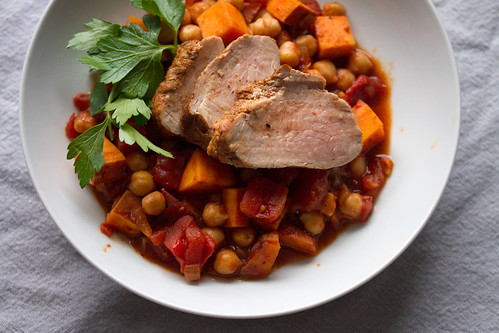 Nothing was safe from her stealthy food-thieving abilities - muffins buried at the bottom of my purse, sticks of butter left to soften on the counter, the last few specks of bacon grease on a pan left out on the stovetop. One time, she even managed to wrangle a cherry strudel from its box, leaving behind a trail of crumbs leading to a hollowed-out pastry shell.

And on one especially memorable evening, she managed to steal an entire pork tenderloin we'd left to rest on the kitchen counter. 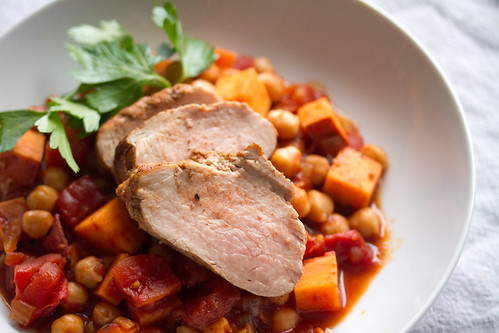 That tenderloin was easily as long as our itty-bitty kitty, but she wasn't going to let that stop her... She dragged her hard-won prize from one end of the house to the other as we chased her, hissing and growling all the way, until she made one last dash for the shelter of her litterbox.

I guess she decided that if she wasn't going to get to eat pork tenderloin that night, we wouldn't either. Either that, or she felt that a little cat litter would add a little je-ne-sais-quoi to the finished dish. I strongly suspect the former, though. 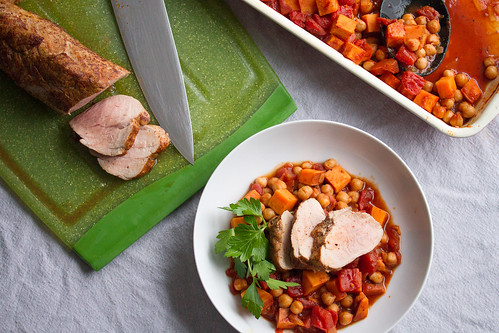 But over the last few months, so slowly and gradually that we almost didn't notice, our spry little cat stopped sneaking onto counters and stealing food. I chalked it up to old age until, one morning, she simply stopped eating altogether. We knew then that something was horribly wrong.

The diagnosis of lymphoma came on what easily qualifies as one of the worst weeks of my life. We did what we could to slow the progress of the disease, to steal just a few more weeks to love her and spoil her, but we knew it was only a matter of time before the cancer fought back. 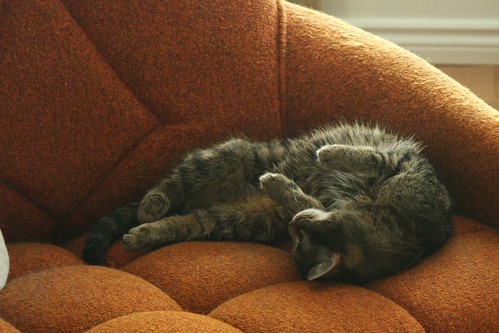 On a grey Thursday morning, almost a month to the day from the initial diagnosis, we took one last walk to the vet and said our goodbyes. There's been a giant hole in my heart ever since.

So long, my darling girl. You were a grumpy little weirdo, but you were mine. I miss more than words can say.