When it comes to guilty indulgences, I have more than my fair share. The occasional expensive latte on my afternoon coffee break? Yup. Lying in bed for an extra hour on weekends? Double yup. A great pair of shoes, especially if they're on sale? Absolutely. Gooey sweet desserts? Not so much. 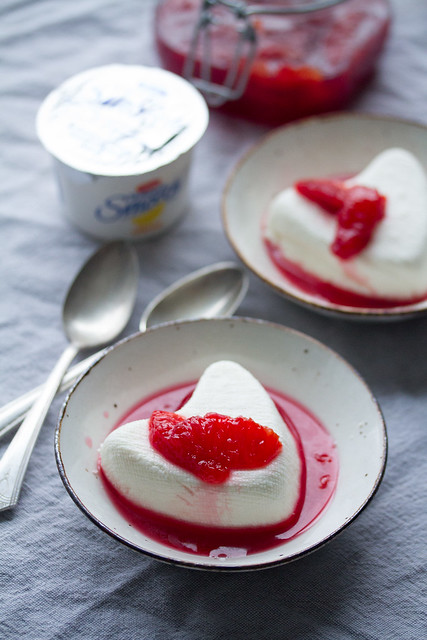 Yup. Despite what you might thing from reading this blog, I don't really have much of a sweet tooth. Honestly, I'd much rather save the calories for savoury treats, like gooey soft cheeses or fresh-baked bread.

I do, however, make an exception for certain things.

As of this week, I'm adding one more dessert to my list of exceptions - this citrusy riff on coeur a la creme, a classic French dessert that takes looks and sounds super-fancy, but actually takes roughly five minutes and four ingredients to prepare. 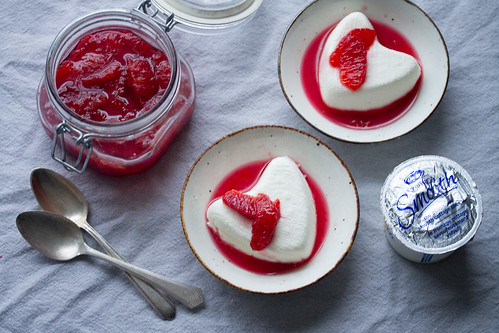 It's light as air and wonderfully creamy, falling somewhere in the intersection between cheesecake, panna cotta and mousse, and with just barely enough sweetness to keep it firmly planted in dessert territory.

And since citrus season is in full swing, I've topped it off with a brilliantly crimson blood orange compote. Partially because I love me some blood oranges (ding ding... another guilty treat), and partially because I just love that pop of colour against the snowy white of the coeur a la creme. 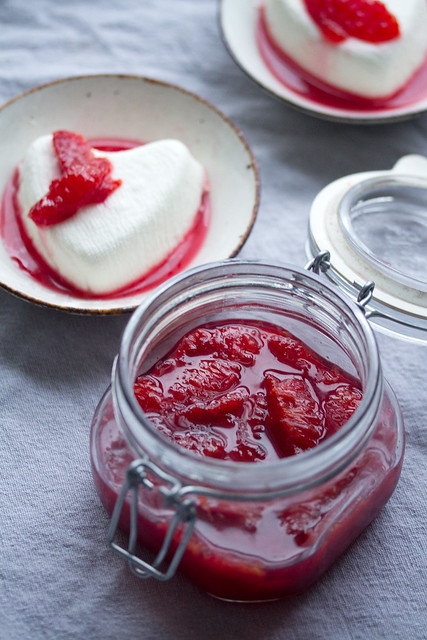 Not to mention that it's heart-shaped, which is a nice bonus... what with Valentine's Day coming up and all.

Traditionally, coeur a la creme is prepared using a combination of fromage blanc and creme fraiche. But since real fromage blanc can be a little tricky to find here in Canada, I've used a clever alternative.

(And no, it's not cream cheese, which is what most North American versions use.) 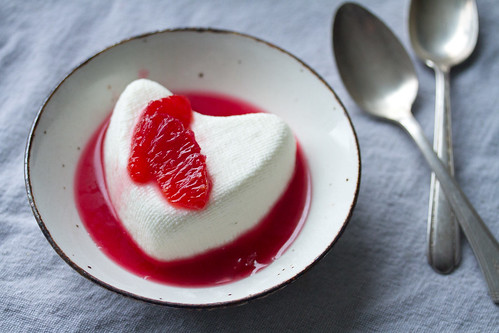 Yes, that's right. Cottage cheese. Betcha never thought something as mundane could be transformed into something so sexy, right? 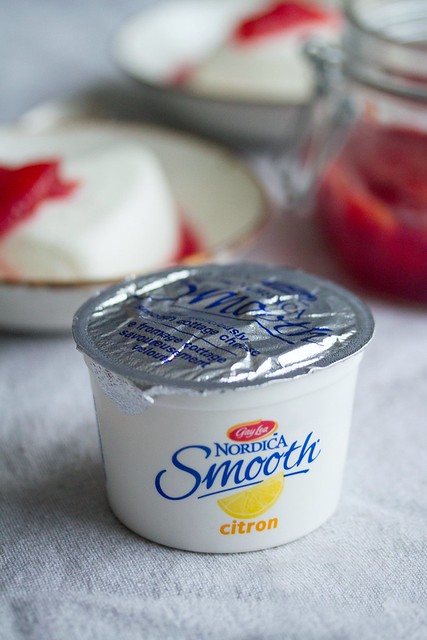 As far as indulgences go, it may not be up there with a cute new pair of boots on clearance, but it's dang close.

This classic French dessert may look impressive, but it actually comes together in a matter of minutes. Smooth cottage cheese takes the place of the more traditional fromage blanc - if you can't find it, substitute for regular cottage cheese and then blend in a food processor until smooth.

Make the Coeur a la Creme:

If you don’t have the special coeur a la creme molds, you use a fine wire-mesh strainer lined with cheesecloth and place over a mixing bowl to drain. It won't be heart shaped, but I promise it will be just as delicious!