For January's Kitchen Play event, bloggers were asked to feature California Endive in their recipes. They came up with all sorts of great ways to serve up this underappreciated vegetable, including this intriguing appetizer by Winnie at Healthy Green Kitchen, in which she braised endive halves in white wine and then topped them with a bright green gremolata. 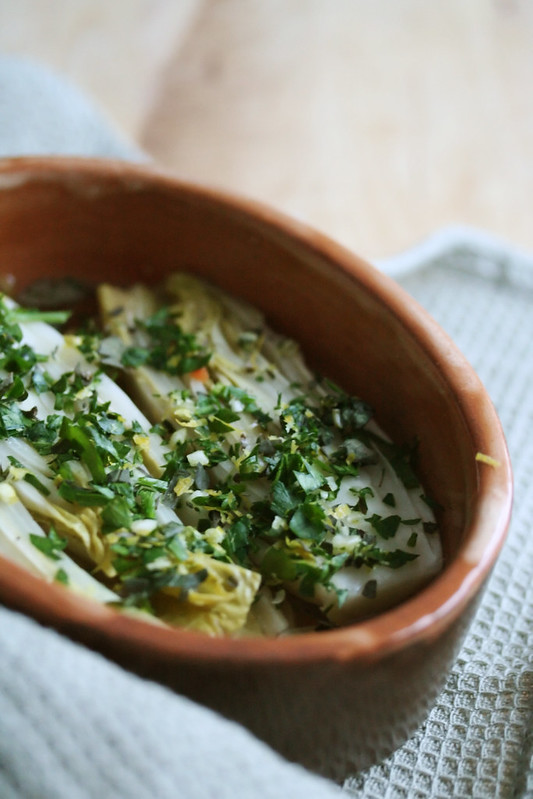 Since I'm always on the lookout for interesting vegetable dishes, I decided to pick up a few endives at the store and try it out for myself.

As an introduction to endives, this dish is ideal - it takes all of five minutes to get the ingredients into a baking dish, and then the endives and braising liquid are left to their own devices while the rest of the meal comes together. Easy and low-maintenance... just the way I like it.

As it turns out, I didn't braise my endives quite long enough, because I was reading too quickly and didn't realise that the endives go back into the oven after the first 30 minutes. That's why my dish looks slightly anemic if you compare to Winnie's photos. 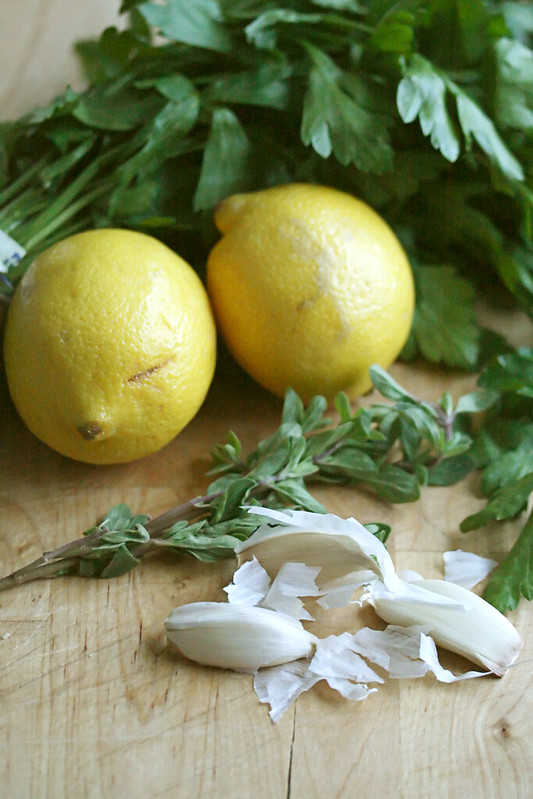 Despite my little boo-boo, I was really happy with the end results. Just as Winnie promised, the braising mellows out the endives' bitter edge, leaving them sweet and savoury and with just the slightest hint of bitter.

The texture was also quite pleasant, since the endives don't completely wilt into submission as they braise, but rather keep a slight bite that's reminiscent of cooked bok choy.

My one worry was that the endives would be too bland all by their lonesome, but they were quite flavourful even before getting a boost of bright colour and flavour from the gremolata.

And speaking of gremolata, I added a little chopped fresh marjoram just for the heck of it, which added a nice little je-ne-sais-quoi to the party. I also added a dab of butter to enrich the braising liquid, and halved the recipe since I was only serving two (and even so, I had enough left over for lunch). 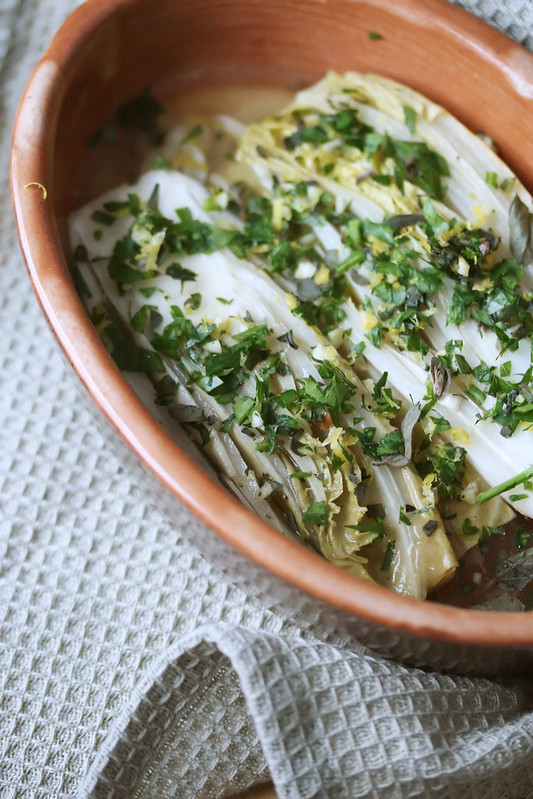 The final verdict? Delicious. It's easy enough for a simple weeknight supper of grilled Italian sausages and a pile of lumpy smashed potatoes, but elegant enough to serve up for a fancier dinner of roast chicken or pork.

It's definitely a grown-up sort of dish, but I think it'll be a great addition to my repertoire of interesting dishes for adventurous eaters.