When it comes to sports, suffice to say that I'm not exactly what you'd call a fan.  Not even close.  I can tell you the difference between a volleyball, a football and a hockey puck, but that's really about it. 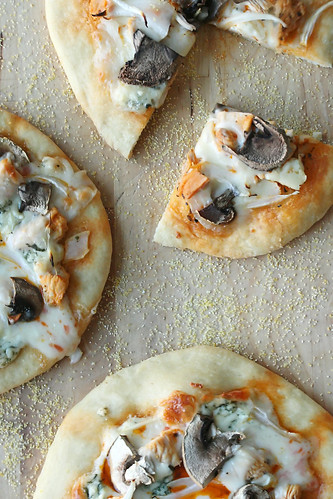 The Boy is pretty much the same. It's something I'm quite thankful for, considering many of the men in this country plan their lives around the Hockey Night in Canada broadcast schedule.  Basically, we watch the Olympics Games every time they roll around, and then go into a nice sports-free hiatus for another two years.

What we are fans of, though, is hot sauce.

So when the folks at Social Spark asked me if I'd be interested in talking a little bit about TABASCO® Original Red, I jumped at the chance.

Like I said... we're big fans. We put it on our eggs at breakfast, we add a dash to our soups and chilis, and stir it into marinades for a little extra zip.

Despite the fact that I'm totally clueless about sports, I'd have to be living under a rock not to know Superbowl weekend is almost here. (Actually, I only know that because that's also Glee starts airing new episodes again, and we all know how I feel about Glee...)
It seems like everyone in the blogosphere has only one thing on their mind this week, and that's what they're planning to serve for the big game. 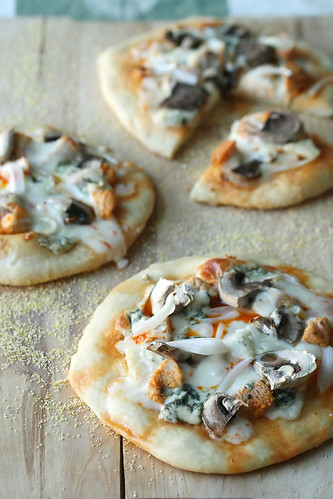 If you're still trying to sort out what to make, Tabasco's got a great website with tips and recipes to help you plan a Game-Day Party Menu that's guaranteed to satisfy everyone from the die-hard sports fan to the guy who's only there for the food.

As for my own menu, I'm serving up these adorable little Buffalo Chicken Pizettes. They combine three favourite Superbowl menu items - Buffalo wings, pizza and beer - all presented in a tidy individually-sized package full of spicy chicken, gooey cheese and crispy crust.

I've used a classic Buffalo sauce of Tabasco and butter as a marinade for the chicken breasts, and again instead of the usual pizza sauce for a double-whammy of tangy flavour that so much more than just hot.

In fact, it's surprisingly mild, so hardcore suicide wing afficionados will probably want to add a dash or two of straight-up Tabasco sauce to their pizza before digging in. Overkill? Never.

Add a platter of carrot and celery sticks with blue cheese dip on the side, and you've got yourself a seriously game-worthy snack. Moist towelettes are entirely optional.

Disclosure: This post brought to you by TABASCO® Original Red. All opinions are 100% mine.

These little individually-sized pizzas have all the goodness of your favourite hot Buffalo wings, and none of the mess. Serve with a platter of veggie sticks with blue cheese dip for a proper Buffalo-style experience.

Start with the Beer Pizza Dough.

Assemble and Bake the Pizzettes:

If you'd prefer to make this as a full-sized pizza, roll out the full amount of dough into a rectangle, then layer with toppings as directed. Bake for 15-18 minutes, or until bubbly and browned.