I know the first post of the new year is supposed to be something healthy, full of promises to detox from the holidays and clean up my act so that I can be appropriately svelte by the time swimsuit weather rolls around... but honestly, there was no way I was going to keep this recipe to myself. 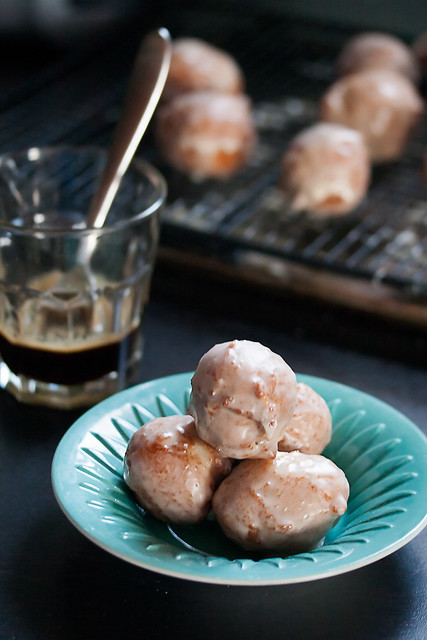 I came up with it for the Crown Maple Syrup #TaptoTable Recipe Challenge, which tasked bloggers to put a savoury spin on a sweet recipe featuring their certified organic 100% pure maple syrup. 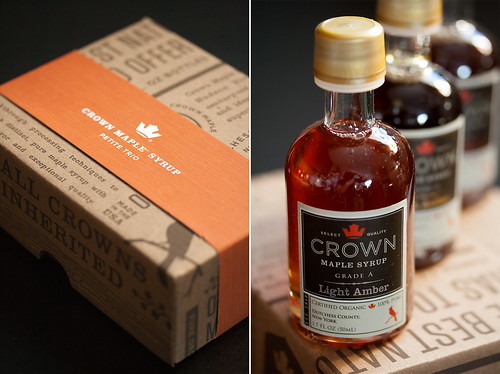 For inspiration, I pulled from the delicious dishes of the dearly departed (and bitterly lamented) mecca of nose-to-tail brunching, The Hoof Cafe.

More specifically, I wanted to recreate their melt-in-your mouth rich bone marrow doughnuts, teensy bite-sized morsels of rich dough filled with tangy house-made jam that could send even the most hardened of Yelp critics into rapturous bliss. It's been a couple of years since they closed up shop, but I still dream about those doughnuts. 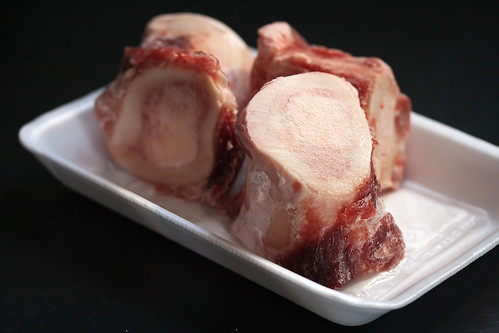 Unfortunately, my best attempts to wheedle the recipe (or even a rough description of the process) during my last visit were to no avail. And in case you're curious, there is not a single bone-marrow cake or doughnut recipe to be found on the entire internet, which meant I didn't have much to go on in terms of how best to incorporate bone marrow into a standard doughnut batter. Either that, or my Google-fu has seriously failed me.

Which meant I had to totally wing it, and hope that they wouldn't be entirely inedible. Thankfully, marrow bones are dirt cheap, so the most I had to lose was a cold winter afternoon and a few bucks. 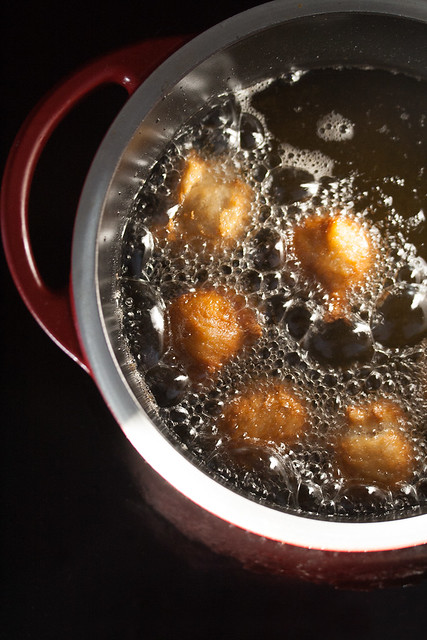 So here's the thing... these aren't quite like the doughnuts I set out to recreate, but they're still pretty darn amazing.

Plus they totally defy some kind of universal law of doughnut-dom.  Unlike most doughnuts, they actually get better the longer they sit. 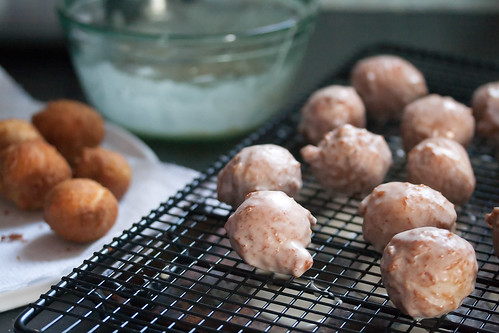 For serious. After a day, the glaze softens up the outside, making them soft and rich and meltingly tender. After two days, the maple flavour deepens and becomes more intense. Even on day three, they're still utterly perfect, in a roll your eyes to the back of your head and do a contented little dance as you nibble on the last of the doughnuts, assuming they've actually lasted this long. 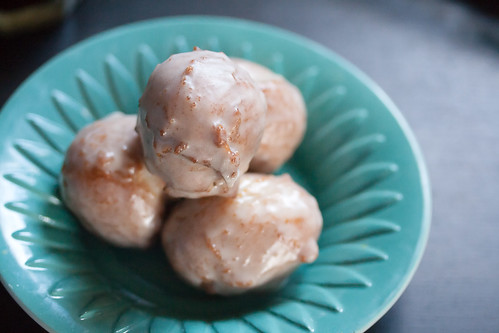 And as odd as marrow might seem, you can't taste it at all - it just adds a lovely richness to the dough, which is all the better to show off the flavour of the maple syrup, which appears in both the batter and the glaze for a double dose of mapley goodness.

Honestly, I think this might be worthy of a Nobel prize, but I'll settle for another dozen of these babies instead. (And then I'll have an appropriately healthy salad. Promise. It's all about balance, right?)

Disclosure: I was provided with a sampler box of Crown Maple products to help me develop a recipe for the challenge, but wasn't otherwise compensated for this post. All opinions are, as always, entirely my own.

Print
Prep time
12 hours
Cook time
15 mins
Total time
12 hours 15 mins
Bone marrow might sound like an unusual ingredient for sweet doughnut holes, but all it adds is a wonderful buttery richness to the dough. As for the flavour? It's pure mapley goodness, thanks to a double-dose of light and dark maple syrups.
Author: Isabelle Boucher (Crumb)
Recipe type: Dessert
Serves: 48
Ingredients
Instructions
Prepare the Marrow:
Make the Doughnuts:
Glaze the Doughnuts:
Wordpress Recipe Plugin by EasyRecipe
3.2.1263
« So Long, 2013: A Year-End Wrap Up
Winging It: Coca-Cola Glazed Chicken Wings »
6 shares