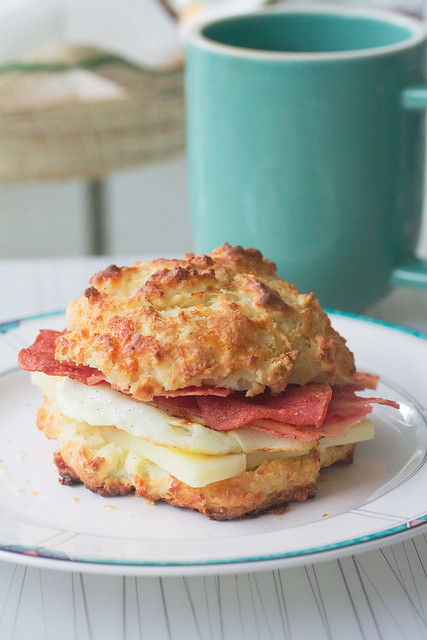 My favourite list, though, is all of the unforgettable foods I want to re-create in my own kitchen, mostly because I can’t afford the plane ticket (or in some cases, the time machine) to go back to the place I first tried them every time I have a craving.

These biscuits have been at the top of the list for a very, very long time. I first had them at a little café in Mahone Bay, an adorable little town in Nova Scotia that’s a perfect stopover when you’re driving from Halifax to Peggy’s Cove. 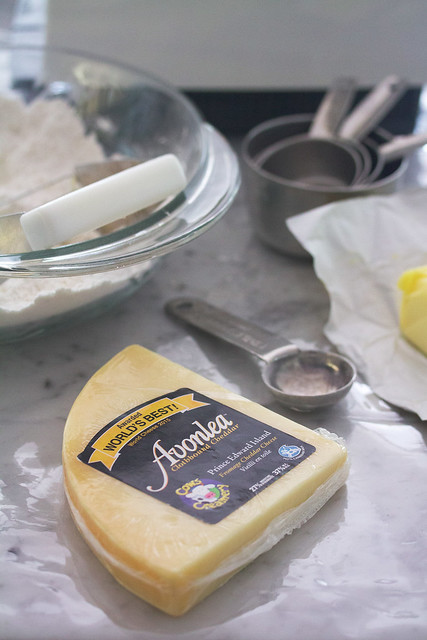 The food at this little café was lovely, but the real star of the show was the basket of freshly-baked cheddar black pepper biscuits they’d bring out instead of the usual bread basket. The biscuits were soft and pillowy, and generously flavoured with loads of cheddar and black pepper. It was worth the drive just to get a basket of those biscuits.

These biscuits seemed like the perfect way to show off this month’s featured Canadian cheese: Avonlea Clothbound Cheddar from Cows Creamery in PEI. (If that name sounds familiar, it’s probably because you’ve seen their ice cream and/or their cute cartoon cow t-shirts, both of which are basically an institution in the Maritimes at this point.) 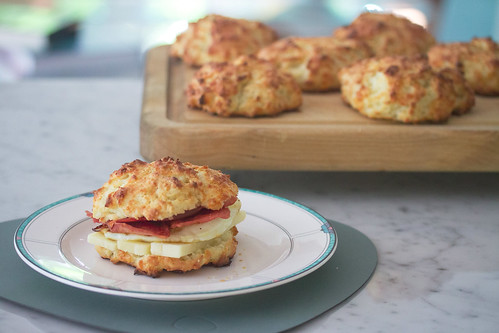 The same summer that I first discovered the little café in Mahone Bay and their delicious biscuits, I also discovered the Cows ice cream shop that sits on a pier in the Halifax harbour. I may or may not have sacrificed a chunk of my paycheque and my waistline to their chocolate cheesecake ice cream.

I’m pleased to report that Cows’ cheese is as delicious as their ice cream, if not more. 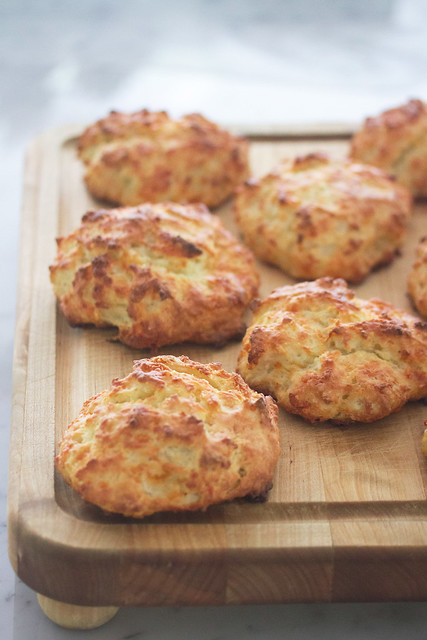 Avonlea is a traditional English-style cheddar that’s made with unpasteurized cows’ milk from local farms. Each wheel is wrapped in cloth and aged for at least a year in the creamery’s caves. It’s sharp and crumbly, like a proper cheddar should be, with a well-rounded creamy flavour.

I’m also pleased to report these biscuits are every bit as tasty as the ones I remember from the café.  They’re just as pillowy, tender and golden-brown, and loaded with savoury cheddar and black pepper.

Obviously, these biscuits are perfectly delicious on their own, freshly baked and still warm from the oven. But if you really want to up your game, they’re even better as the base for a savoury breakfast sandwich stuffed with bacon, egg, and (obviously) sliced Avonlea cheddar. 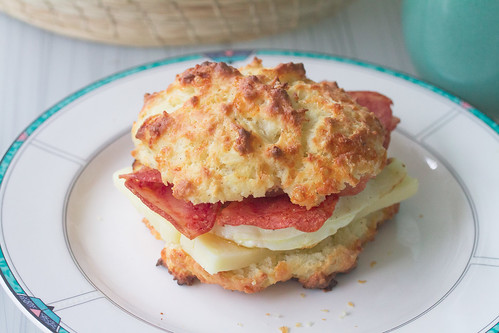 And best of all, you don’t even have to hop in a car and drive all the way to Mahone Bay to satisfy your craving.

(Or, in this case, hop in a time machine… because sadly the café in question is now long-gone.)

These savoury breakfast sandwiches will have you swearing off the coffee shop version forever. Prefer to keep it simple? Skip the fillings and enjoy the perfectly golden and fluffy cheddar and black pepper biscuits on their own!