There's only one word I can use to describe the past couple of weeks, but unfortunately I can't really print it in a place where my mother will read it.

So instead we'll settle for a handful of euphemisms that aren't as likely to offend. It's been crap. Terrible, horrible, and all kinds of no good. 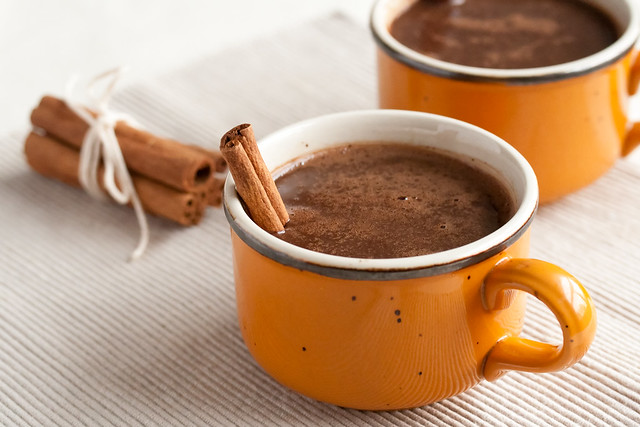 So far this month, I've been under the weather, up to my eyeballs in work and wedding planning, up to my knees in snow, and up to my ankles in slush.

If I could take the first half of February back to the store for a full refund of my purchase price, I totally would, because it's obviously defective.

Is it any wonder, then, that I've had a craving for hot chocolate that just won't go away?

Chocolate is, after all, the cure for just about everything. (Well, except for this cold. Nothing seems to make a dent in it, including copious quantities of chicken soup.) 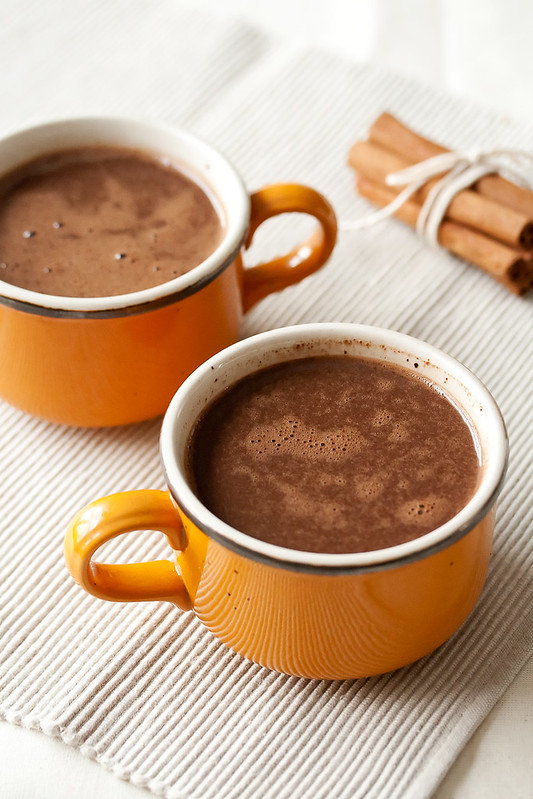 I tend to change up the contents of my hot chocolate depending on my mood. Lately, though, I keep going back to a recipe I first picked up at a fantastic baking event hosted by Silk Canada at the Calphalon cooking studios back in December, where they paired up food bloggers and food personalities bake up some dairy-free chocolatey goodies.

The hot chocolate was actually a bonus item, meant to tide us over while our various goodies were baking away in the oven, but it turned out to be my favourite part of the event.

(Though the recipe I made with Cynthia of Curbside Bliss Cupcakes, a ridiculous moist and gooey Chocolate Cinnamon Cake topped with a cooked chocolate frosting and dotted with chopped walnuts, comes in at a very close second.) 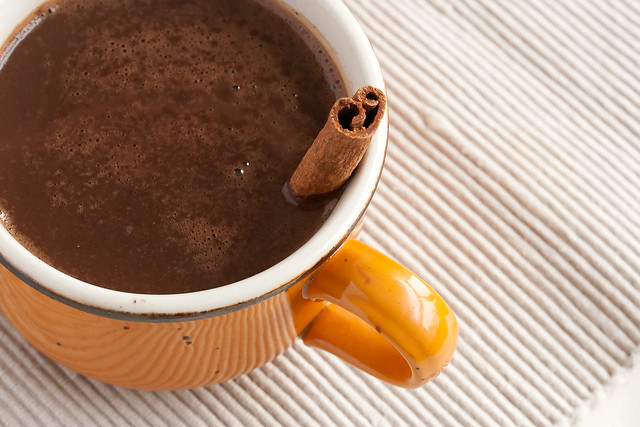 This particular version of classic Mexican Hot Chocolate takes all the best parts of hot chocolate - the soothing warmth, the deep chocolatey flavour, and an unctuously rich texture - and then layers in a spicy blend of cayenne, cinnamon, vanilla and freshly grated nutmeg that is absolutely to die for.

Plus, when it's made with Silk Dark Chocolate Almond and unsweetened chocolate (which is the way I've been doing it), it's also completely dairy-free... which is rather handy considering I've got a few lactose-intolerant folks in my life.

And... should your February thus far be as craptacular as mine has been, you might like to know that it's very nice indeed with a splash of rum. :) (Just don't tell my mom I said so, k?)

This particular version of classic Mexican Hot Chocolate takes all the best parts of hot chocolate and then layers in a spicy blend of cayenne, cinnamon, vanilla and freshly grated nutmeg that is absolutely to die for.