There are few things in life that are quite as satisfying as sitting down to a steaming hot bowl of soup on a cold, snowy day. 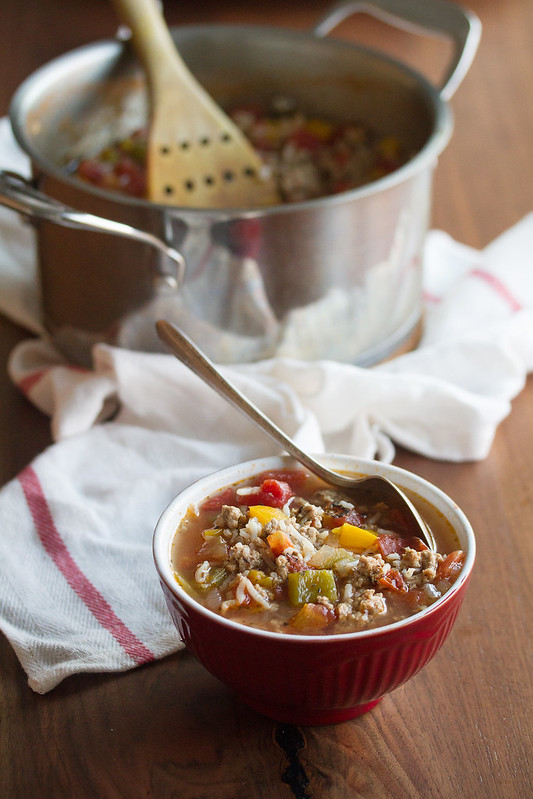 I'm not particularly picky about what kind of soup, either. Chicken noodle, cream of mushroom, ramen, pho, bouillabaise.... as long as it's some kind of piping hot broth-based concoction, I'm a fan.

As I type this, Toronto is just digging itself out from its first major snowfall of the winter, which was conveniently timed with a major blast of cold air. Between the bitterly cold winds and the ankle-deep drifts of snow, I think it's safe to say that we are deep in the throes of soup weather.

That probably explains why I'm totally craving this super-chunky, super-hearty, super-flavourful bowl of deliciousness that I whipped up a couple weeks ago. Talk about some perfect timing! 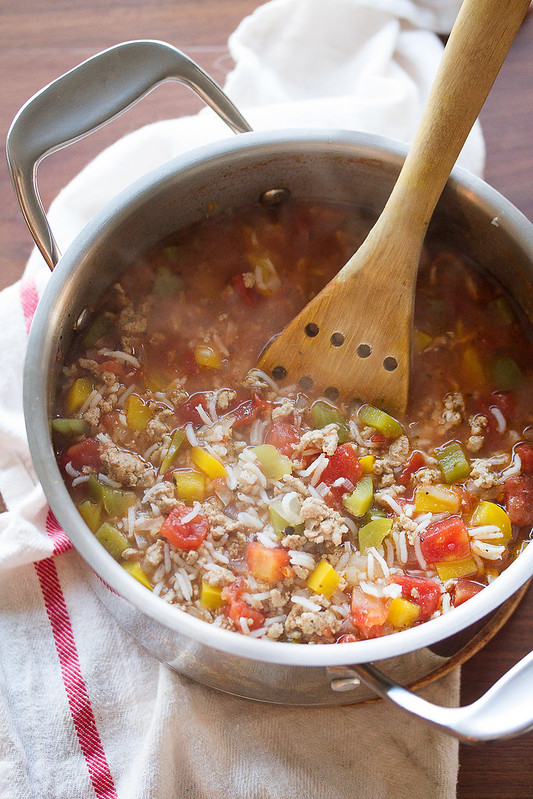 What's in this bowl, you ask?  Basically, it's everything you would put into stuffed peppers, only without the hassle of actually stuffing said peppers. Which is pretty damn awesome if you're lazy like me, because that's one less thing standing between you and instant gratification.

Stuffed pepper soup isn't exactly an original idea, but I found that most of the recipes I tried used both diced and pureed tomatoes, which made for a very tomato-ey sort of broth.

I wanted my soup to have a lighter, brothier base so that the flavours of the turkey, peppers and rice shine through. After playing around a little, I ended up going with a single can of fire-roasted tomatoes, which adds just the right amount of tomato flavour without overwhelming all of the other ingredients. It's a great compromise. 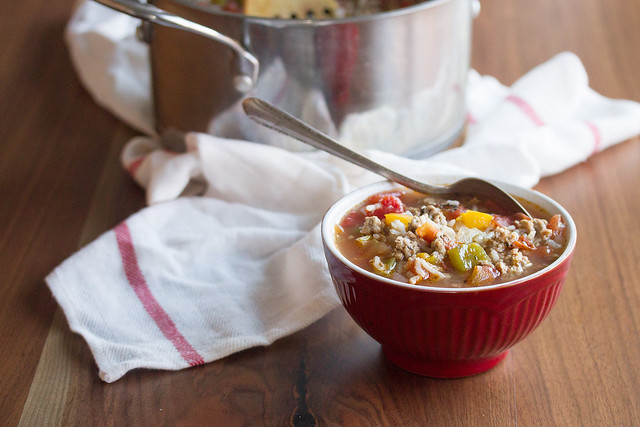 The rest is as easy as it gets - brown some ground turkey, chopped peppers and onions, add a little smoked paprika and oregano for depth, and then dump in diced tomatoes and broth. Simmer a little while to let the flavours mingle, then stir in some cooked rice just before serving. (Basmati, preferably, but plain ol' long grain will do just fine if you happen to have some leftover in the fridge.)

It's the perfect soup for wintry weather. Hearty without being heavy, and full of satisfying flavours and chunky textures that will have you going back for seconds. 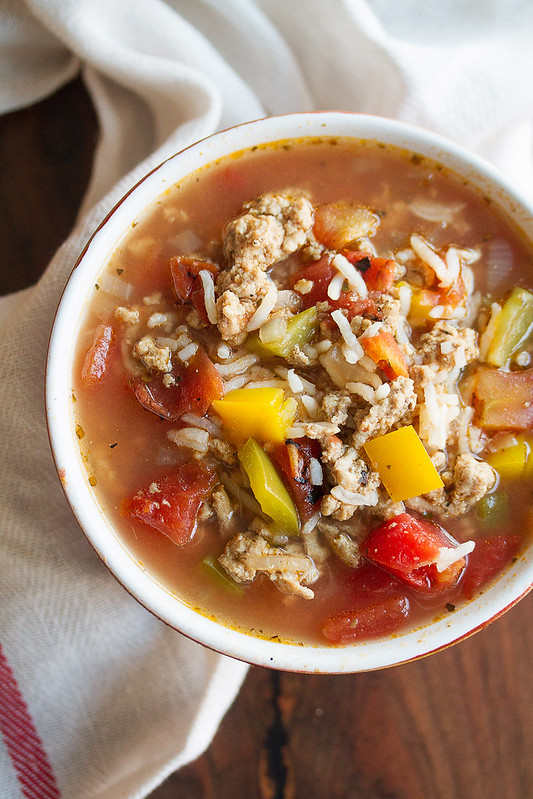 And did I mention it's a total one-pot wonder? All you really need to complete this meal is a hunk of crusty bread for mopping your bowl clean.

I can't promise this soup will shovel the sidewalk for you or make the trudge to the office any more pleasant, but it will chase the winter chill away... if only for a short while.

This soup combines all the goodness of classic stuffed peppers in tomato sauce into a hearty, one-pot main dish that's perfect for chasing off the winter chill.