As a child of the 70s, I remember French Onion Dip quite fondly.

It was ubiquitous back in the day, mostly because even the least culinarily-inclined person knew exactly how to make it - take one envelope of onion soup mix, add to one container of sour cream, mix together and let stand for an hour or two to rehydrate the onion flakes. Tah dah! Instant dip. 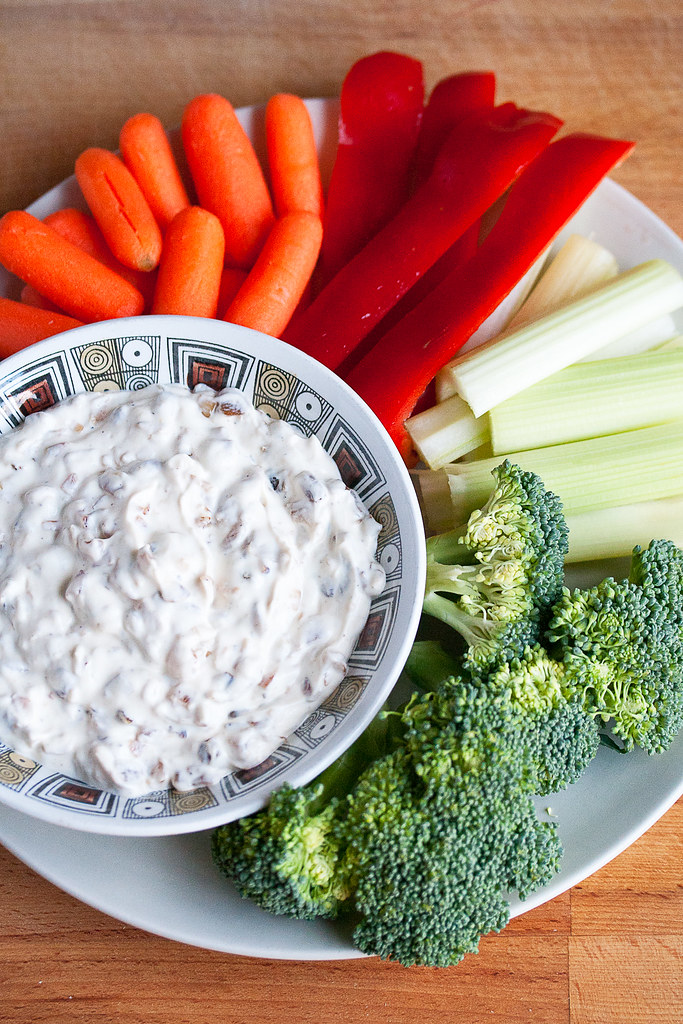 It's easy, it's quick and by golly, it totally justifies the existing of plain ruffled chips. (Nobody actually eats those without dunking them in dip, do they?)

The thing is, the real thing is a million times better.

Sure, chopping and caramelizing a giant pile of onions does require a little more effort and lots more patience... but the payoff at the end is utterly worth it. It is to the instant soup dip as real mac n' cheese is to the orange-coloured stuff in a box. 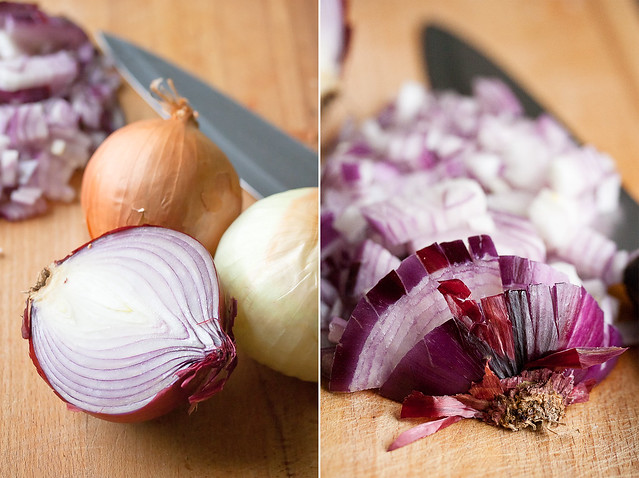 The reward for all that hard work and patience is a beautiful bowl of dip that's creamy, slightly tangy, with a deep and slightly sweet caramelized onion flavour.

It also has a little secret... the usual sour cream has been replaced with non-fat Greek yogurt. Same thick, creamy texture, only without the fat (and none of those extra things they add to non-fat sour cream, either).

Living in a Greek neighbourhood, it's always been relatively easy to find a good-quality Greek yogurt, but lately it's gotten even easier thanks to the explosion of mass-market brands hitting the supermarket shelves. It's pretty magical stuff... because it's so much thicker than regular yogurt, you can get a rich and creamy texture even when you're using the non-fat kind. 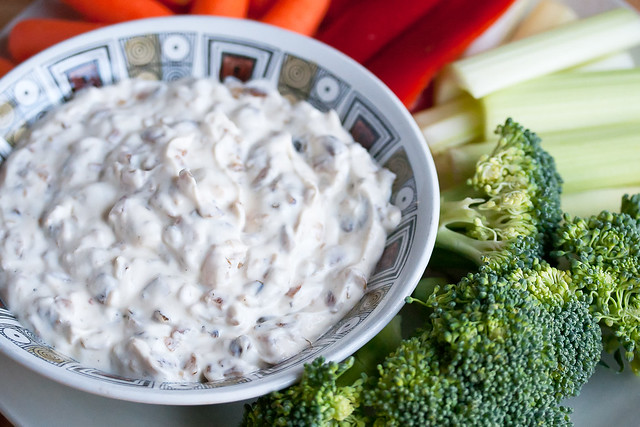 And as crazy as it sounds, I think the yogurt actually makes this dip even better than the original sour cream version. That's because the yogurt adds just a little bit of extra tangy flavour, which plays up the sweetness of the onions.

Plus the thickness of the Greek yogurt means you don't miss any of that rich creaminess, so this dip still feels like a guilty treat even though it's actually not bad for you at all.

Pair it with veggie sticks for a healthy snack, or serve it up with chips for game night. 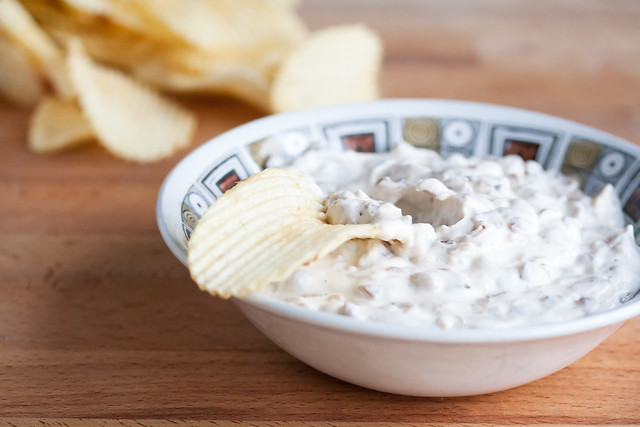 No sir, this definitely ain't your momma's onion soup dip. Your chips (or veggie sticks) won't know what hit 'em!

This is the real deal - a lightened-up creamy, tangy yogurt dip flavoured with loads of finely chopped onions slow-cooked until golden brown and caramelized. One bite and you'll never go back to the soup mix version again. Promise.