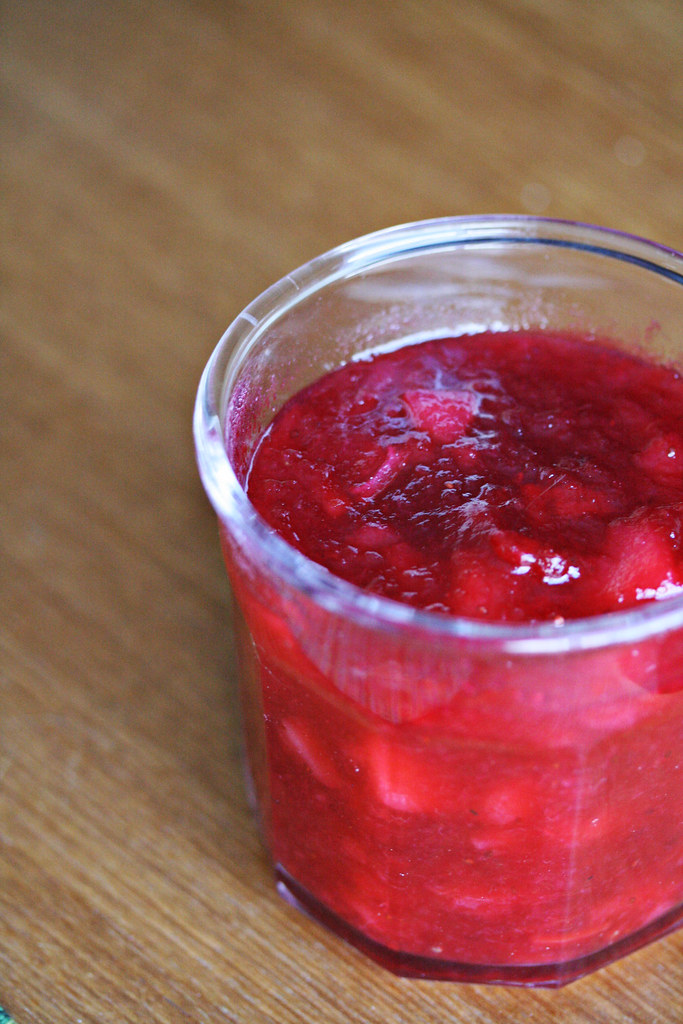 I suppose it was only a matter of time before the jam bug came along and bit me. I've always been in love with the way jams look - all those jewel-like colours in their pretty glass jars, and the way they captured the taste of summer fruits even in the middle of winter.

It began innocently enough... a bag of oranges on sale, some leftover pomegranates that I'd bough to as Christmas decorations, and a whole two weeks of vacation time just begging to be filled with all those things I can never seem to find time to do. Before I knew it, I was hunched over the stove brewing a batch of Orange-Pomegranate Marmalade, which was swiftly devoured by the entire household (including a visiting Mumsy Dearest, who declared it was divine).

I suppose there's always room for one more reason to hover over a hot stove stirring away at a bubbling mixture while inhaling delicious aromas... Right?

Now I'm just counting down to summertime and its bounty of fresh fruit, since it'll offer up a million new possibilities. Blueberry-Ginger? Mulberry-Blackberry-Raspberry? Peach-Amaretto? Strawberry-Rhubarb? It's enough to make a girl giddy. In the meantime, though, here's a lovely tangy combination that takes advantage of a few fruits that are readily available in the dead of winter.

Using a very sharp knife, cut lemons in half, and then cut halves into very thin slices; discard ends. Transfer lemon slices to a mixing bowl. Add ½ cup water and refrigerate overnight to soften the peel.
The following day, sterilize three one-pint jars.
Using a food processor, pulse the cranberries until finely chopped. Combine in a large non-reactive saucepan with pears, lemon slices and soaking liquid.
Bring to a boil over high heat. Cover, reduce to a simmer and cook for 15 minutes, stirring frequently. Gradually add sugar, stirring until sugar is dissolved.
Increase heat to high and bring to a high boil. Cook, uncovered, until mixture forms a gel, about 30 minutes, stirring frequently. Remove from heat.
Carefully ladle into sterilized jars. Keep refrigerated in an air tight container for up to a month, or process for 15 minutes in a boiling water bath and store in a cool, dry place for about 6-12 months.