Some people like to say you shouldn't mess with a classic, but I'm convinced that that's just because they haven't had a Maple Manhattan yet.

Now, don't get me wrong. I love me a proper traditional Manhattan, but there's something downright alchemical about the way sweet maple and spicy rye bring out each other's very best qualities without compromising on what makes the Manhattan such a damn fine cocktail to begin with... no fizzy mixers, no frou-frou umbrellas, no fruity neon-coloured liqueurs, no nonsense. 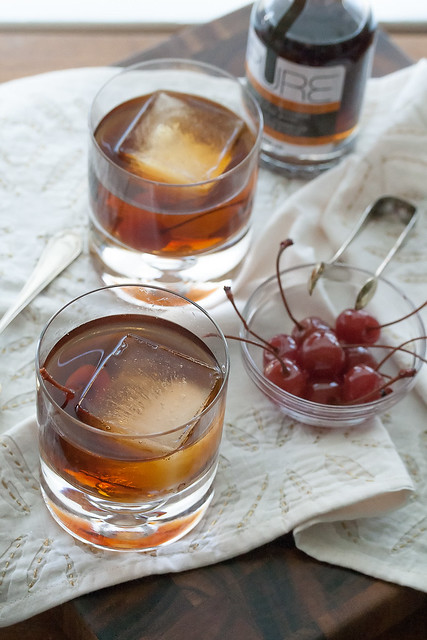 Admittedly, I have a soft spot for Manhattans in general. It's entirely sentimental... where some couples have "our song", but my husband and I like to think of the Manhattan as "our cocktail". (We're not alcoholics, I swear. We just love us some old-school cocktails.)

This particular version goes one step further by using a splash of PURE Infused Maple Syrup, a naturally-infused maple syrup produced in Nova Scotia that I recently discovered through their partnership with the Food Bloggers of Canada. 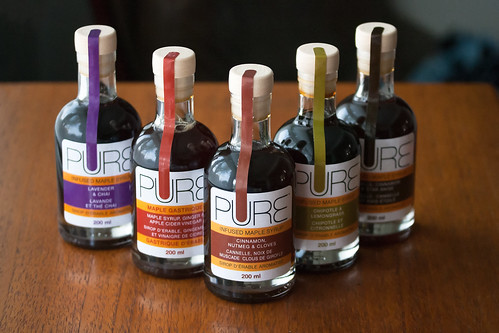 I received a sampler pack earlier this spring, and am head over heels in love with them.

Unlike most flavoured syrups, the flavours in PURE Infused maple syrups complement the natural sweetness of the maple, rather than competing with it, and use combinations that are equally good with savoury as they are with sweet. 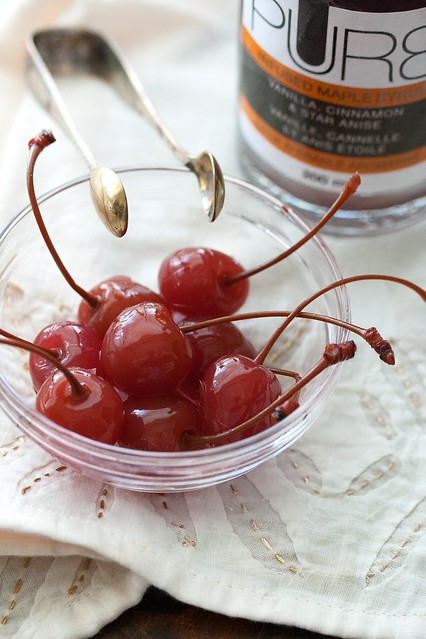 As a result, they're surprisingly versatile in the kitchen.

Over the past few weeks, I've been pouring them over waffles, tossing them with roasted root vegetables, drizzling them over ice cream, and even brushing them onto chicken thighs.

However, I've discovered they're particularly amazing when used as a substitute for simple syrup in cocktails. 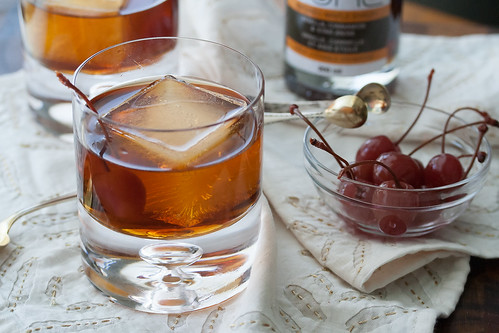 So far, I've used the Cinnamon, Nutmeg and Clove syrup in a tangerine-based Whiskey Old Fashioned and the Lavender and Chai syrup in a floral variation on the Gin Collins.

The real winner, though, was this subtly spiced Manhattan made with the Vanilla, Cinnamon and Star Anise syrup. 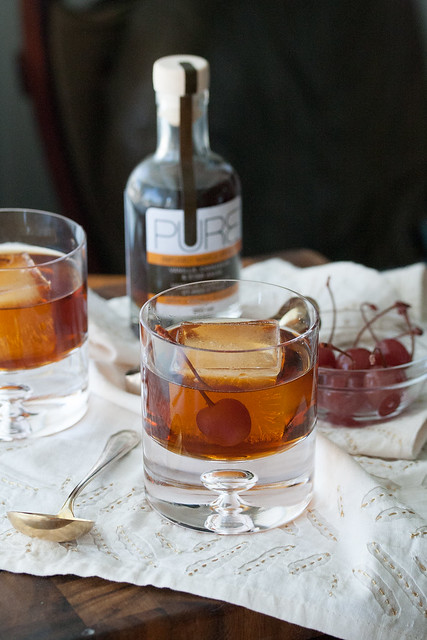 It's smooth and sippable, just like a proper Manhattan should be, with hints of warm spice and mellow vanilla from both the syrup and the rye.

Despite the relatively generous pour of syrup that goes into the glass, it's not cloying at all... the rye still has enough bite to keep it grownup and complex, but it's still approachable and downright drinkable. And there's even a cherry on top. 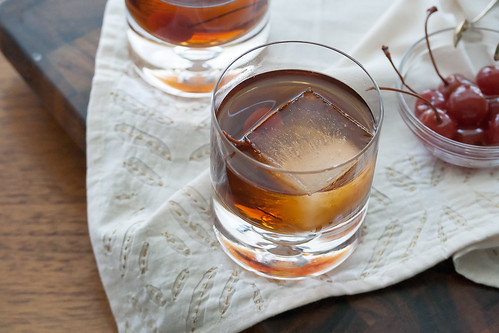 Proof positive that a little change is always a good thing, even for the classics. After all, in the words of the great Winston Churchill: "To improve is to change; to be perfect is to change often."

I think that calls for a toast... don't you?

Disclosure: I was provided with a selection of PURE Infused Maple Syrups for review and recipe development purposes. All opinions expressed in this post are, as always, entirely my own.

This subtly spiced version of the classic Manhattan cocktail is made with rye whiskey, sweet vermouth and a splash of spiced maple syrup.