(Apologies if you're one of the latter. I suppose I should be grateful you're out there, because that means more fruitcake for me.) 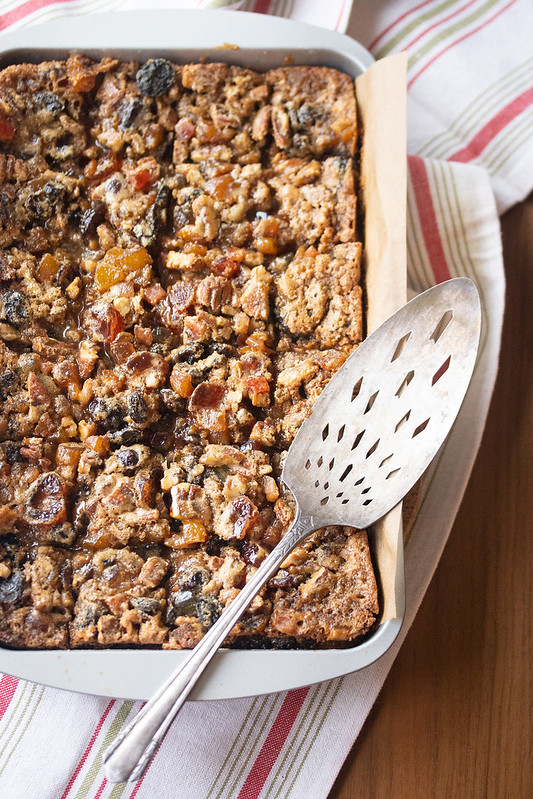 If you're one of the former, I think you'll especially enjoy today's recipe, which pairs an almond shortbread base with a gooey fruit topping that will satisfy your deepest, darkest fruitcake cravings. This year, I want to help you get into the holiday spirit with a little something I'm calling the 12 Days of Christmas Cookies.

From December 14 to 25, I'm posting a new holiday cookie recipe each day. Did you miss one? You can catch up on my Christmas Cookies page.

A Fruitcake Walks Into a Bar

The problem with fruitcake is that most commercial versions have too little fruit and too much cake.

And let's be honest, what really matters in a fruitcake is the boozy fruit and the marzipan frosting. The cake is just a delivery mechanism.

These bars skip right to the chase by leaving out the cake. Instead, there's a buttery almond shortbread base that echoes the flavour of the marzipan, and a gooey brown sugar layer filled with the very best part of the fruitcake - a mix of brandy-soaked dried and candied fruits. 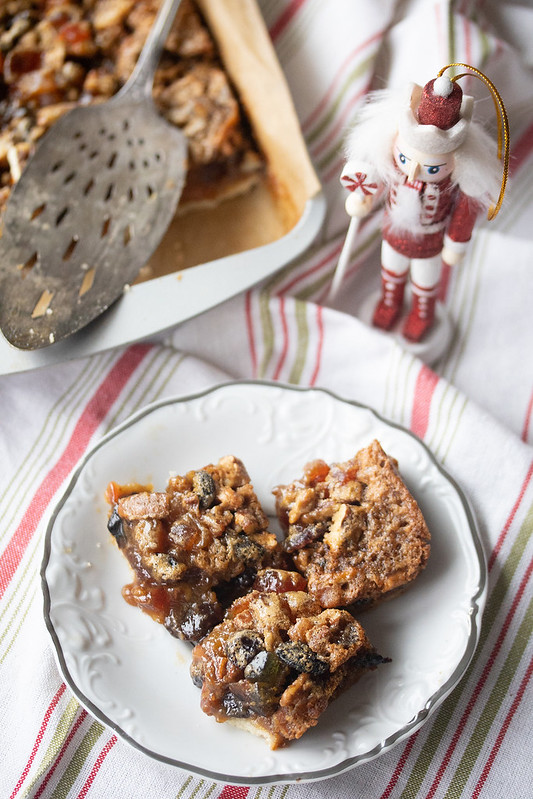 A Short History of the Much-Maligned Fruitcake

The poor fruitcake gets such a bad rap in pop culture. It gets compared to a fruitcake, and jokingly regifted year after year. There's even a National Fruitcake Toss Day in the calendar on January 3rd.

The original recipe dates back to the Middle Ages, when dried fruits became more widely available, though it bears little resemblance to what you'd find in your local bakery nowadays.

Modern-day fruitcake first emerged in the 18th century, when its combination of expensive candied fruits and nuts made it a splurge worthy of a special occasion, hence why it's still traditionally served at weddings and holidays in many countries. Thanks to its high sugar and alcohol content, a good fruitcake can keep for months or even years without going bad. (Though in my house, it rarely lasts more than a few weeks.) 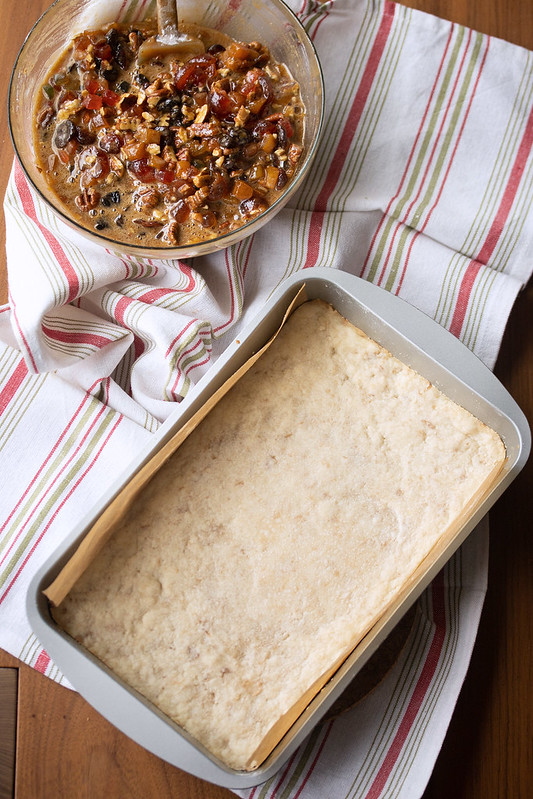 What's the Best Fruit for Fruitcake?

The most important part of any fruitcake recipe is the mixture of dried fruit that's soaked overnight in brandy. And that goes double for these squares.

What fruit you choose is really up to you. Personally, I chose to use a combination of dried apricot, cranberries, cherries and raisins, but I won't judge if you'd rather go in a different direction.

There are no rules here. Hate raisins? Leave them out. Love cranberries? Make an all-cranberry version to prove your devotion. Just make sure that any larger fruits, such as apricots or prunes, are chopped into smaller bite sized pieces so that they're more evenly distributed.

As for the brandy, you can choose to swap it out for rum, sherry, whisky or bourbon. If you'd prefer an alcohol-free version, try swapping out a strong black tea or fresh orange juice for a totally different (but equally delicious) flavour profile. 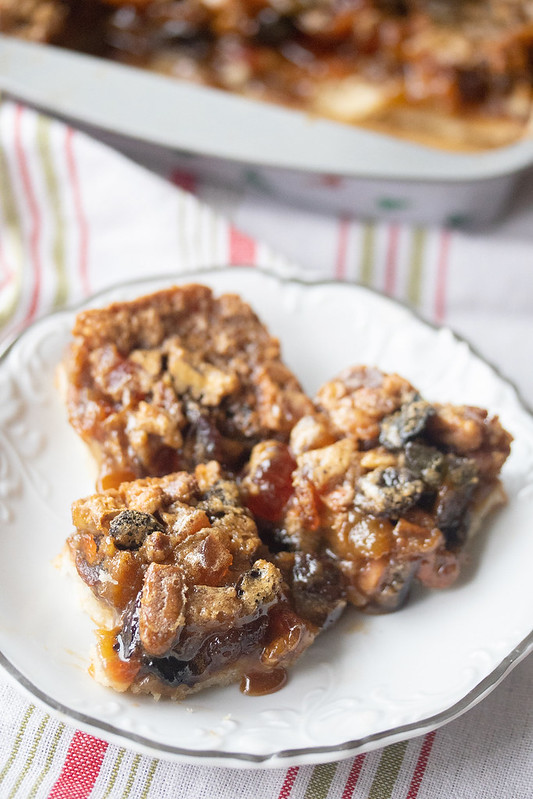 Need more fruitcake in your life? Here are some delicious treats inspired by the most classic of Christmas desserts:

These festive treats take all the best parts of a fruitcake and a butter tart, all wrapped up in one easy shortbread-based square. Unlike a traditional fruitcake, you don't need to plan weeks ahead, though you do need to soak the fruits overnight in brandy.

Storage: Store the squares in an airtight container in the fridge for up to 1 week, or freeze for up to 1 month.