When it comes to romancing your beloved on Valentine's Day, some people swear by a dozen red roses and their patented Best of Barry White playlist, while others prefer to woo their sweetheart over an expensive candlelit dinner at a fancy-shmancy restaurant. 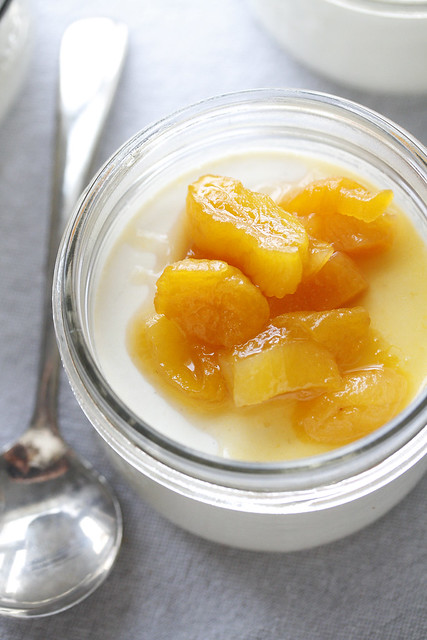 Personally, I don't get all that excited by roses or by Barry White, and I can't stand being herded into a jam-packed restaurant to eat an overpriced meal while trying not to bump elbows with the next table over.

No, my idea of romance is a simple meal and a bottle of wine served in the comfort (and privacy!) of my own home, with a decadent dessert at the end to satisfy that darn sweet tooth of mine. 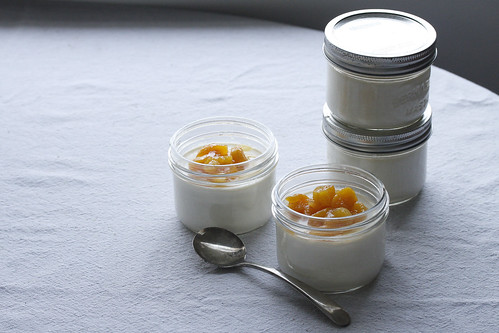 One of my favourite fancy-pants special occasion desserts is a simple homemade panna cotta. Its elegant and luxurious, but it's also dead easy to make, especially since you easily prepare it a day or two ahead and then stash it in the fridge until the big event.

It's also really easy to create variations on the basic theme by infusing the cream with different flavours. This particular version uses a generous two tablespoons of Gourmet Garden Lightly Dried ginger to infuse the cream with a subtle (but not too subtle) gingery tingle. Ginger is reputed to have aphrodisiac properties, after all, which makes it a perfect choice to cap off your romantic evening at home. 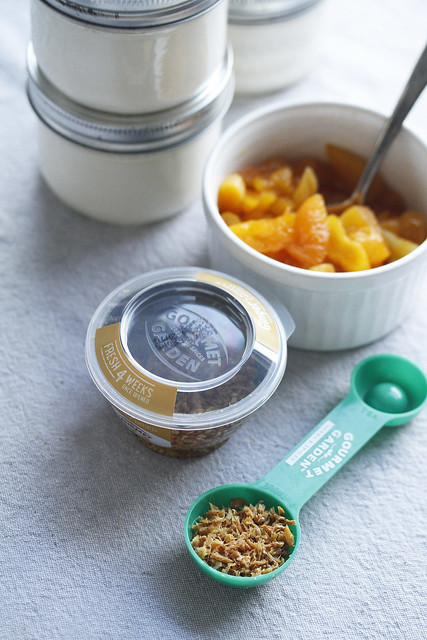 Once it's thoroughly infused, the cream is sweetened with a whisper of maple syrup and blended with just enough gelatin to set it to a soft custardy wobble (because there's nothing sexy about rubbery panna cotta). To top things off, there's a spiced apricot compote to add a pop of bright orange colour and a tangy contrast to the creaminess of the panna cotta.

With this killer combination of good looks and great taste, you might just tempt your date into skipping dinner and going straight to dessert... and that, my friends, is way more romantic than any Barry White song. 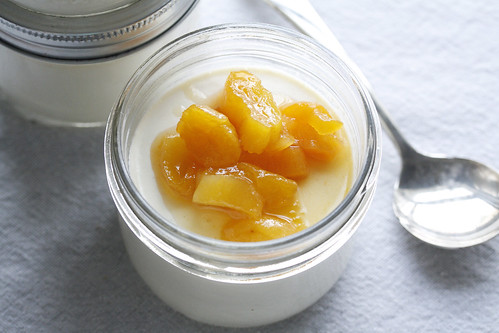 (PS: If you're not a fan of apricots, these red wine and vanilla roasted strawberries or this rhubarb compote would also work wonderfully.)

Disclosure: This post is part of a series sponsored by Gourmet Garden. All opinions, as always, are entirely my own.