Sometimes, when I get a really bad case of chef's block, I've been known to wander aimlessly through the supermarket aisles until inspiration finally jumps up and grabs me.

Other times, I'll have walked into the store with a perfectly good recipe planned out, only to change my mind when an ingredient catches my eye. Take this recipe for stuffed eggplant, for example. 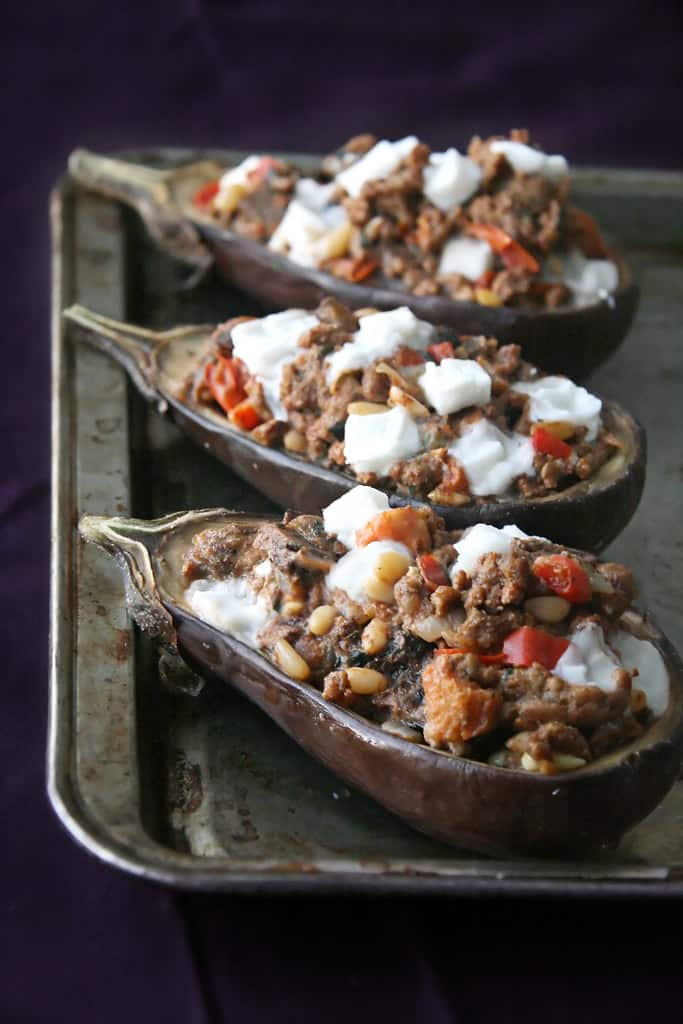 It all started when a bag of cute little baby eggplants practically jumped into my basket as I walked into the greengrocer's one evening.

(Other people get followed home by stray animals... me, I get followed home by fresh produce instead. The Boy has gotten used to having me sidle over to him in the middle of the supermarket with big puppy dog eyes and begging "Lookit! It's a celery root! Isn't it the cutest? Can we take it home? Pleeeeease?")

It seemed like a shame not to show off the adorable little plump shape of these mini-eggplants, so it was pretty much a given that I'd have to go with stuffed eggplant.

Add a pack of ground lamb sitting in the fridge, some mint from the garden that ought to get used before the frost and a handful of leftover pine nuts from last month's pine nut tart, and there you have it... stuffed baby eggplant with a Middle Eastern sort of filling.

Not bad for a seat-of-the-pants dinner, don't you think?

If you end up with any leftover filling (or if you just can't be bothered with stuffing eggplants in the first place), you can also spoon it onto couscous, pasta or rice instead. It's not as pretty, but it's still awfully tasty.