When it comes to really popular stuff, I'm notoriously perverse.

The hottest new restaurant in town that everyone is lining up for? Meh, not worth the wait. That new band that everyone loves the crap out of? They're okay, I guess. That show that everyone is raving about around the water cooler? I just can't get into it.

(Seriously, what is the deal with Girls? I can't decide if the characters bore me, annoy me or both.) 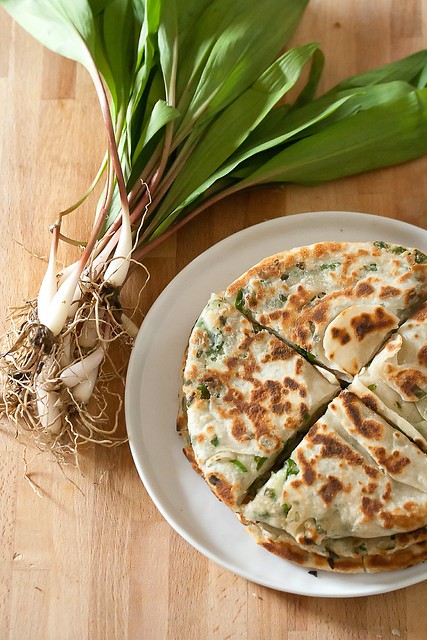 So considering that everyone loses their ever-loving mind when the first crop of ramps arrives at the market each year, I've always assumed that I'd probably be underwhelmed and stayed out of the feeding frenzy.

But I'm a big girl, and I'm perfectly willing to admit when I'm wrong. And let me tell you, boys and girls, when it comes to ramps... well... I was wrong. So wrong. Like, socks with sandals wrong. 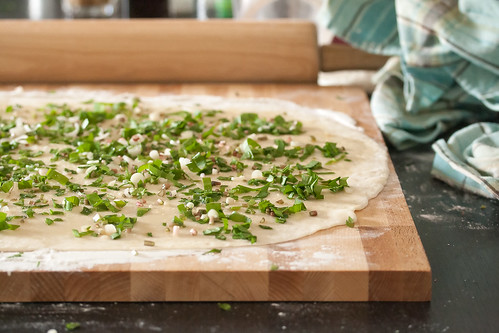 Also known as wild leeks, ramps are a member of the allium family, which also includes onions, scallions and garlic.

They grow wild throughout Eastern Canada early in the spring, often before anything else emerges from the ground. Because they must be foraged and can be quite hard to find, they're a precious commodity among food-lovers, especially since the season is blink-and-you'll-miss-it short.

Their pungent flavour is somewhere in the vicinity of spring-onion-meets-garlic, which makes them a perfect substitute for green onions in most recipes... like, say, Chinese-style scallion pancakes, those pan-fried discs of flaky deliciousness that are a staple on dim sum menus. 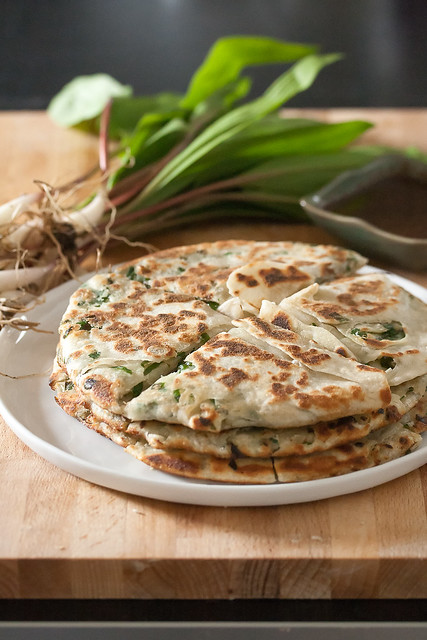 Scallion pancakes (or rather, ramp pancakes, as this variation should rightfully be called), might just be the most perfect vehicle for showing off the pungent, garlicky bite of fresh ramps, with their crisp golden-speckled outside and flaky multi-layered inside.

There's a bit of a trick to assembling these pancakes if you're a first-timer, so don't feel too bad if your first pancake or two come out a little lopsided... they'll still taste just as good, which is all that matters in the end.

And since practice makes perfect, think of this as an excuse to make a couple more batches until you get the hang of it. :)

(If you're a visual learner, here's a handy-dandy step-by-step photo tutorial from The Kitchn to help you out.) 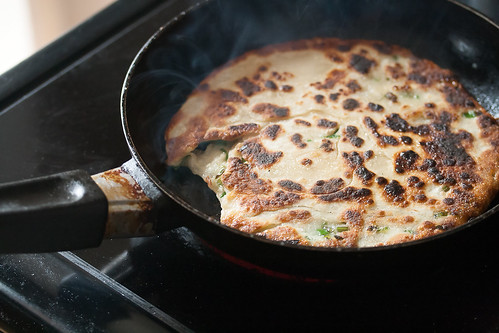 Trust me, once you've figured it out, you'll probably want to whip up a batch pretty much every night for the rest of ramp season. You may find it difficult to resist the urge to devour the pancakes as they come out of the oil, even if it comes at the expense of burning your tongue.

I guess it's a good thing that's just another week or two, huh? 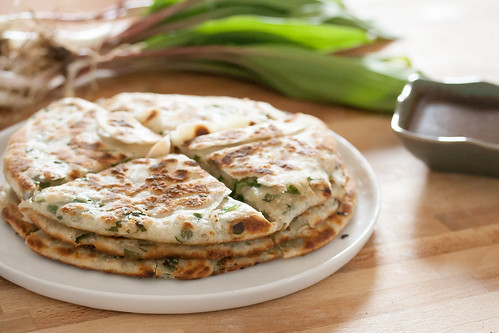 Ramps (aka wild leeks) take the place of scallions in this new-school twist on the classic dim sum staple.