Did you know white chili is actually a thing? Maybe it's just that I had a deprived childhood, but I didn't even know chili came in any colour other than red until I was in my early twenties. 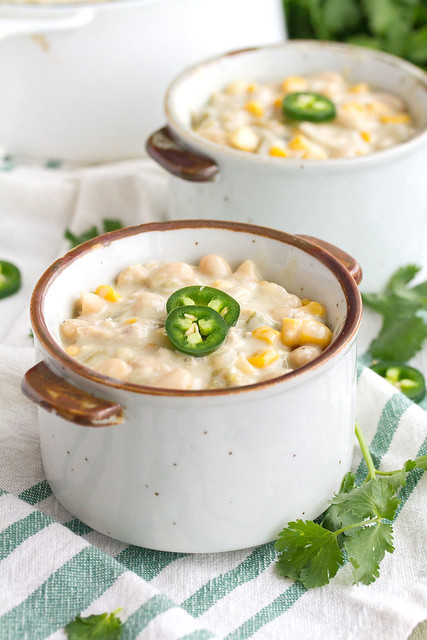 A friend's mother had sent her home with a big container of white chicken chili (because, like all mothers of twentysomethings, she was pretty sure her daughter was living off ramen and takeout food), and my friend was kind enough to share the bounty with me.

It was totally unlike any chili I'd ever had before - creamy and mild, but still incredibly flavourful thanks to big chunks of chicken, creamy white kidney beans and lots of chopped green chilis in a thick cumin-laced sauce. In other words, totally the opposite of a traditional Texas chili, which is basically nothing but beef and tomatoes and lots of spice.

Despite those differences, it was still a wonderfully satisfying dish for a cold winter's day. 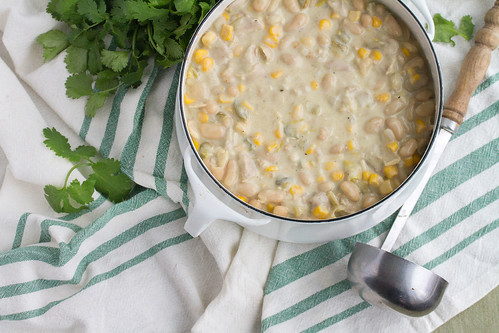 I never got around to asking for my friend's mom's recipe, but I eventually managed to come up with something that's pretty darn close.

And seeing as today is National Chili Day (yes, that's also a thing!), I figured I'd finally get around to sharing it with you guys, because everyone deserves some of this deliciousness in their life. 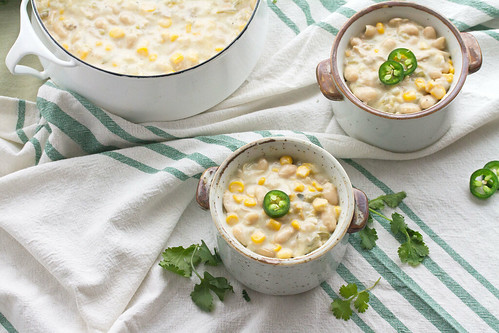 My version has corn, because chili and corn belong together, and I've made it extra-chunky so that it's a perfectly hearty stick-to-your-ribs meal all on its own, no side dishes needed.

(Though I won't judge if you want to add a generous chunk of fresh-baked cornbread... because chili is always better with cornbread).

And, because chili's not chili without a little heat, I added in some fresh jalapenos to give it just a teensy hint of spice. It won't set your tastebuds on fire or anything... it's just a little hey-howya-doing. 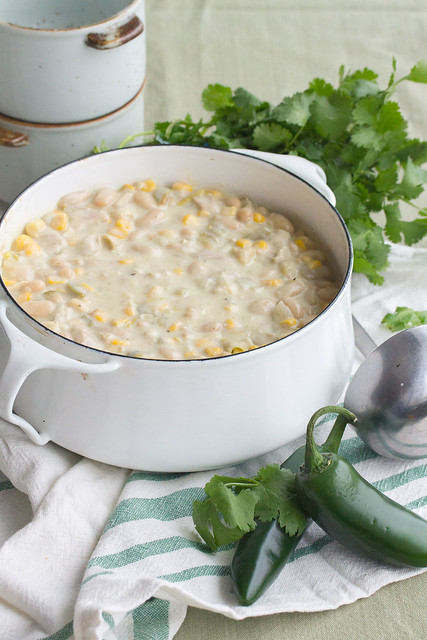 When it gets right down to it, my heart will always belong to an old-school Texas-style bowl of red, but there's plenty of room in there for a milder, cozier kind of chili too. I'm easy like that.

This creamy white chicken chili is chock-full of shredded chicken, white beans, green chiles and corn in a thick, creamy sauce. It's a great change of pace from the usual tomato-based chilis.

White chili not your thing? I've got 29 delicious recipes to help you celebrate your love of chili, ranging from super-spicy to super-meaty to vegetarian (and even vegan!) versions. 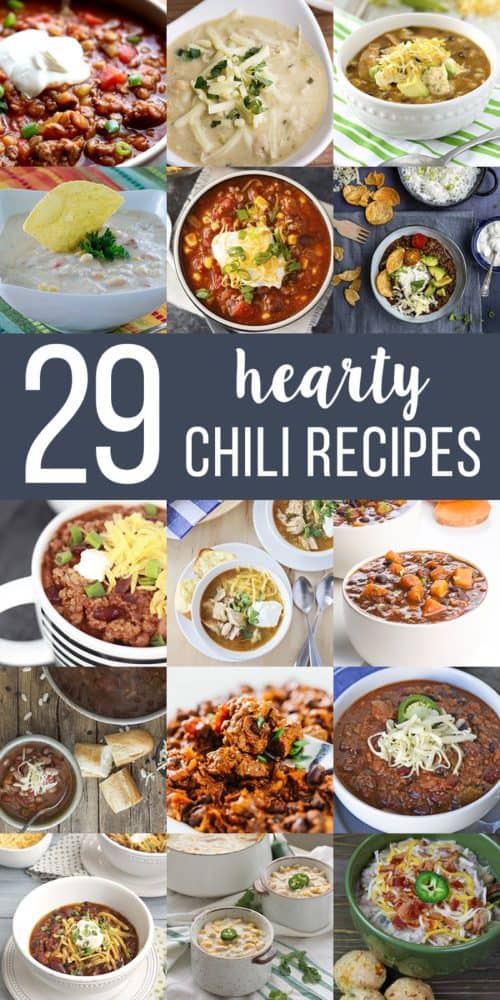 We've got 15 brand-new recipes from the Celebrating Food crew:

And 3 more oldies-but-still-goodies from me:

And 11 more tasty chili recipes from some of my favourite blogs: