It's December 1st, which means my self-imposed moratorium on overtly Christmasy things is over. Which is good, because my calendar is suddenly jammed full of get-togethers and work parties and gift shopping and open houses and... and... and...

Phew. If I collapse into an exhausted heap on January 1st, we'll all know the cause. 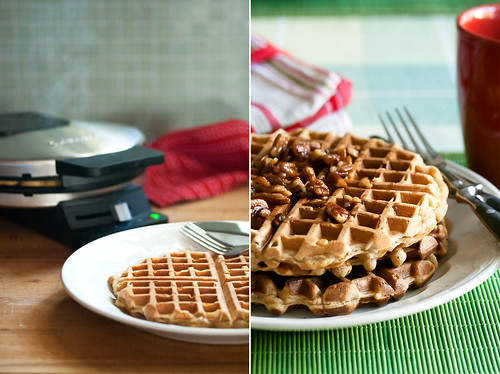 Since my current mission is to create extra-special holiday breakfasts, and since it doesn't get much more Christmasy than gingerbread, that's exactly what I chose as the theme for my second recipe for the Canadian Tire Kitchen Crew featuring the Cuisinart Traditional Waffle Maker. 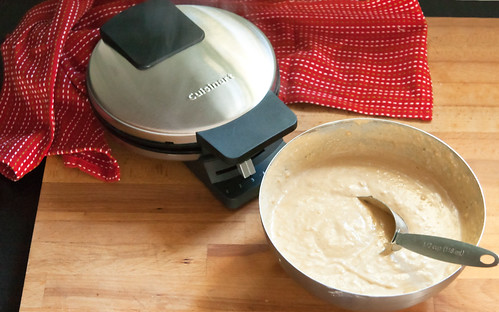 I started with my basic buttermilk waffle recipe, then spiced it up with all the usual suspects - cinnamon, allspice, nutmeg, cloves and (obviously) lots of ginger - and added a dollop of unsulfured molasses to give the finished waffles that distinctive dark brown colour.  The end result might look like a fairly ordinary waffle, but the flavour is gingerbread through and through.

The temperature setting on the Cuisinart came in handy for this recipe, because the addition of molasses to the batter means the waffles are slightly more prone to burning.  Using a slightly lower setting turned out perfectly done waffles that were toasted to a beautiful shade of dark golden-brown. 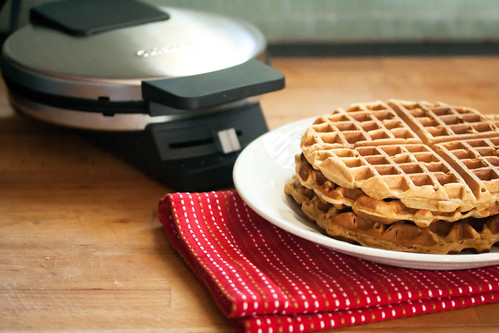 While I was at it, I figured I'd go a little over the top by adding a drizzle of buttery maple syrup spiked with toasted pecans and cinnamon as well, though regular maple syrup would've probably been just fine.  It really does turn these waffles into an extra-extra-special sort of breakfast, though, and only takes a few minutes of extra time to prepare. 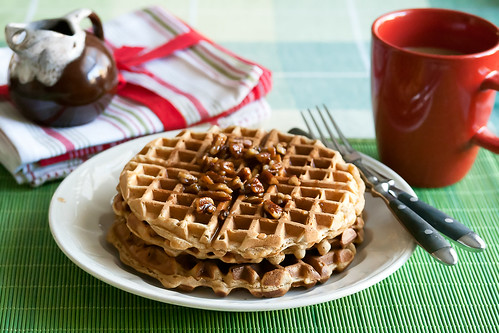 In fact, even with the added bonus of Butter Pecan Syrup, this dish is incredibly low-maintenance (especially compared to the extravagant production that was Waffle Eggs Benedict).  So while it's certainly worthy of an extra-special occasion, you can probably whip some up for an ordinary weekend breakfast, too.

Serve these up with a pile of crispy bacon and mugs of hot spiced tea for a very merry morning indeed. 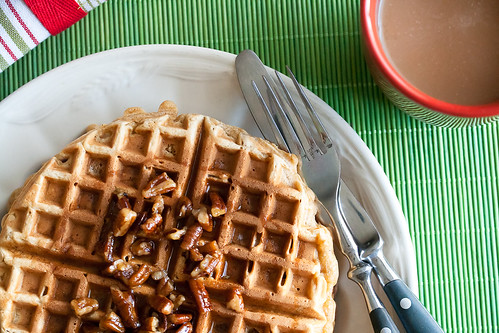 Disclosure:
I was provided with compensation, including a free Cuisinart Traditional Waffle Maker, in exchange for creating this post for the Canadian Tire Kitchen Crew series.
This Christmas Kitchen Crew series highlights my stories, recipes & tips with promotional consideration made possible by Canadian Tire. If you want to uncover your kitchen's true potential, stay tuned to the Kitchen Crew for my weekly missions.