We've reached that point of the fall where everything is golden and lovely. There's a hazy golden quality to the late afternoon sunshine, and the last few leaves left on the enormous maples that tower over my neighbourhood are shades of ochre and canary and amber. 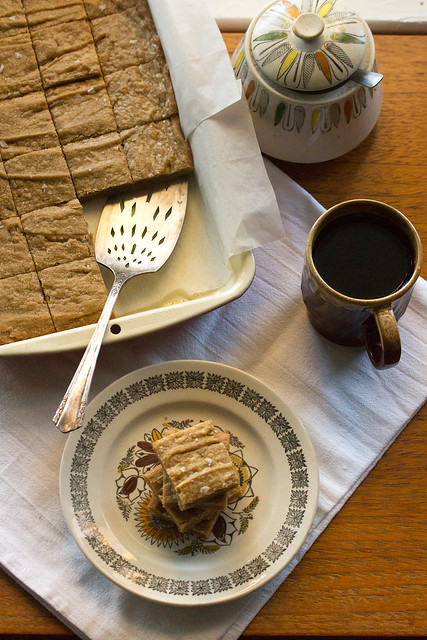 Is there such a thing as the dog days of fall? Because if so, this is it... those last few perfect days before we plunge into the frigid depths of Toronto winters.

Perhaps it's all that golden wonderfulness that's giving me subliminal hints, but lately I've had a major craving for blondies. More specifically, a seriously good blondie, with crunchy edges, dense gooey middle, and an intense caramel flavour that's balanced out with a whole lotta salt. 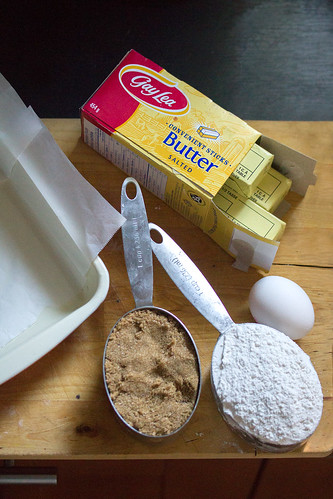 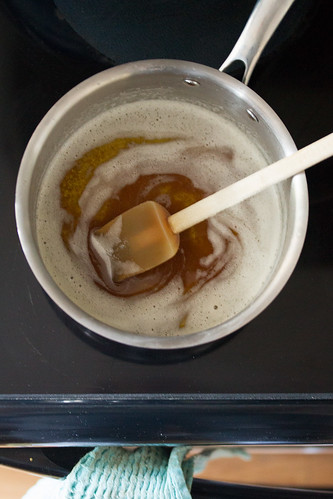 Most people simply assume that a blondie is just a sad brownie that's been stripped of all its chocolatey goodness, but comparing blondies to brownies is a serious mistake.

You see, once you let go of the brownie comparison and see that blondies are an entirely different kind of dessert, you can start to appreciate them as the magically chewy, buttery, caramelly treats that they really are.

It doesn't help that most people haven't ever had a right proper blondie, either, because bakers are often tempted to cut corners. The thing is, blondies are made with just a handful of ingredients, so it's important to use nothing but the best. There's simply nowhere for bad quality to hide. 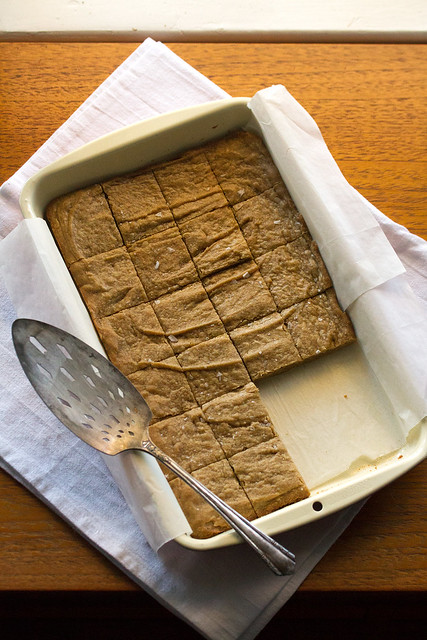 That's why this recipe starts with a whole stick of Gay Lea salted butter.

Yes, you do need to use salted butter, because you need all that salt to balance out the intense sweetness of the brown sugar. And yes, you really do need to use the whole, entire stick.

Apologies to generations of church ladies whose blondies call for margarine or shortening, but this recipe really needs butter. Good, proper butter that's made with cream and salt and absolutely nothing else. 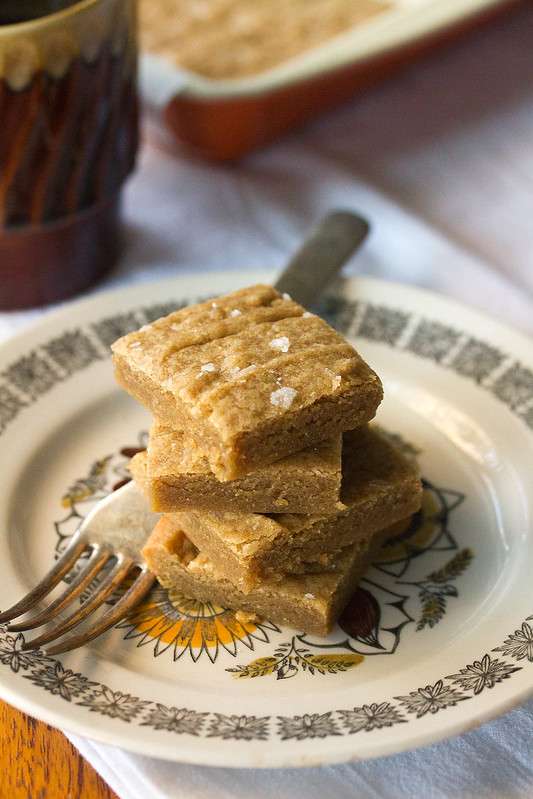 And because the only thing better than good butter is browned butter, I cooked the butter until it sizzled and foamed and transformed into a golden, fragrantly nutty liquid.

From there, it's as easy as stirring the rest of the ingredients straight into the same saucepan you just used to brown the butter. Because who needs an extra bowl to wash later? 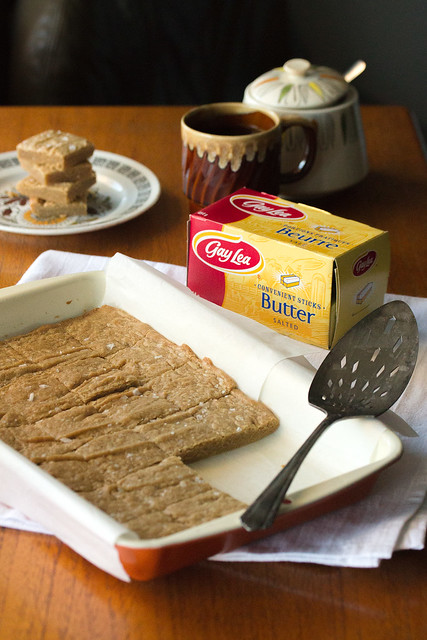 If you're a blondie doubter, this is probably the recipe that will change your mind, because these might just be the best dang blondies I've ever had.

Which means it's also a very dangerous recipe to have, because it comes together waaaaaay too easily, and I almost always have butter, brown sugar, eggs, flour, salt and some kind of brown liquor kicking around.

In other words? While those golden lovely fall colours might have me craving blondies, there's really no reason not to have these pretty much year-round. Blondie time is anytime!

These salted caramel blondies are the perfect combo of sweet, salty and chewy. And as if that wasn't reason enough to make these your favourite new go-to-dessert, all you need to whip up a batch is six basic pantry ingredients and a half-hour of free time!

You can substitute the fleur de sel for any other large-flake salt, like Maldon or kosher salt. If you can't find any of these, simply omit the salt altogether... just don't use regular table salt here!