I’m off on honeymoon in Spain at the moment, which means I’m probably stuffing my face with delicious food as we speak (or plotting my next meal… or sleeping off a previous meal… or maybe making a token attempt at doing something other than eating).

While I’m away, I’ve asked some of my favourite bloggers to contribute posts – today, it’s Kelly of Kelly Bakes, who I first met a couple of years ago at Eat Write Retreat! in Washington DC. She's a pocket-sized firecracker, a hilarious podcaster, and a gluten-free baker extraordinaire. (And also, she likes donuts and bourbon, which means we're totally soulmates and stuff.)

So, without further ado… here’s Kelly!

When I think about honeymoons, a few things come to mind: sunshine, warm places and lots of tropical fruity drinks. 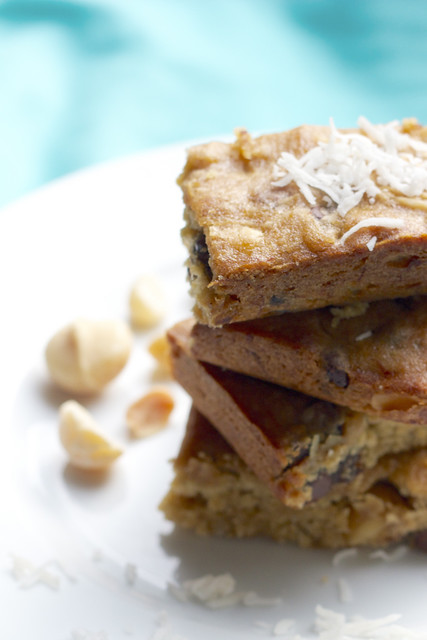 So, in spirit of Isabelle’s honeymoon, I adapted a recipe from The Back in the Day Bakery Cookbook to share with you.

The original recipe calls for bourbon, which, if you follow Izz and I on Twitter, you’ll probably notice we’re big fans of. But, in the spirit of relaxing, treating yourself and all things warm, honeymoonish and wonderful, I thought I’d change things up and add a little summery island flair instead. There’s plenty of coconut to go around, as these little guys have coconut oil, shredded coconut and coconut rum (because nothing says honeymoon like a tropical cocktail made with coconut rum!). 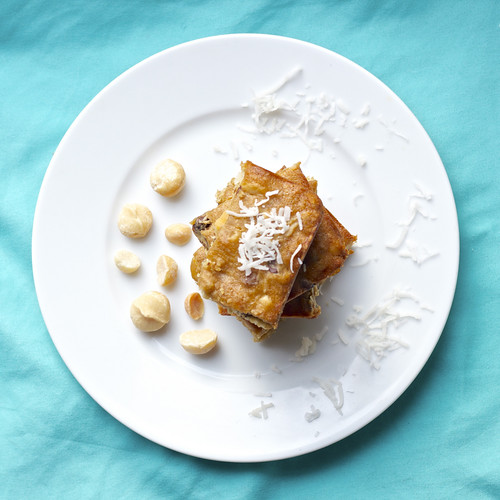 These blondies are also on the sweet side, so feel free to drop the coconut rum down to a tablespoon or use unsweetened coconut if you wish. The semi-sweet chocolate cuts through the sweetness quite nicely and compliments the banana, which of course adds that moist and fudgey texture, signature to a good blondie.

Even if you’re not headed to a sunny somewhere with tropical drinks sometime soon, I hope you’ll give these Honeymoon Blondies a try! 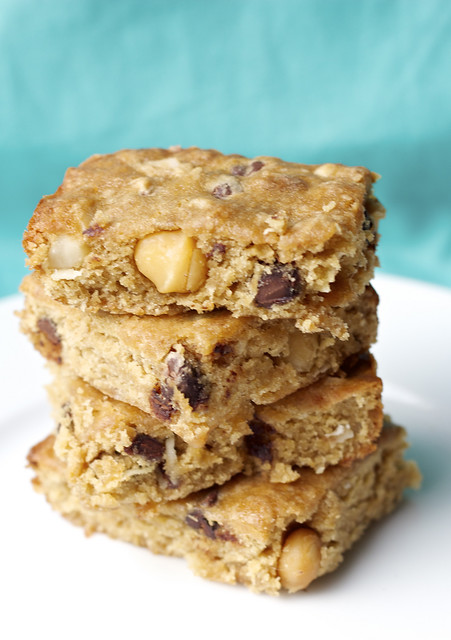