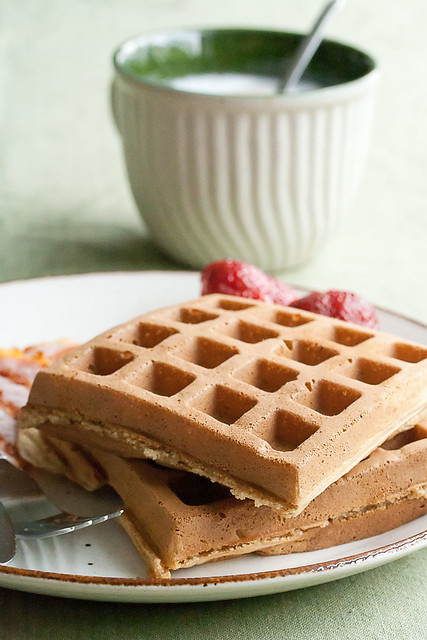 Sure, we've got regional specialties galore: cod tongues and scruncheons, rappie pie, Montreal smoked meat, poutine, butter tarts, Saskatoon berries, and Nanaimo bars... but is there any one dish that is symbolic of Canada as a whole?

That's the goal of the Canadian Food Experience Project.  The brainchild of Valerie Lugonja (aka A Canadian Foodie), this project will bring together Canadian food bloggers in a search for our collective culinary identity while celebrating the unique regional differences that make Canada the unique and diverse place we're so proud to call home. 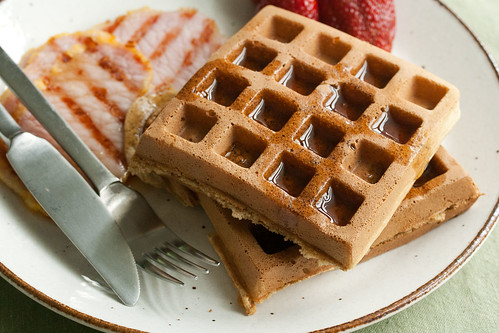 Our inaugural assignment is to discuss our earliest Canadian food memory.  Having grown up in Montreal for the first few years of my life, my childhood food memories involve croissants and almond-scented cakes from the patisserie down the street, and crisp autumn apples eaten while running barefoot in the backyard.  My earliest memory, though, is a trip to a cabane à sucre.

These little cabins, which are scattered throughout the maple forests of Eastern Canada, are where maple sap is collected in the early spring and boiled down to make maple syrup - a product so desirable that Canada actually keeps a stockpile of the stuff. (Fort Knox, eat your heart out. Gold, shmold.) 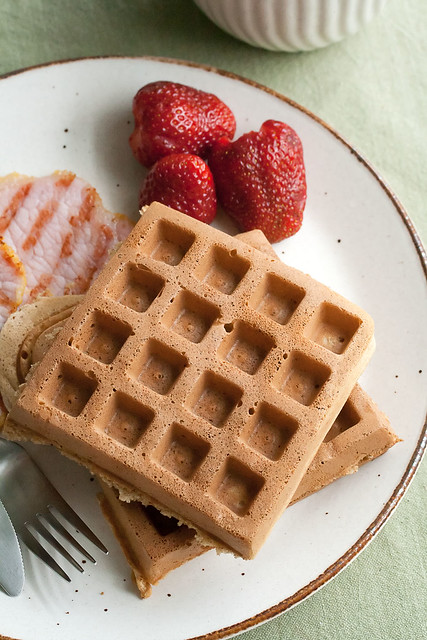 My memories of that trip are vague at best, but I do specifically recall tire à la neige, a gooey sweet candy made by boiling down the maple syrup until it's thick and viscous, and then pouring it out onto piles of cold snow and swiftly scooping it up with wooden popsicle sticks before it can full harden. It's a messy affair, but that's half the fun.

Despite popular belief, Canada is not buried under ten feet of snow year round, so it's not possible to make tire à la neige at this time of year. 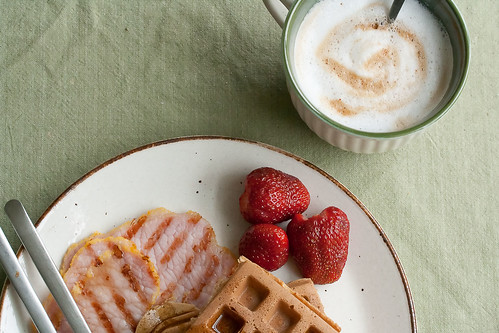 So instead, I settled for the next best thing - waffles.  Not just any waffles, though. True-blue Canadian waffles, made from Red Fife flour (a whole-wheat flour milled from a heritage Canadian wheat with a pretty amazing backstory which I've previously shared here), lightly sweetened with maple syrup and spiced with just a hint of cinnamon and cardamom.

And while they're not particularly gooey or all that messy, I'd say they still capture the essence of that first Canadian food experience quite nicely - especially when they're drizzled with lots of maple syrup and accompanied by a couple of slices of peameal bacon and the first of the locally-grown Ontario strawberries, as we did here.

About the Project:
The Canadian Food Experience Project began June 7th, 2013. Join me and the other participants as we share our collective stories across the vastness of our Canadian landscape through our regional food experiences, in the hopes of bringing global clarity to our Canadian culinary identity through the cadence of our concerted Canadian voice.