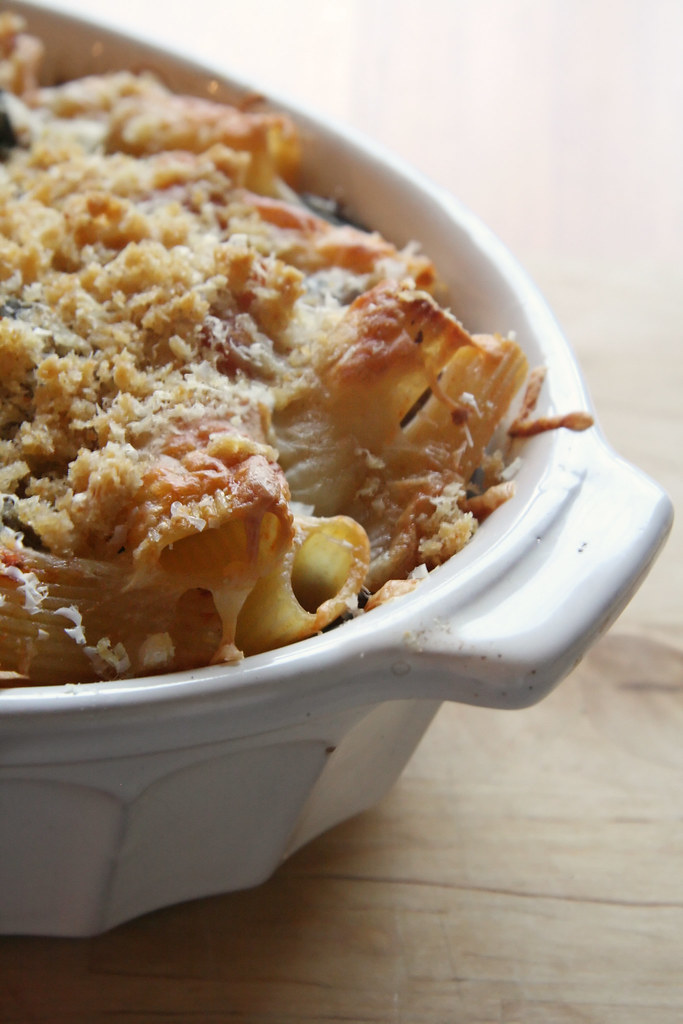 Eggplant is one of those vegetables that didn't really exist in my mental pantry until fairly recently.

It's all my father's fault, really. In his opinion, eggplant tastes like "mushy sweat socks". I'm not sure how he has any idea of what a sweat sock should taste like, let alone a mushy one... but then again, my grandmother had a skill for cooking just about everything into mush, so I wouldn't necessarily rule it out entirely.

Anyway, after I left the nest and started cooking for myself, I soon discovered that eggplant doesn't necessarily need to taste like dirt socks, so long as it's been properly prepared. I still don't cook it often, but I'm slowly incorporating more and more eggplant-based dishes into my repertoire as I discover new and interesting ways to play with eggplant.

One of my favourite eggplant dishes is Eggplant Parmigiana, though I rarely prepare it because there's entirely too much work involved between the breading and the frying and the layering and... well, you get my drift. It's one of those things I'd rather order in a restaurant, just so someone else can deal with the hassle, leaving me with only one concern... namely, whether or not I should order dessert.

That's what I like about this pasta bake. I has all the flavours of a classic eggplant parmigiana right down to the gooey melted cheese on top, but it takes far less time and effort to make, and it's delicious enough to convert most eggplant skeptics.

Serve it bubbling hot right out of the oven with a simple green salad and plenty of crusty garlic bread to mop up the sauce. Sweatsocks? I think not.

Place the eggplant pieces in a colander, and sprinkle with salt. Set aside to drain for 20 minutes.
Preheat oven to 375F. Lighly butter a 13"x9" baking dish; set aside.
In a large heavy-bottomed skillet, heat 2 tbsp of olive oil over medium heat. Add onion and garlic, and saute 5-7 minutes or until onions are soft and golden.
Meanwhile, cook pasta in boiling salted water for 8-10 minutes. It should be slightly firmer than al dente (don't worry, it'll finish cooking in the oven later). Drain pasta; return to the pot and set aside.
Rinse eggplant chunks with cold water, then pat dry with paper towel. Add to eggplant the onion mixture in skillet and cook, covered, for 10 to 12 minutes or until eggplant softens slightly, stirring frequently. Stir in tomatoes, wine, oregano and pepper flakes. Cook, uncovered, for 10 minutes or until slightly thickened.
Pour the sauce over the pasta and toss to combine. Transfer mixture to the prepared baking dish, and top with grated mozzarella.
In a small bowl, combine Parmesan, bread crumbs and remaining 1 tbsp of olive oil. Stir with a fork until you have a loose, crumbly mixture. Sprinkle evenly onto the mozarella layer.
Bake pasta in preheated oven for 30 minutes, or until bubbly and browned on top. Let stand for 5 minutes after removing from the oven to let the pasta set up, then dig in!