Over the last few years, I've been lucky enough to have some pretty awesome stuff dropped off on my doorstep.

Until now, though, no one has dropped off a 10 lb box of chocolate on my doorstep. Best. Delivery. EVER. 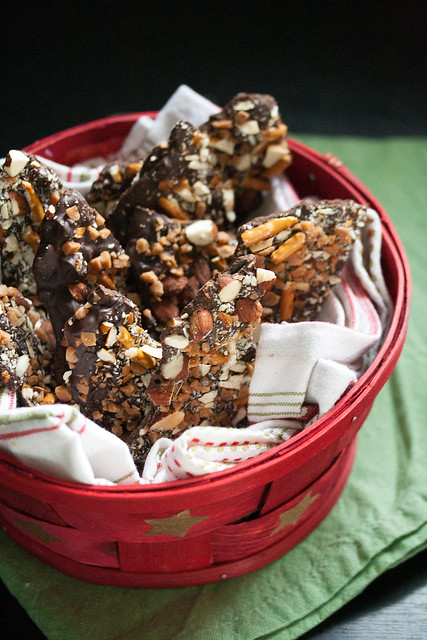 That box came courtesy of the lovely folks at Chipits, who were kind enough to supply me with their entire lineup, ranging from classic semi-sweet and milk chocolate chips to fancy-shmancy options like Skor bits and mini Reese's pieces.

(I'm not kidding about the 10 lbs part, by the way... there were literally twenty (!) bags of chocolate chips crammed into that box, along with a tin of cocoa powder.) 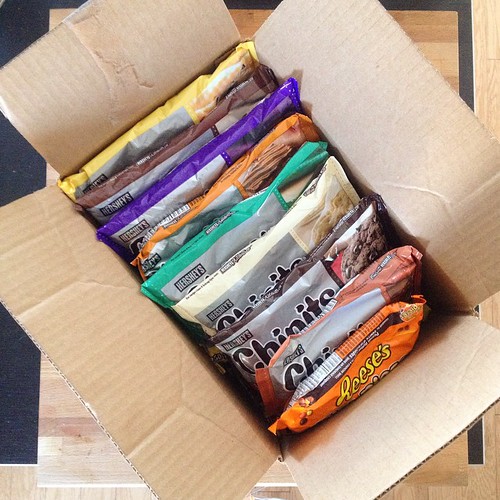 The package was part of my reward for taking part in the #ChipitsHoliday promotion, which asked a few members of Food Bloggers of Canada to come up with a fun holiday treat featuring Chipits products.

Seeing as I probably go through 10 lbs of chocolate chips for my holiday baking each year as it is, I think they came to the right place. :) 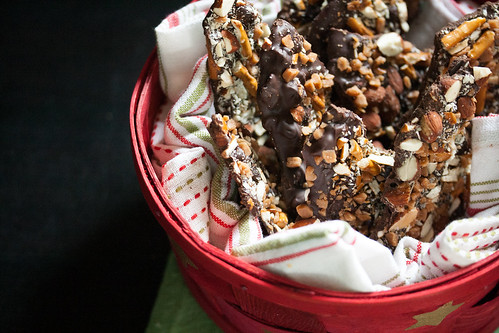 I toyed around with a few ideas, but with holiday party season in full swing, I figured my best bet would be a quick and easy treat that's perfect for keeping around in case of unexpected guests or packaged up into a last-minute hostess gift. I mean, a bottle of wine is nice and all, but nothing wins over frazzled hosts like a chocolatey treat they can devour in secret after everyone's gone home and the party cleanup is all done. (At least, this one does.) 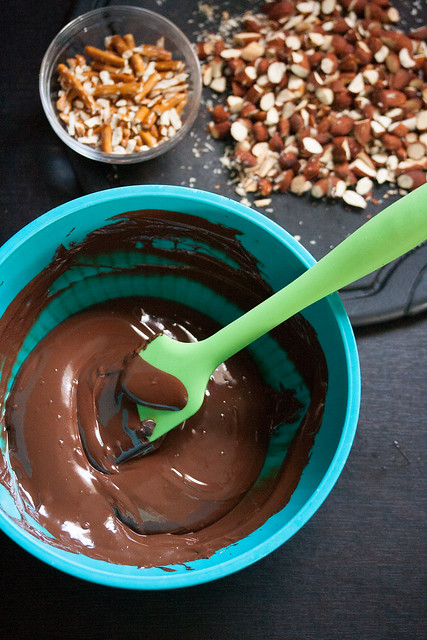 As far as quick and easy treats go, chocolate bark is so ridiculously basic that I'm almost embarrassed to call it a recipe. Let's be real... if you can melt chocolate, you can make bark. It's really that simple.

I think this variation on the theme is particularly awesome, though. It starts off with dark chocolate chips, and then tops them off with some of my favourite sweet and salty flavours - crunchy roasted tamari almonds, crisp salt-studded pretzel sticks, buttery sweet Skor bits, and a sprinkling of kosher salt for good measure. 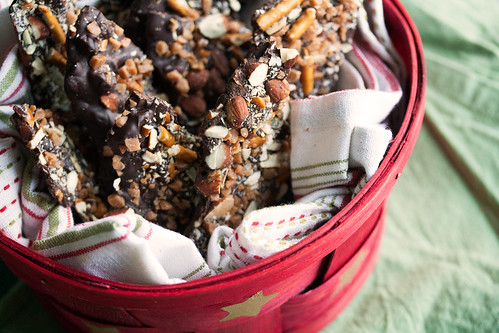 Granted, it's not a particularly festive combination, but that's okay. That means you won't feel so guilty if you whip up a batch in the middle of January, just for the heck of it. (And trust me. You totally will.)

Disclosure: I received compensation (and an enormous box of chocolate!) from Chipits Canada in exchange for my participation in the #ChipitsHoliday campaign. All opinions, as always, are entirely my own. 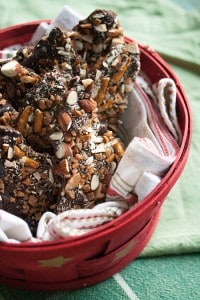