Yes, this is the third recipe for sticky gingerbread I've posted on this blog.

I know. I have a bit of a problem. 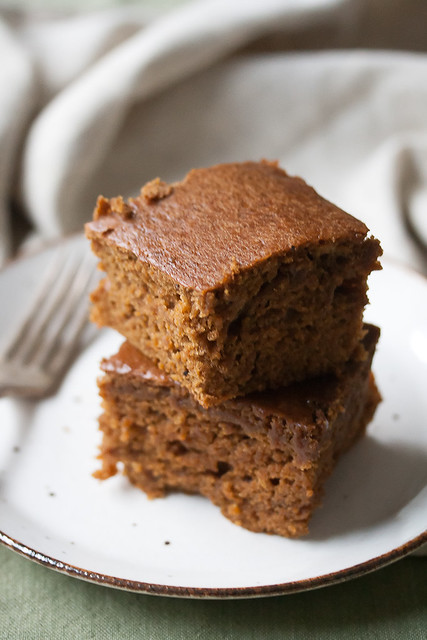 For the past few years, baking up a big pan of gingerbread on a rainy day and then sitting down to enjoy a still-warm-from-the-oven slice and a big mug of tea has become something of a fall ritual.

After all, what's not to love about a big fat hunk of British-style gingerbread?

I'm endlessly fascinated with the way it contradicts itself. It's simultaneously densely thick and pillowy soft, sticky but not messy, simple and homey but with a surprisingly complex flavour that perfectly balances between sugar and spice. 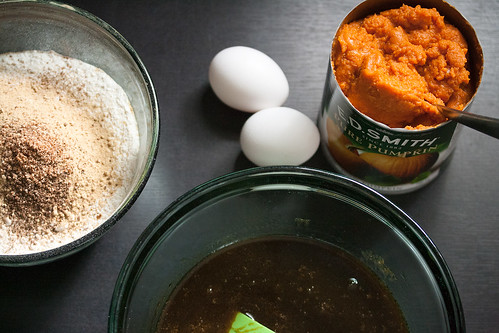 This year's version is a Pumpkin Spice Gingerbread that starts off with my basic recipe and sprinkles in a generous dash or two of pumpkin spice, thus bringing together my two autumnal obsessions into one convenient format.

(I mean, look at those slices - even with the sharpest knife in my kitchen, it refused to slice cleanly!) 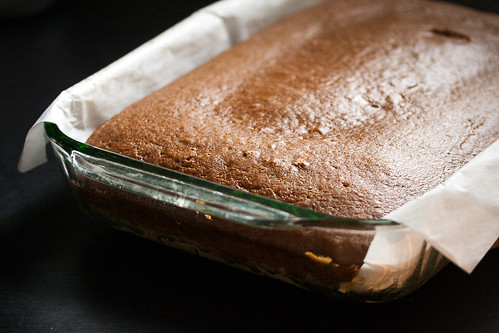 I may have inhaled two pieces still warm from the oven, and then two more for breakfast the very next day. For testing purposes, of course.

I may have also brought the rest to work, so that my coworkers could help make sure I wouldn't eat more. Also for testing purposes, because sometimes it's good to have a second opinion.

And I may have eaten the one piece that was left over after all my coworkers helped themselves. Just to be really, really sure that the last piece was just as good as the first, because that's also a very important QA test. 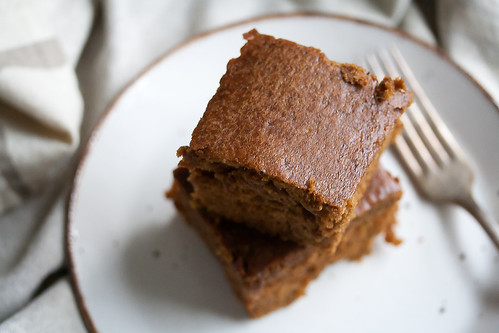 And I may have absolutely no regrets about any of the above.

On that note, I'll be checking myself into rehab for my sticky gingerbread problem. Or maybe the nearest Weight Watchers meeting. I'm still trying to decide.

This is a classic British style gingerbread - super gooey, deliciously tender and subtly spicy - but with a pumpkin-spice twist that's perfect for fall.

Choosing the Right Molasses: I originally tested this recipe using cooking molasses, a blend of blackstrap and fancy molasses, which gives the gingerbread a slightly deeper, darker flavour. However, you can also use fancy molasses for a lighter flavour. Just avoid pure blackstrap molasses - based on reader feedback, they're very overpowering.

What's Golden Syrup? This classic British ingredient is one of the holdovers of Canada's colonial past. You'll usually find it in larger grocery stores near the maple syrup and honey in the breakfast area or next to the molasses in the baking section, though sometimes it also pops up in the International Aisle along with other British imports. In a pinch, golden corn syrup makes a pretty decent substitute.