I've made (and broken) my fair share of New Year's Resolutions in my life, but this year I'm trying something a little different. Instead of making a really specific resolution like taking up kale smoothies or losing those pesky 10 lbs around my midsection, I've resolved to simply take better care of myself. 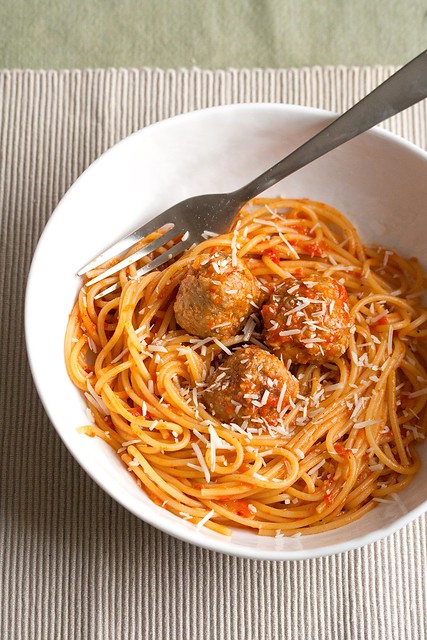 By that, I mean I need to stop spending so many evenings on the couch, procrastinating on the more productive things I ought to be doing. It's far too easy for an entire evening to slip by watching bad TV, which happens to be my personal vice.

(Some people have a fondness for cigarettes or fine scotch... me, I love me some brainless television shows. I do draw the line at reality shows, though, because there's a difference between delightfully crappy and just plain bad.) 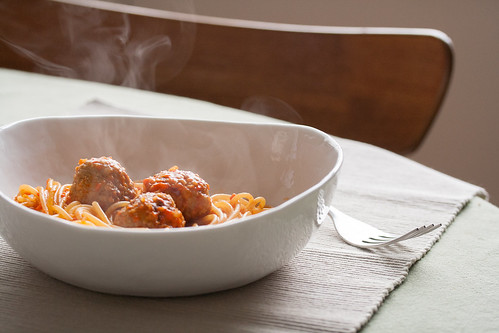 That's not to say that I'm planning on giving up bad TV entirely (especially not when we're into the final season of Glee), but I do plan on setting aside an evening or two to do more productive things.

Like, say, taking some classes to pick up some new skills, catching up with friends over drinks, researching my next big trip, or possibly reorganizing my disaster of a closet. Because no one ever looks back on their life and wishes they'd watched a few more episodes of Law and Order. 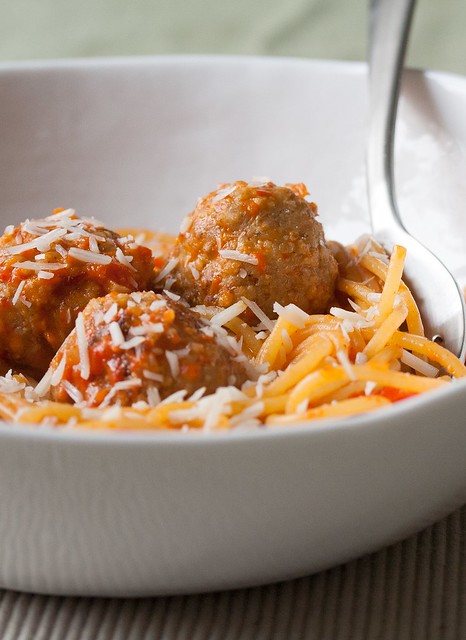 And heck, while I'm at it, I should probably try to eat a little better. More veggies and fiber, less desserts and greasy burgers.

I'm also trying to come up with some lightened-up makeovers for my favourite comfort foods, like these tender chicken meatballs tossed with spaghetti in a spicy red pepper sauce. It's the kind of dish that strikes a perfect balance between hearty and healthy, because there's really only so many salads a gal can eat before she's bored to tears. 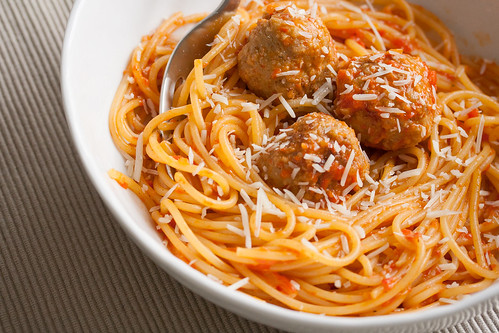 I may even give those kale smoothies a try. I strongly suspect that's one resolution that won't stick, though.