It's hard to believe another year is almost over, but with just a little over 11 hours remaining, I figured I'd take the time to look back and give a few old favourites one last look before moving on to the shiny newness that awaits in 2012.

Probably one of the most involved recipes I've ever made, Smoked Brisket Burgers is also one of the few posts that's involved a cooperative effort between myself and The Boy (obviously, he was all over anything that let him use both the meat grinder AND the smoker on the same day).  Can't wait for summer... it's really hard to beat a juicy burger fresh off the charcoal grill. 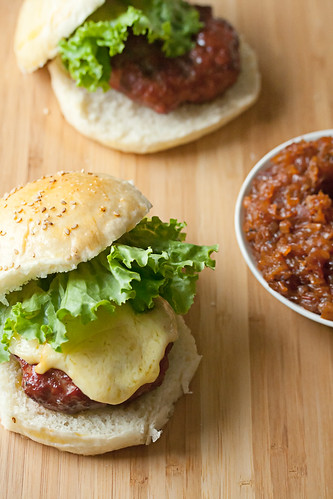 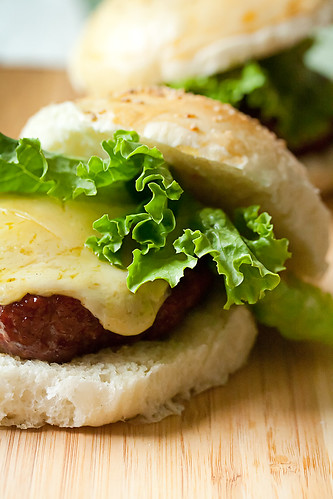 Holy crap, do people ever love this post.  Not that I blame them... it's not only a super-quick weeknight dinner, it's also loaded with fresh vegetables and spicy, peanutty sauce. I'm still a little amazed at the fact that this one little post accounts for nearly 25% of my traffic on most days, though. 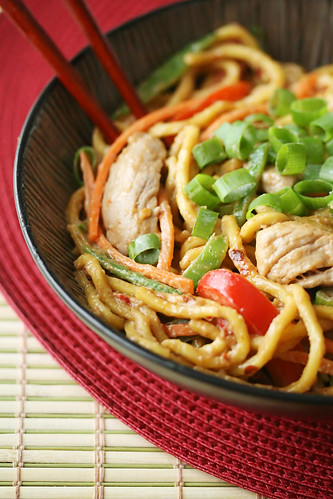 There's something about the blown-out whites, the bright mixture of colours and the fine dusting of dirt on the freshly-picked carrots that I just love. 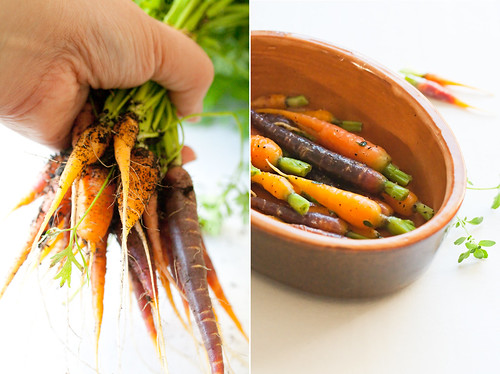 Thanks to a generous sponsorship from the kind folks at Canadian Beef, I was lucky enough to attend my first blog conference, Eat Write Retreat!, last spring in Washington DC.  I learned a few tricks, met some great people and stuffed my face for three days straight. Fingers crossed, I'll get a chance to do it all over again in 2012. 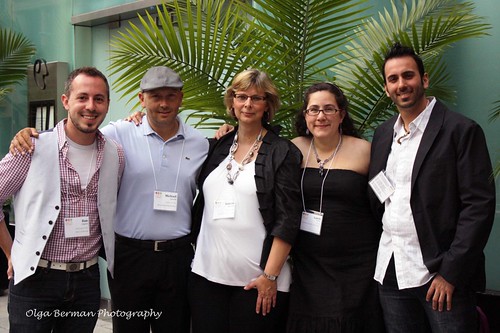 I first tried Killer Artichoke Bread as part of a Secret Recipe Club post, and oh my gosh is it ever delicious.  Honestly, you owe it to yourself to make it... just make sure you've got some guests over to enjoy it with you! 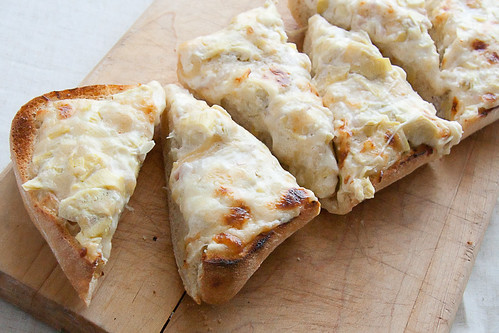 1. Eat Less Meat: No, I'm not turning into a vegetarian.  I will, however, be making a really effort to eat meat-free meals at least once or twice a week.  I like veggies, and it's about time they got more of a starring role on my plate instead of sitting alongside a big chunk of meat. Hopefully this means more interesting vegetarian meals on the blog over the next few months. :)

2. Take More Photos: About 80% of my photos right now involve food.  This year, I'm going to try to change that to 50%.... it's a beautiful world out there, and I should be doing a better job of capturing it.

3. Make Charcuterie. For Real.: We've been flirting with the idea of sausage-making and have made some pretty kick-ass fresh sausages over the past year, but we've yet to take the plunge to more advanced techniques like dry curing.  This year, I plan on changing that. My life needs more duck prosciutto. :)