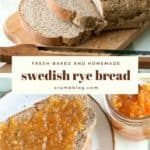 There's something about cold snowy days that makes me crave freshly-baked bread.

I suppose it's because it's the perfect excuse to stay indoors on a wintry day, while the steam from the oven fogs up the kitchen windows and gently blurs the landscape outside into indistinguishable shapes in different shades of white. 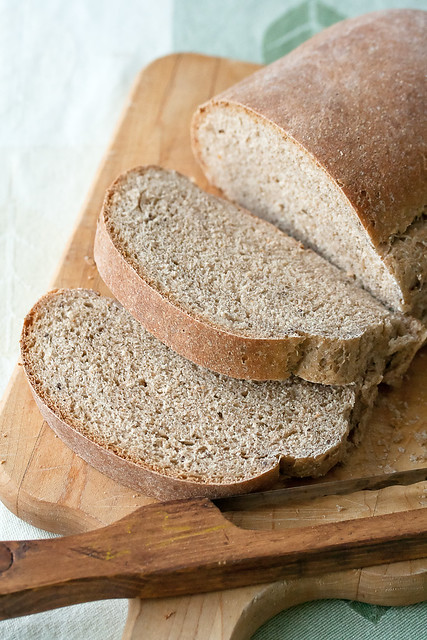 So when we returned from spending Christmas in Rhode Island to find Toronto almost knee-deep in fresh snow, I knew it was a sign I'd picked just the right recipe for this month's Secret Recipe Club post - a giant triple-loaf recipe for Limpa, a Swedish rye bread perfumed with orange, fennel and caraway seed.

The recipe comes from Ewa, my SRC buddy for January, by way of her blog Delishhh.

I discovered her blog when I first joined the Secret Recipe Club a little more than a year ago, and I've been a fan ever since.

I love her beautiful photos, and her eclectic mix of recipes that reflect her Swedish heritage, her Asian upbringing and her current life in the US. 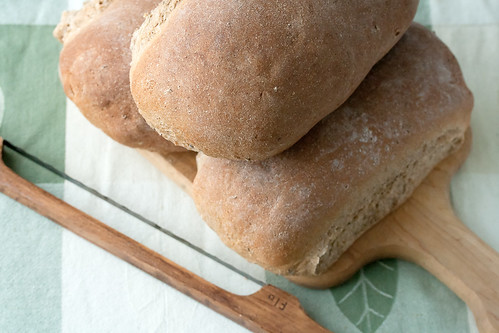 How I Made the Recipe my Own

Needless to say, I knew right away that I had to make one of Ewa's traditional Swedish recipes.

I've been dying to get more familiar with Scandinavian food, since my experience with it is pretty limited. I'm pretty sure that my occasional forays into the Ikea cafeteria are not the most stellar example of what Sweden has to offer, no matter how tasty those little saucy meatballs might be!

For the most part, I stuck to the original recipe, though I did replace some of the water in Ewa's version with some freshly brewed coffee to give it a little extra oomph. Coffee is totally not traditional, I'm sure, but I like the way coffee adds a subtle roastiness that plays up the brightness of the orange zest. 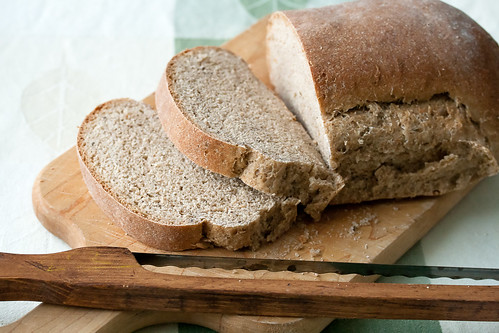 I'm pleased to say that this bread was just the thing I needed on a cold, snowy day.

The texture reminds me a little of pumpernickel, with its thin, soft crust and dense, hearty crumb. It's also surprisingly sweet, though not so much so that it feels out of place next to a savoury dish, and the delicate citrus and licorice aroma is totally unlike the tangy (and sometimes outright sour) Eastern European ryes that I grew up on.

We devoured it still warm from the oven the first night, cut into thick slices with lots of butter alongside bowls of split pea soup.

It was equally good the following morning, lightly toasted with a generous layer of homemade whiskey marmalade with big mugs of coffee and juicy clementines on the side.

And again a little later that day, when lunchtime rolled around, sliced a little thinner and sandwiched around slices of black forest ham and gouda cheese with a dab of dill mustard.

Honestly, I can't stop eating this bread. I guess it's a good thing that this recipe makes three loaves! 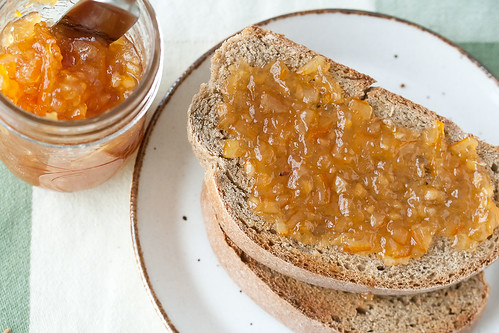 From the looks of it, we'll be in for lots of cold snowy days this winter of 2013, so I'm hoping that means I'm also in for a few more afternoons spent in a warm sun-filled kitchen with fogged-over windows, nibbling on a slice of freshly baked bread slathered with as much butter as it can possibly stand.

A traditional Swedish rye loaf - subtly sweet with hints of orange, caraway and fennel. Absolutely perfect when sliced thick and toasted, preferably with a generous slathering of melting butter or chunky orange marmalade. This recipe makes 3 large-ish loaves, so either plan to give some away or make some room in the freezer to store the extras.

« So Long, 2012: The Year-End Recap
Rice, Rice Baby: Mushroom and Pea Risotto (and a Review of the Breville Risotto Plus) »
2.3K shares