In fact, family folklore has it that I entered the world in the same way that I've lived ever since - thinking of my next meal. My mother once joked that they might have called me Born With Mouth Open if I'd been born in a different time and culture (to which I replied that she'd have been called Voice Like Thunderclap, being the sweet, obedient child that I am). 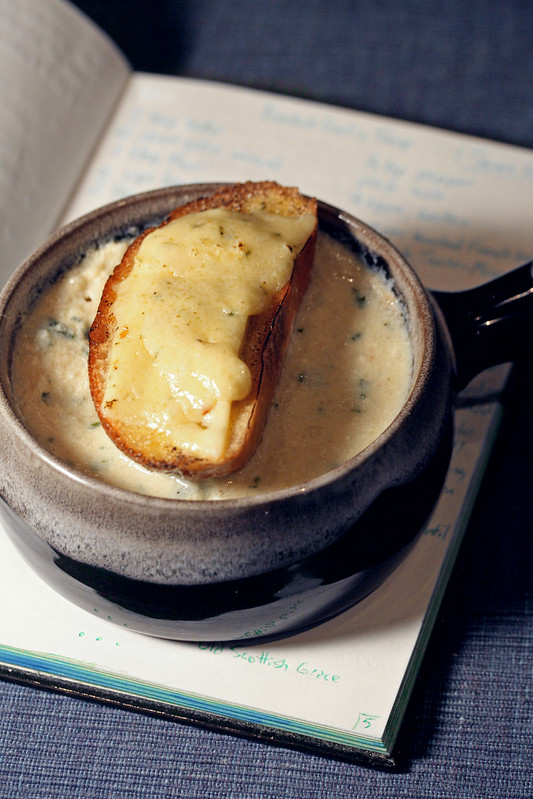 I started helping out in the kitchen as soon as I was tall enough to reach the counter, and was making entire meals on my own as soon as I could be trusted not to burn the house down.

My mother, besides having a very audible voice, also believed in making sure my sister and I knew our way around an oven, and was more than happy to encourage my experiments (even if they did occasionally include some burnt cookies or a spice cake made with ¼ cup of cloves).

Rewinding Through my Recipe Collection

As soon as I started cooking on my own, I also started clipping out recipes anywhere I happened to find them... from magazines, newspapers, food packages, and displays at the grocery store.

What started with a few simple recipes from my Owl and World magazines soon turned into several file folders bursting at the seams with recipes from all sorts of places (including a trove of slightly chopped-up but otherwise mint-condition 1970s Gourmet mags found in my high school art room... poached salmon in aspic, anyone?).

That collection, with nearly 20 years' worth of clippings, has followed me through a whopping 11 moves, along with my stacks of vintage cookbooks and pamphlets. It's a bit of an obsession, to say the least.

But where's the fun in sitting on this trove of culinary history if I don't share, right? Which is why I'm going to start highlighting recipes from my collection on an occasional basis - mostly the good, but with a little bit of the bad and the ugly just for the hell of it.

This first recipe is for Toasted Garlic Soup, which I painstakingly copied into a notebook of favourite recipes in 1995 after it got rave reviews from my family.

The original source of the recipe has been lost to the mists of time, but looks to me like what you’d get if a traditional Spanish sopa de ajo decided to have babies with French Onion Soup. Regardless of its origins, it’s basically a simple peasant soup that’s perfect for a winter’s day – flavourful and filling, with no complicated techniques or ingredients.

For the most part, I've left this recipe unchanged from the original I copied down nearly 15 years ago, except for a few small changes to update it to my current tastes.

How I Updated the Recipe

First off, I used a chicken broth base instead of the beef stock in the original, since sopa de ajo is usually made with a lighter broth.

I also added a little white wine for an extra layer of flavour, and boosted the bad-breath content using a chive-and-onion Gloucester for the topping instead of Swiss cheese (though a Manchego would probably be more authentic).

The recipe can also be easily adapted for vegetarians by using a mild-flavoured vegetable broth instead (there are a few mock chicken broths out there that would be perfect here).

This hearty peasant soup is a delicious antidote to winter weather. A toasty topping of chive-and-onion cheese is the perfect complement to the toasted garlic flavour of the soup, but you can also use a sharp crumbly cheddar if that's what you've got on hand.