Ladies and gentlemen, are your bellies ready to rumble? It's time for Foodie Fights! 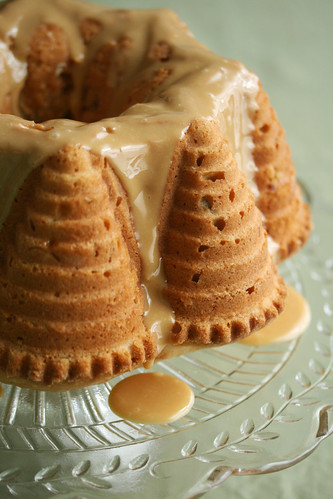 Those of you who were around last fall might remember my first foray into the world of Foodie Fights, a competition in which a handful of brave bloggers go head-to-head to see who can create the most interesting dish using two key ingredients. The first time around, my Bulghur Shortcakes w/ Pumpkin Preserves came out on top, which means I'm under pressure to keep the winning streak going with this latest challenge: Battle Apple and Beer.

Since apple and beer are both ingredients that I tend to associate with fall dishes like slow-braised stews or roasts, figuring out what I could comfortably make on a hot July weekend was a challenge in and of itself. According to the weather forecast, it actually felt like 40C with humidity on Saturday, and as much as I adore braised dishes, just contemplating the idea a piping-hot bowl of stew was enough to make me wilt.

So, that's how I ended up here, with this wonderfully golden apple-and-beer flavoured Bundt cake smothered in a sticky dulce de leche glaze. 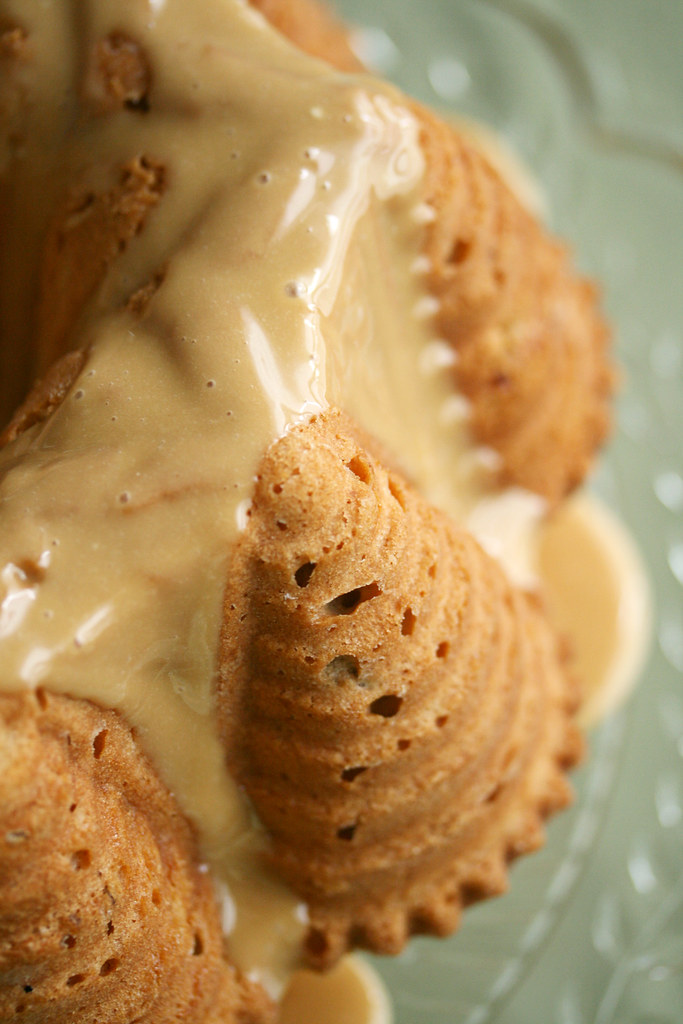 Because if I was going to turn on the oven on the muggiest, hottest, stickiest day we've had in years, I was darn well going to get some cake out of the deal.

I know that beer sounds like a rather strange thing to add to a cake, but apparently it's not all that uncommon. As a matter of fact, I stumbled over several recipes for beer cake while poking around the internet for inspiration - gingerbread cakes, honey-spice cakes, carrot cakes, heck... even chocolate cake. Funnier yet, just hours after I'd finished this challenge and taken my first ever bite of beer cake, we went to a friend's house for a backyard birthday party and the dessert turned out to be a Beer Sticky Toffee Cake with a Stout Skor Bar Ice Cream. Clearly, beer cakes are destined to be the next big dessert trend... better watch your back, cupcakes!

As the jumping-off point for my beer and apple cake, I decided to use a Portuguese recipe for bolo de cerveja, which literally means "beer cake" (yeah, I know... creative name, isn't it?). As the rather unimaginative name might suggest, the original is a very straightforward sort of cake made with eggs, sugar, butter, flour... and beer. 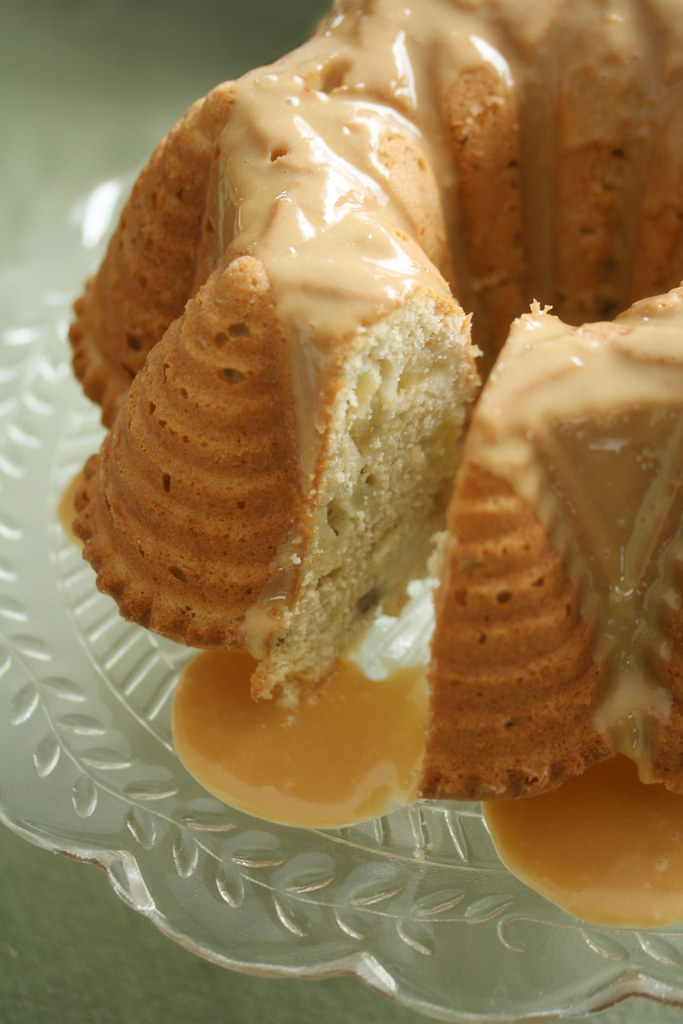 My version keeps the original's poundcake-like texture, with a dense, not-too-sweet crumb, and adds a scattering of finely diced apple chunks and toasted pecans. I also added a little cinnamon and lemon zest, but used a light hand on the flavourings to let the sweet maltiness of the beer shine through... though you'll find that the flavour is nowhere near as "beery" as you might expect, considering a whole cup of full-flavoured stout is added to the batter. I also decided to add a creamy dulce de leche icing as the crowning touch, because what's an apple dessert without a little caramel?

If you think my Apple-Beer Bundt Cake deserves to win this round of Foodie Fights, please vote for me on their website! You can also check out what my competition came up with while you're there and decide whose recipe will reign supreme.