Summertime Saturday mornings are sacred. No matter what else I might have planned, every Saturday from early June to late October always follows the same schedule: sleep in as late as the cat will let me, laze in bed with a trashy book until 8:30 or so, shuffle out of bed and into some mostly-presentable clothes, and then make my way to the local farmers' market. 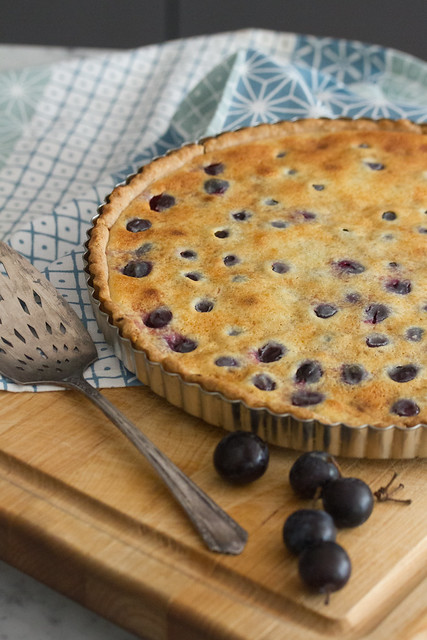 Our little market may not look like much, but I can usually count on the vendors to carry some interesting fruits and vegetables that you can't find at the supermarket. (Fresh callalloo leaves, anyone?)

Since we're headed into the peak of Ontario's harvest, last weekend's trip to the market was especially fruitful, if you'll pardon the pun. I came home with fresh string beans, heirloom tomatoes, and best of all, a basket of beautiful dark purple damson plums. 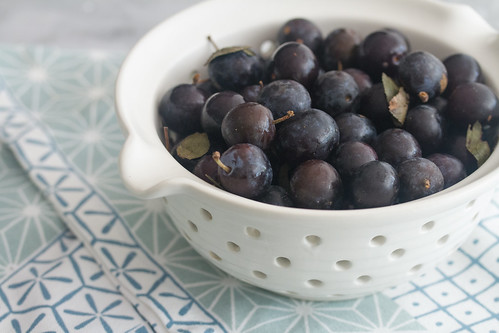 These tiny blue-skinned plums are the size of a large cherry, and are quite sour compared to other varieties of plum... so sour, in fact, that they're pretty much inedible in their raw state.

However, once cooked, they transform, revealing an intensely plummy flavour and a brilliant reddish-purple hue that is well worth the effort of seeking them out.

Given how hard they are to find, I wanted to give my damsons a five-star treatment, so I transformed them into a pretty tart. 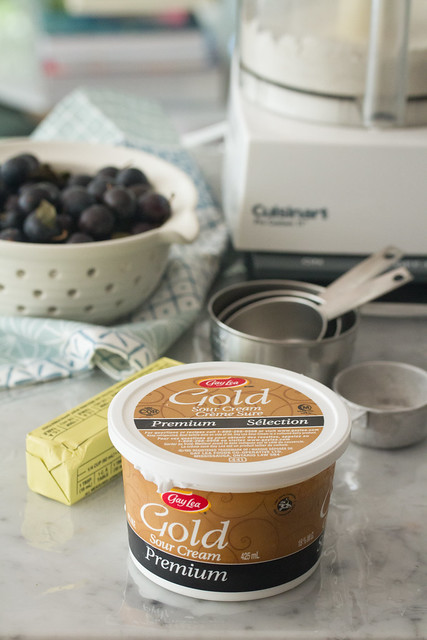 Don't let its good looks fool you. This deceptively beautiful dessert starts with a sour cream pastry base that takes all of five minutes in the food processor, and that's pressed into the pan. (Because ain't nobody got time to be rolling out pastry bases, amirite?)

Then, all that's left to do is fill the tart with a layer of pitted and halved damsons, and then top the whole thing off with a sweet sour cream custard that offsets the tartness of the plums. Easy, peasy, plum squeezy. 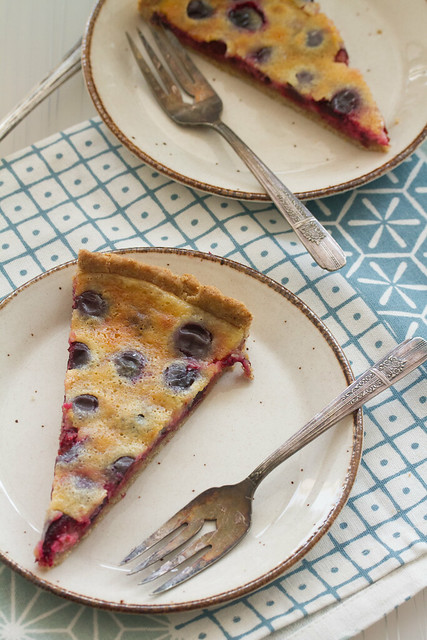 Honestly, the only tricky part is pitting those dang plums. Like any other stone fruit, plums come in both clingstone and freestone varieties and damsons are most definitely the former, which is a pain since the pit-to-fruit ratio isn't exactly great to begin with.

However, after experimenting with a few different methods, I've discovered that a cherry pitter does the trick quite nicely. (Yes, it's a uni-tasker, but it's a very useful one. Worth every penny.) 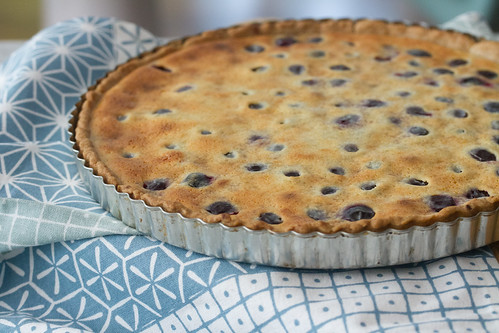 But not just any old sour cream would do for these precious rare plums, so I splurged on Gay Lea Gold Premium Sour Cream.

This is the Rolls Royce of sour cream, my friends. It's rich and extra-creamy, and it's made with nothing but the good stuff - milk ingredients, bacterial culture and microbial enzymes. No thickeners, no additives, plus I know it's made with milk produced by the Canadian farmers who are part of the Gay Lea cooperative.

This recipe works just fine with regular sour cream, if you must, but trust me when I say that this is one time you will want to go for the gold. (Sorry, that's the last bad pun. I promise.) 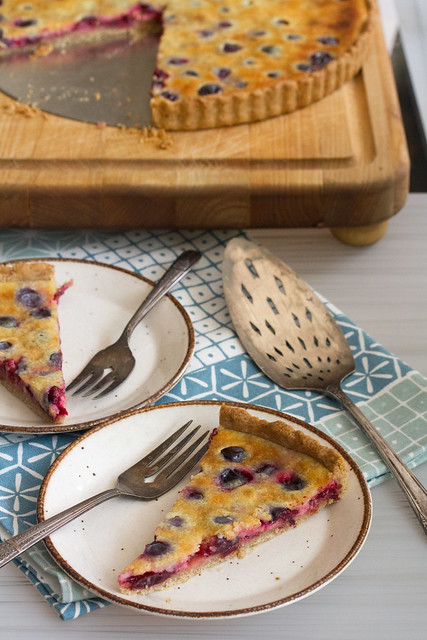 Sadly, damsons have a very short season, but if you miss your chance or can't seem to track them down at your local farmers' market, you can always substitute with larger blue plums. The end result won't be quite as tangy, but it'll still be quite delicious.