In case last week's Smoky Tomato-Ham Chowder wasn't a dead giveaway, I've been on a bit of a soup-making binge lately. I've been playing around with a few new recipes over the last couple of weeks, but today I'm dusting off another favourite from my personal archives to share with you. 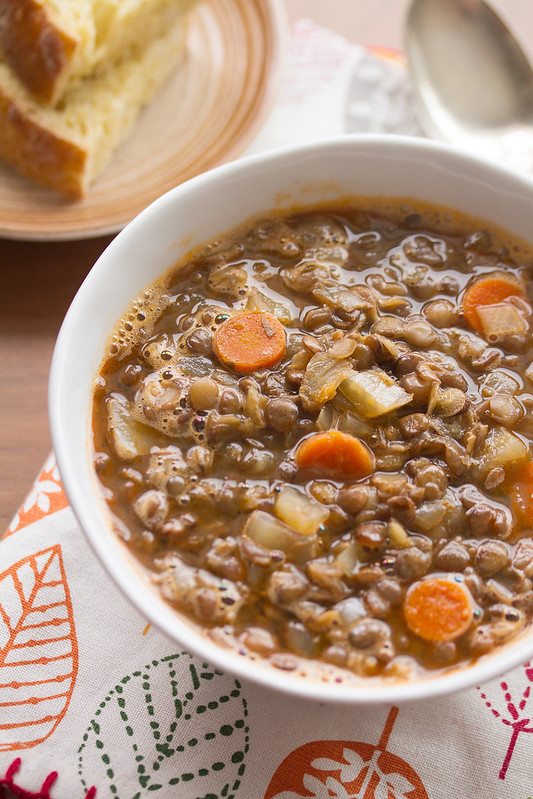 I'm blaming this miserable grey January we've been having for this mood.

Crummy winter weather requires heavy-duty comfort food, and as far as I'm concerned, nothing quite hits the spot like a big bowl of steaming-hot soup.

This hearty lentil soup is exactly what the doctor ordered. It's flavourful and filling, thanks to the combination of tender lentils and smoky bacon, along with a delicious sherry-spiked broth that will have you reaching for a hunk of crusty bread to mop up every last drop from the bowl. 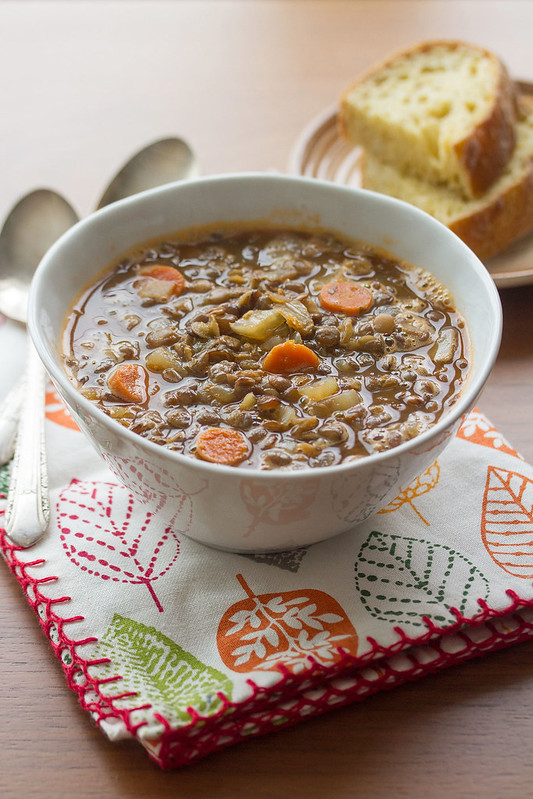 As I mentioned earlier, this lentil soup comes from my personal archives. I can't even remember where I first got the recipe, but I've been making it pretty regularly for years and years, tinkering with the formula until it's as perfect as it can possibly be.

My not-so-secret ingredient is a splash of dry sherry, which adds a je-ne-sais-quoi that elevates this bowl of simple comfort food from farmhouse table to five star gourmet.

(That said, if you don't have a bottle of sherry in your pantry, a splash of wine or dry vermouth will do just fine. I just happen to be one of those dorks who likes the occasional pre-dinner sherry from time to time, so there's usually a bottle kicking around.)

I know the ingredients list might look a little long compared to some of the other recipes out there, but don't let that scare you off. You probably have most of these kicking around in your kitchen, and a quick trip to the supermarket will take care of the rest. 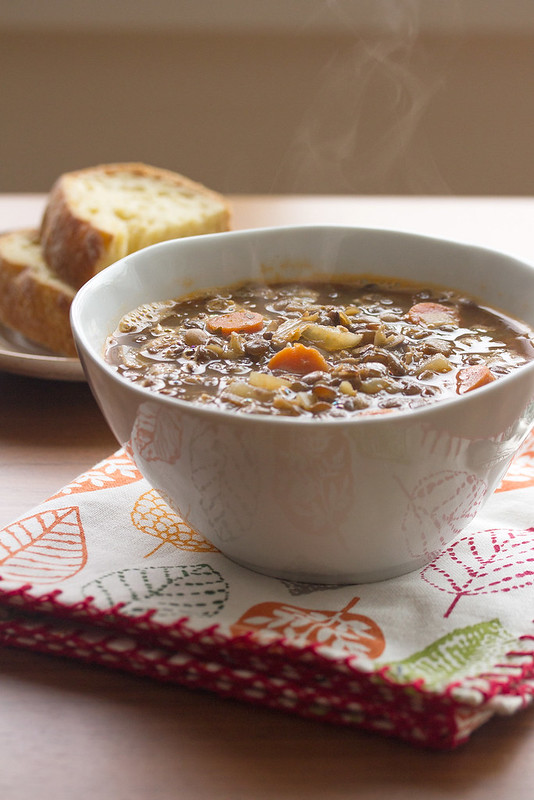 Other Variations on This Recipe

The beauty of this soup is how adaptable it is. Here are a few variations you can try if you feel like shaking things up. 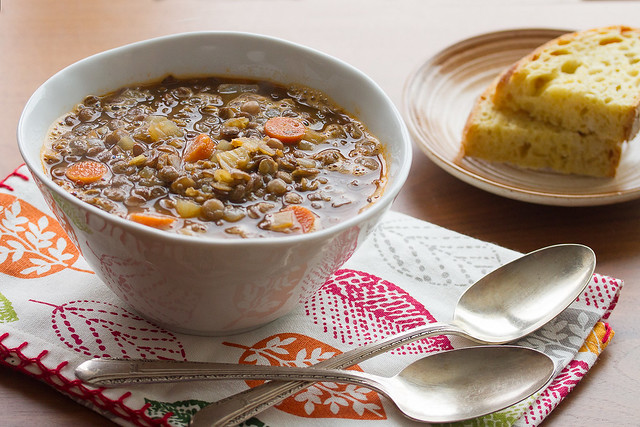 This hearty lentil soup is the perfect thing to ward off the chilly winter weather. Serve with thick slices of crusty bread for wiping the bowl clean - you won't want to leave any of that flavourful sherry-spiked broth behind!