There was a time when much of the wheat grown in Ontario (and, for that matter, the rest of Canada) was a variety known as Red Fife. First grown in Peterborough, just a couple of hours away from Toronto, it was a hardy and adaptable variety that was perfectly suited to Canada's climate. 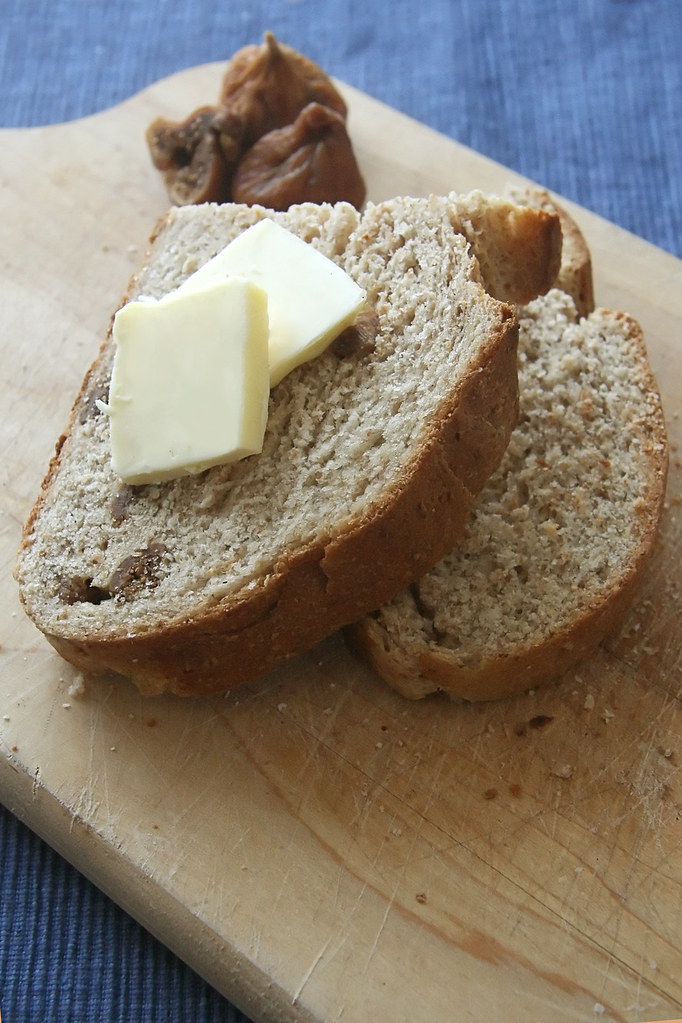 All good things must come to an end, though, so after spending the better part of a century as the grain of choice for Canadian farmers, Red Fife's popularity faded in the early 20th century when farmers began turning to other wheat varieties with shorter growing times and higher yields. Within a few decades, the grain that had built the Canadian prairies was all but forgotten, and might even have vanished completely if it weren't for a single pound of seed that found its way into the hands of the Heritage Seed Project in 1988. That year, Red Fife was planted in the Heritage Seed Project's fields, setting in motion a comeback of epic proportions.

And by epic, I mean a comeback so massively huge that it ought to be in a Hollywood screenplay. Consider this: according to Wikipedia, a whopping five hundred tons of Red Fife wheat was harvested in Canada in 2007, each and every grain of which can be traced to that first pound of seed. That's a million-fold increase in just 20 short years, in Canada alone.

No wonder Red Fife is the poster child for Canada's biodiversity movement.

While Red Fife flour has become fairly easy to find in Ontario over the past couple of years, I'm assuming it may still be difficult to find in the US and downright impossible anywhere else in the world. However, you can substitute a good quality stone-ground whole wheat flour if you're not able to find any Red Fife where you are.

This recipe was adapted from Sour Grapes (a blog which is now defunct), who adapted it from the Canadian classic "Food That Really Shmecks" by Edna Staebler. I've halved everything for this version, since the original made a whopping four regular-sized loaves, and I've also gussied it up with a couple handfuls of chopped figs to play up the natural nuttiness of the rye and red fife flours. Next time, I think I'm going to add a half-cup of chopped walnuts to the mix, because it's just begging for a little extra nutty crunch.

The end result is a dense, yet surpringly tender loaf with a soft crust, and a slightly sweet and nutty flavour. Lightly toasted with a pat of melting butter, it's utter perfection.

As written, this recipe will produce one large freeform boule. However, depending on your mood, you can also shape it into two standard loaves, two smaller boules or even a small army of large-ish dinner rolls. Me, I'm partial to the big-ass boule. So there.