No, that's not one of my usual punny titles... I really have been blogging for ten years. 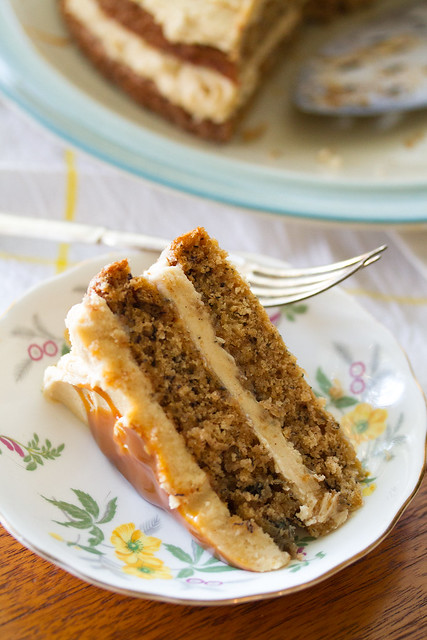 According to my archives, I wrote my first post ever on June 2nd, 2006.

Back in those days, cell phones didn't have cameras, social media was virtually non-existent, and most people had no idea what the heck a blog was but assumed it was something rather unpleasant. As for me, I was a twenty-something corporate flunkie with a one-bedroom apartment near Christie Pits, a flat(ish) belly, a scrappy little tabby cat, and cute boyfriend I'd started dating a year earlier. 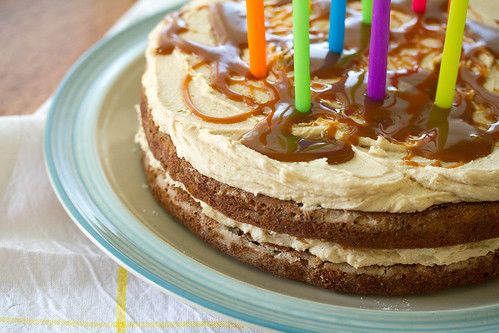 Some things haven't changed all that much. The scrappy little tabby cat is still with me, albeit a little greyer and scruffier than she used to be, and the cute boyfriend is still around too, though these days he's my husband of almost three years.

The one-bedroom apartment and the flat(ish) belly, those disappeared by the time I got to my 30s, but I'm actually pretty okay with that. Instead, I've managed to acquired myself a house, a fancy camera, a career, a second cat, a whole lotta kitchen gadgets, about 15 extra pounds, a few awesome friends, and a rather substantial collection of recipes.... not necessarily in that order. 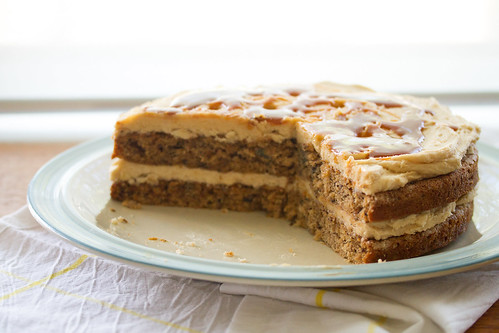 Considering ten years is practically an eternity by internet standards, it only seemed appropriate to throw together a little something together to celebrate such a momentous occasion.

But what to make? As it turns out, this was a perfect excuse to dust off the very first recipe I posted, a chai-scented banana loaf that I'd baked to celebrate my now-husband's birthday. 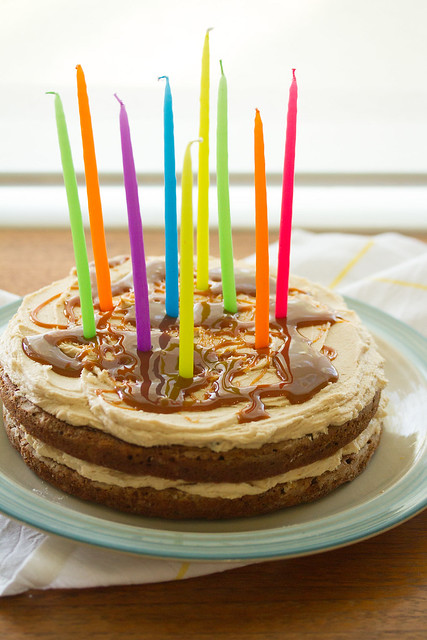 To put a properly celebratory spin on that recipe, I turned it into a layer cake. I made the batter as I always do, but baked it up in two round cake pans, and then stacked the layers together with a brown sugar buttercream spiked with a little bourbon. Because, let's face it, what isn't made better by bourbon?

In a way, it's just about the most perfect cake I could think of to celebrate this blog.

It's a little lopsided and not particularly professional-looking, but think it's pretty charming nonetheless. And just like most of my recipes, it's made from scratch using proper real ingredients, and it tastes completely delicious. Not to mention that you can slap it together on a Tuesday night when you get home from work, which I know for sure because that's exactly what I did this week. 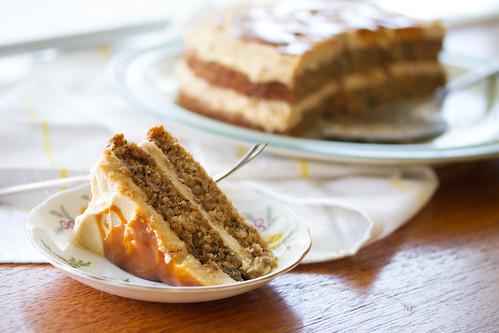 (Incidentally, much like its predecessor, this cake did double duty for my husband's birthday the other night. I'm such a practical wife sometimes.)

Happy birthday, little blog. Here's to many, many more.

PS: To celebrate ten years, I'm also starting up a monthly newsletter. Wanna get in on the fun? Sign up now! 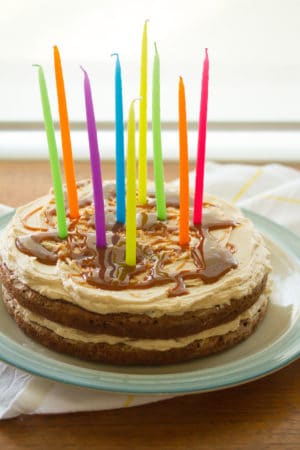