When we all look back on this year someday, I'm pretty sure the historians will officially dub this The Year That Summer Never Came.

Not that I'm complaining that much. Usually, summer in Toronto summer means several weeks of the oppressively muggy, smoggy kind of heat that wilts everything in sight, me included. So this cool, grey weather is actually pretty pleasant, all things considered. 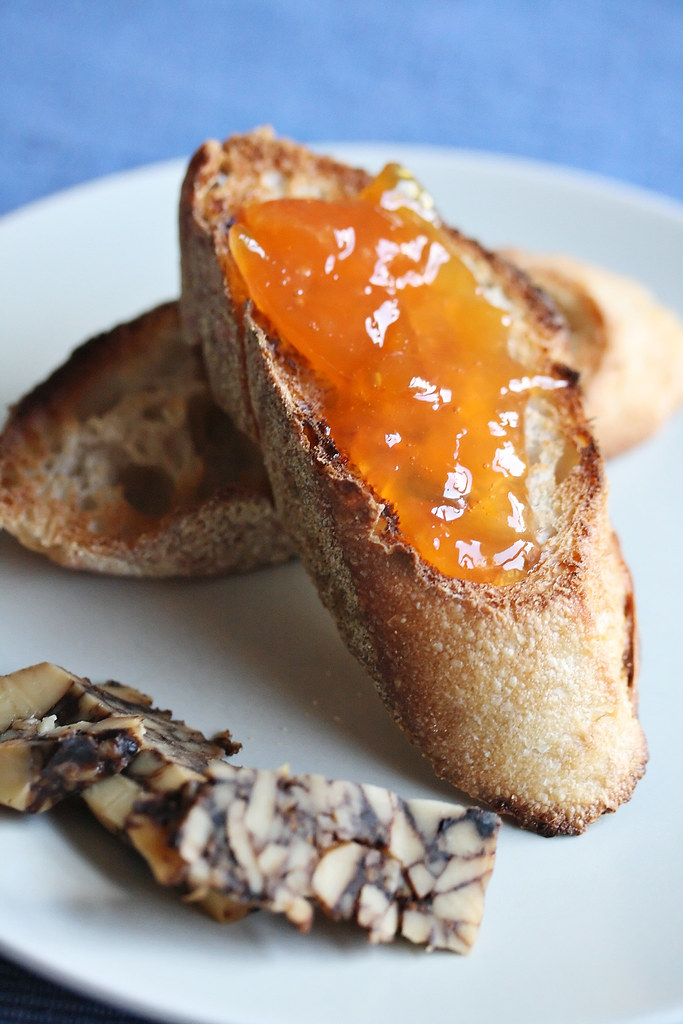 The only downside to this cooler weather is that my beloved local produce is taking its sweet time in making its annual appearance.

Strawberries arrived nearly two weeks later than usual, and the elusive wild blueberries have only just started appearing at the market. And in my backyard, the tomatoes I planted remain stubbornly green despite the abundance of love, water and fertilizer that I shower upon them regularly.

The Joy of Yellow Plums

That's why I did a little jig of joy when I popped into the farmers' market last week and was greeted by baskets of freshly picked yellow plums.

We all know about my obsession with plum season before, right? I know I get stupidly excited by food in general, but plums tend to inspire a particular kind of glee in me (so does rhubarb, but that is soooooo last month at the moment).

Of course, there's another benefit to our cool summer... since heating up the kitchen isn't a huge concern, I had no qualms whatsoever about standing over the stove for the half-hour it took to transform my golden bounty into a rich amber jam.

It's nice to know that even once plum season comes to an end, I'll still be dancing that little jig of joy every time I open the fridge and am greeted by a jar of homemade plum jam. 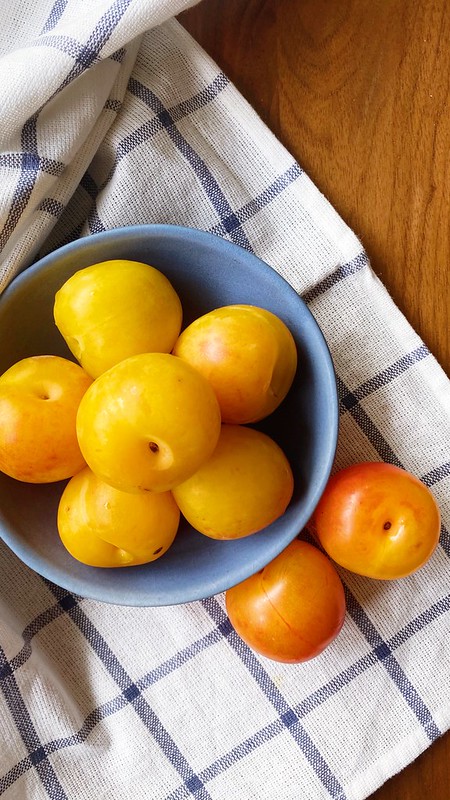 While this recipe is pretty much perfect as it is, there are a few ways to shake it up:

How to Check Your Jam is Set

It's happened to all of us at some point. You cook up a big pot of jam and ladle it into jars, only to discover it stubbornly refuses to set. At that point, I usually just pretend it was totally intentional and call it "sauce", but let's be honest, it's still just failed jam,

There are two methods you can use to make sure your jam sets up perfectly.

The Saucer Test: This is the method I included in the recipe below, mostly because it's as low tech as it gets. Just drop a small amount of jam onto a chilled saucer, which quickly cools down the jam and allows you to test for set. You'll know the jam is ready because it holds its shape, and wrinkles slightly when pushed with a finger.

The Temperature Test: This is the more reliable method, though it does require you to have a candy thermometer to ensure your jam reaches the magical temperature of 220F, also known as the gel point. In other words, that the temperature where enough water has evaporated from the mixture to allow the pectin to do its thing, creating a glossy, spreadable jam. 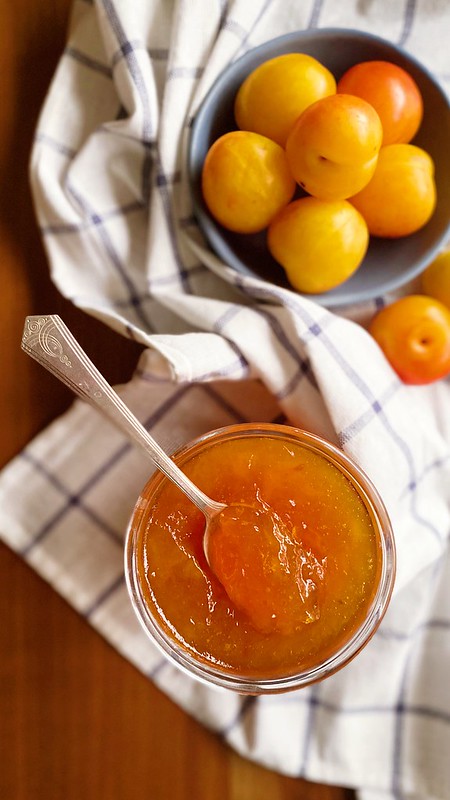 Seriously, Just Get a Candy Thermometer

Even if you only make jam once a year, it's still well worth investing in a thermometer, mostly because it's dirt cheap!

The other good news is that yellow plums are rich in pectin and have a natural acidity that helps to boost the set, which means this jam is pretty much foolproof no matter which method you choose.

Your efforts will be well rewarded with a gorgeously golden jam that's full of sweet-and-tangy plum flavour and subtle notes of warm spice. It's the perfect match for a wedge of crumbly cheddar cheese and a crusty baguette, or for spooning onto a toasted English muffin.

This gorgeously golden jam makes the most of the little yellow plums that show up at the farmers' market in the early summer.