I don’t think I could ever pick a single favourite food, but cheese definitely rates high on the list - which is why I’m super-excited to be joining the Dairy Farmers of Canada’s new Canadian Cheese of the Month club, where I’ll be discovering (and sharing!) a new Canadian cheese each month. 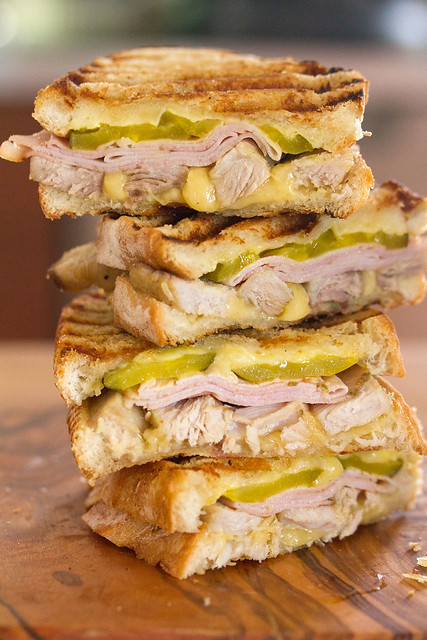 While most people don’t necessarily think of cheese as an iconic Canadian food, we actually make some mighty fine artisanal cheeses, ranging from traditional options like brie or gouda, to less traditional cheeses that are as diverse as the cheesemakers who make them.

This month’s Canadian cheese is Heidi from Farm House Cheese in BC. It’s a cow’s milk cheese produced on the summer pasture, which gives the finished cheese a rich, buttery flavour that Farm House describes as “redolent of summer grasses”. It’s similar to Gruyere, which means it’s equally good for eating straight up or melting. 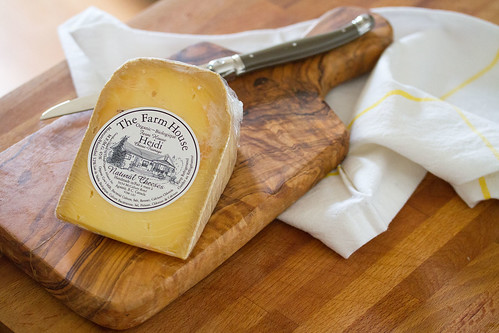 I’d have been more than happy to sit down and eat the entire wedge with some crusty bread and a glass of wine, but that wouldn’t have made for much of a blog post for you guys, so instead I decided to make something in honour of Grilled Cheese Month. (Yes, it’s totally a thing!)

Because Heidi is so similar to Gruyere, I decided to draw inspiration from one of my favourite sandwiches of all time, the Cubano. 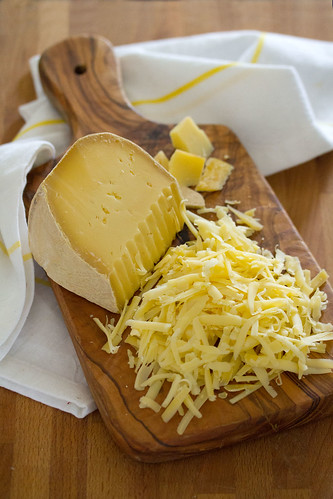 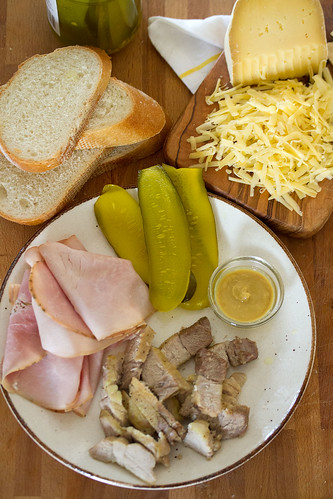 Cuban sandwiches (also known as medianoches) are a pretty common item on the menu at my house, whenever we happen to have any leftover roast pork or pork chops kicking around in the fridge.

If you’ve never had one before, you’re totally missing out… these sandwiches are made with crusty white buns filled with a combination of cheese, roast pork, ham, sliced pickles, and mustard, and are grilled on a panini press until they’re crusty on the outside and gooey on the inside. They’re just about the best sandwich there is. 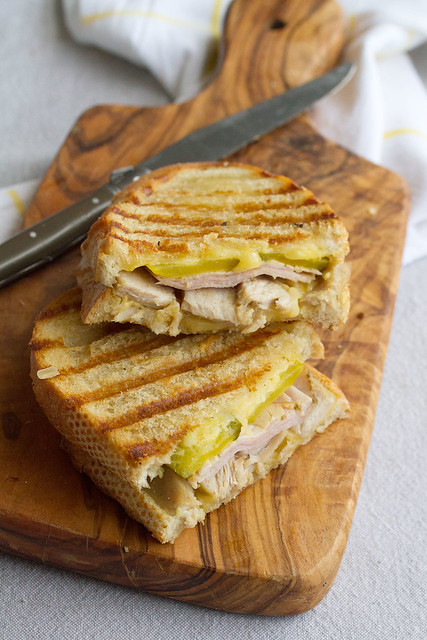 Traditionally, a Cuban sandwich is made with Swiss cheese, but in my humble opinion, the mellow nuttiness of the Heidi is an even better pairing for the salty pork and the tangy pickles.

(Just don’t say that in Miami… I hear they’re VERY particular about their Cubanos over there!)