I’ve always been a little skeptical of kitchen gadgets, mostly because they rarely make it easier to achieve whatever task they’re supposed to do. However, I make an exception for my Instant Pot, because it actually delivers on its promise and then some.

I initially bought it because I loved the idea of nearly-instant risotto and making super-flavourful chicken broth in a couple of hours, but what really made me fall in love is the fact that I can have a piping hot bowl of fall-apart tender stew on the table within an hour. It’s almost magical.

I’ve done everything from short ribs to chili in my Instant Pot, but my latest obsession is this hearty pork stew.

It’s the perfect cold-weather meal in a bowl, with tender cubes of pork shoulder and loads of seasonal root vegetables in an apple cider broth. It’s a little bit sweet and a little bit savoury, and completely comforting.

I like to serve this one with a sprinkling of parsley for freshness, and a loaf of crusty bread to soak up every little bit of sauce. 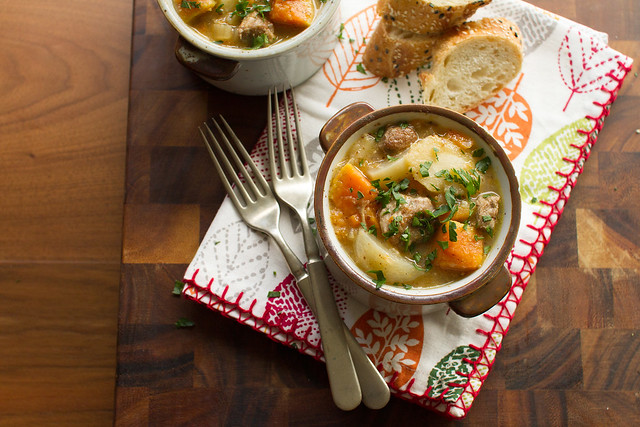 Stew on a Weeknight? The Instant Pot can do That!

As I said earlier, what really made me fall in love with my Instant Pot was the ability to make stew on a weeknight. I’ve got plenty of delicious stew recipes in my arsenal, but most of them need at least 2-3 hours of slow simmering on the stovetop or in the oven to fully break down to perfect tenderness.

The Instant Pot, on the other hand, can get stew on the table in just about an hour.

So how does the magic work? It’s actually simple science. Like all pressure cookers, the Instant Pot uses steam to create a pressurized environment. The pressure raises the boiling temperature of the cooking liquid, which allows your food to cook in a fraction of the time it normally would. It also helps to extract more flavour from meats and vegetables, because everything’s locked up under an airtight seal.

One word of warning: it usually takes about 10-15 minutes for the pot to come to pressure, so you’ll get the most bang for your buck if you use it for recipes that require a long cook time, like stocks and broths, dried beans and pulses, heartier grains like brown rice, and yes… stews. 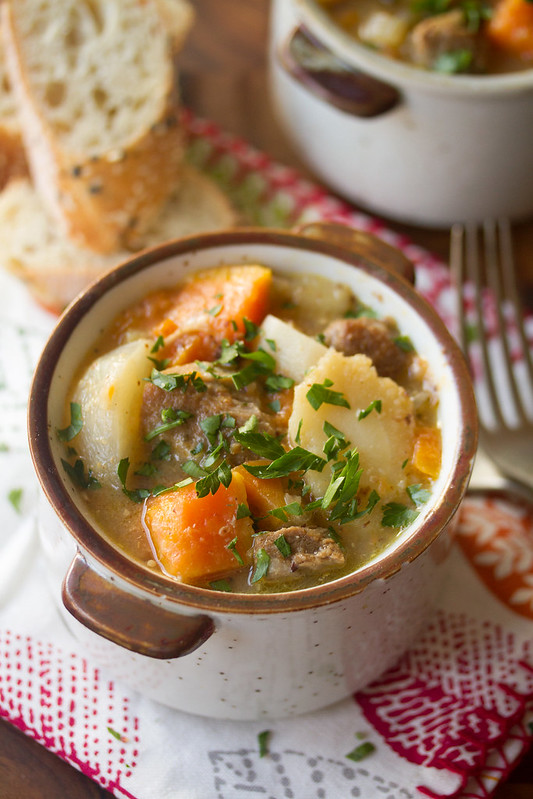 Making stew in the Instant Pot is so easy that it practically makes itself, but there are a few simple tips I like to follow to make sure my stew comes out as tender and flavourful as possible. 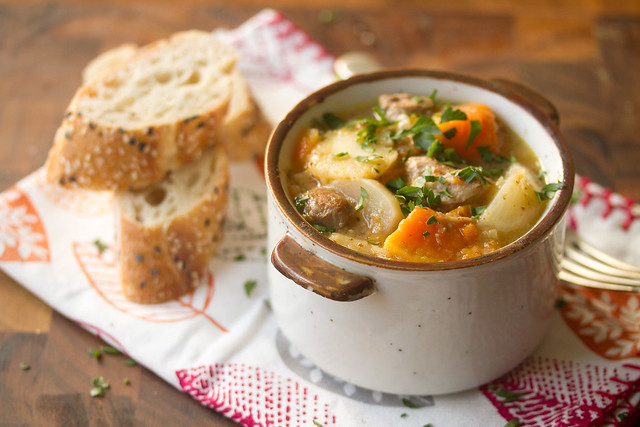 More Delicious Stews You Can Make in the Instant Pot

Almost any kind of stew can be made faster and easier with the help of your pressure cooker. Here are a few more recipes for stews you can make in the Instant Pot:

Pork stew on a weeknight? Totally doable if you’re using an Instant Pot! Cooking under pressure means you’ll have tender, fall-apart chunks of pork in just under an hour. Serve with thick slices of crusty bread for mopping your bowl clean.